If civic complaints don't even get voiced, what are the chances of any of these getting resolved before monsoons? 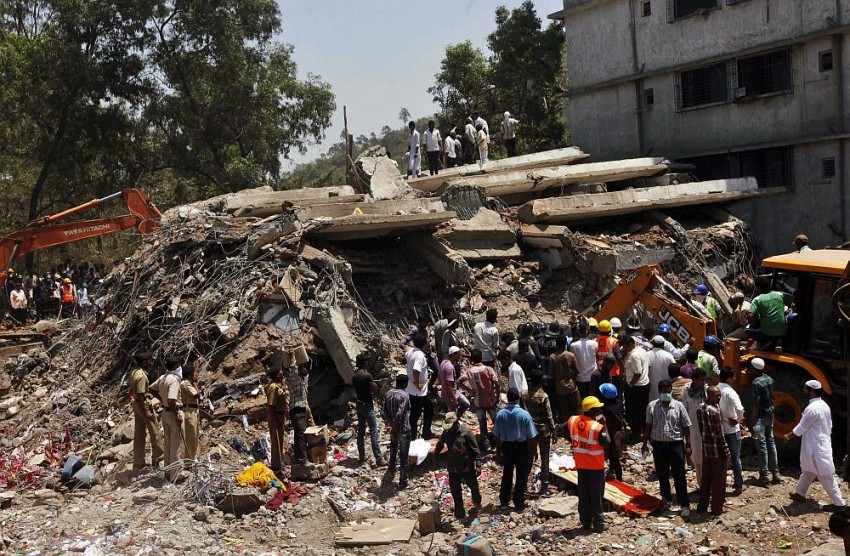 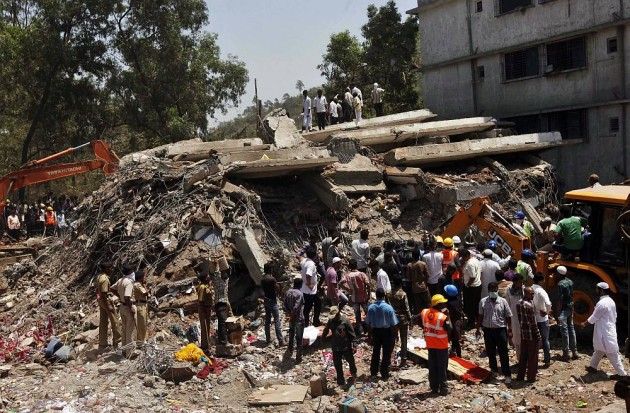 Regularise The Illegal?
In a democracy one can protest against almost anything. After 75 people were killed in the building collapse in Mumbra, the state government initiated demolition drives against illegal constructions. However, the local politicians, who started out by demanding regularisation of these buildings, decided to call for a bandh on Thursday. Interestingly, leaders of Nationalist Congress Party and Shiv Sena came together in opposing the razing of these potentially dangerous buildings, while vociferously claiming to be pro-poor (and not pro-illegal?). They have now demanded alternate accommodation for the residents. Maharashtra chief minister Prithviraj Chavan has refused to stay the demolition as of now. The survivors of the building collapse and their relatives must be wondering why this drive had not happened before…

Khadi Vs Khaki
It all started with a cop allegedly pulling up Kshitij Thakur, son of MLA Hitendra Thakur, for a traffic rule violation. It ended up with MLAs beating up the same cop in the state assembly last month. And now a committee, headed by veteran MLA Ganpatrao Deshmukh, appointed to probe the incident, has found two legislators guilty of beating up the cop. It has let off three other MLAs and recommended revoking their suspension. Moreover, it held the Assistant Police Inspector Sachin Suryawanshi guilty of “rude behaviour” and recommended a departmental enquiry. Over to the police as the tussle between Khadi and Khaki continues.

Politicians may expect to get away with traffic rule violations. But their kin seem to expect to get away with a lot more. In a hit and run case in Aurangabad, which was caught on CCTV, the minor son of an NCP minister, ran over a toddler and injured two more. While the NCP leader has denied that his son was driving the car, the son has been granted bail. It has also brought the issue of juvenile crime, debated at length during the Delhi gang rape incident, to the fore.

The Inundating Crores
Veteran social activist Medha Patkar made fresh allegations against Deputy CM Ajit Pawar, who has been in the news for all the wrong reasons, over kickbacks in a dam project in Vidarbha. She alleged that more than Rs 40 crore were paid to politicians such as Ajit Pawar, Gopinath Munde and Nitin Gadkari in the Gosi Khurd irrigation project. The project was in the news for increased project costs over time. She cited an income tax report that apparently mentions acronyms of these politicians. Pawar has of course denied the charges. He was also given a clean chit in the Rs 70,000 crore irrigation scam earlier. It is unclear if there will be an independent enquiry in this matter.

Without An Answer
Praja, an NGO working on civic issues, has released a survey saying municipal councillors do not raise questions related to civic issues. “Of the 29,852 citizen complaints related to roads, potholes etc. received by MCGM in 2012, the 227 elected representatives together asked only 100 questions on roads, repairs etc. in the ward committee meetings. In contrast, the councillors asked 127 questions on renaming of roads,” says the White Paper on Civic Issues released by Praja Foundation. In addition, in 2012, of the 16,194 complaints were received by BMC on drainage problems by the citizens, only 30 questions were asked by the elected representatives on drainage-related issues in the ward committee meetings. And 6215 complaints on water supply problems prompted 47 questions. If the complaints are not even getting voiced, what are the chances of any of these getting resolved before monsoons? Perhaps Mumbaikars are expected to brave it with their fabled spirit.

Bull’s Eye
On a positive note, the state government has declared Rs 1 Crore award for shooter Rahi Sarnobat, who became the first pistol shooter from India to win a gold medal in the ISSF (International Shooting Sport Federation) World Cup, held in South Korea. The 22-year-old Kolhapur girl was also part of the Olympic squad. She may also get a grade-1 government job. Nice to know that despite IPL continuously forcing itself down our throats with jhampak jhampak, there are other sportsmen quietly working their way up and making no gili gili aa about it.

The Bluff In Bihar