Witnesses averred that the casualties would have been high had the driver been even remotely lax on the busy route, along which three trains had just passed. 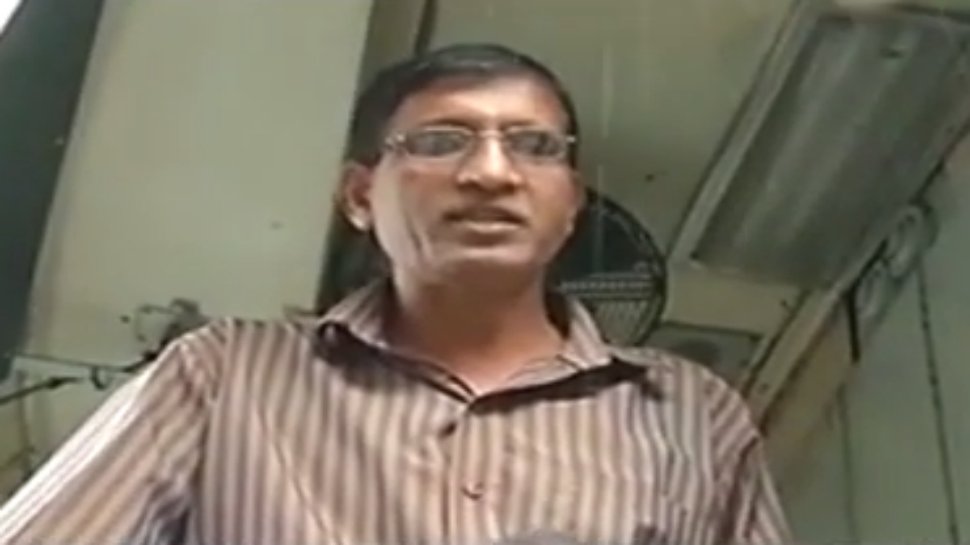 As a seasoned driver of Mumbai suburban trains, Chadrashekhar Sawant is no stranger to mounting professional challenges during monsoons in the coastal city, yet what he managed to do on Tuesday morning is widely being hailed as heroic—and rightfully so. Along the drenched tracks of the Western Railway, just as he was nearing the crowded Andheri station at 7.30 AM, the middle-aged personnel showed an exemplary presence of mind by applying the brakes on seeing a horrific sight unveil before him.

For, a portion of a road over-bridge (ROB) connecting the suburb’s east with its west came crashing down onto the tracks. Sawant had largely slowed the train, which was moving at a speed of 60 km per hour, yet was only a little over 50 metres ahead of the arterial Gokhale bridge when its southern stretch of slabs collapsed and fell along with overhead wires. “I immediately slammed the emergency brakes,” he recalls, not particularly shaken when Outlook contacted him in the evening. “It’s instant reaction, you know. Fortunately, the train stopped at just about a spot safe enough to avoid the rubble falling upon us.”

#WATCH Chandrashekhar Sawant, the Mumbai motorman who stopped train when he saw over head electric line snap,says' I immediately applied emergency brakes when I saw the line snap. A major accident was averted as it was peak hour&lot of people were around.' #AndheriBridgeCollapse pic.twitter.com/EWuRl7Ztlm

Sawant’s prompt act contained the impact of the accident, which injured not more than five people—those who were walking on the four-decade-old ROB, which authorities subsequently said had design flaws. Witnesses averred that the casualties would have been high had the driver been even remotely lax on the busy route, along which three trains had just passed. As social media showered praises on him, Railway minister Piyush Goyal, who visited the spot later in the day, announced a reward of Rs 5 lakh to Sawant, an ex-Serviceman who had joined the country’s largest employer in 1997 as a motorman.

READ ALSO: Bridge That Collapsed In Mumbai Had Cleared Safety Audit In November

In fact, Sawant’s heroics didn’t end with just applying the brakes. He put on the flasher lights of the train and held aloft a red flag to check trains from the opposite from entering the station. “We are all trained to do this,” he adds, again matter-of-factly.

Western Railway, while lauding the driver, hailed Sawant as a “true hero”. His “alertness ensured the safety of passengers inside the train,” said Ravindra Bhakar, its chief PRO.

The Government Railway Police said the five pedestrians received injuries after getting trapped under the debris. The accident brought the Western Railway line between Bandra and Goregaon to a complete halt for almost seven hours. The traffic was restored at 2.10 pm, after an NDRF team began rescue work with a Disaster Management Team and the fire brigade, under the guidance of senior Railway officers.

The injured were taken to nearby Cooper Hospital, said police adding that a special medical team of Railway Doctors was taking due care of the injured. Western Railways arranged 27 buses for the passengers stranded between Borivali and Bandra stations, along with arrangements for food.

The Commissioner Railway Safety (Western Circle) will hold an inquiry into the accident.