The playoffs for minor positions are games that teams must play. It is such situations that test the ability of team officials to motivate the boys to go out and give their best. 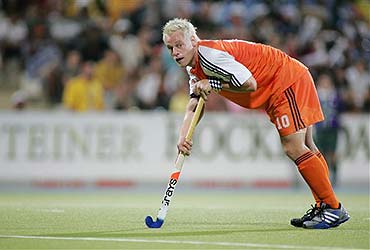 Going without a single victory in their group matches of the World Cup, the Indian team will be quite disjointed when they go into the play-off games for minor places. This is not the first time we are in such a situation.

India have played for the bottom four places in the World Cups three times, the lowest position being the last among 12 in the 1986 competition in London. Four years ago, when India finished 10th, there were 16 teams in the fray.

I know from personal experience how difficult the Indian players find these minor-position playoffs. Motivation for such matches is gone once teams have failed to put up a good show in the preliminary league, more so when your defence had been toyed with.

But these playoffs for minor positions are games that teams must play. It is such situations that test the ability of team officials to motivate the boys to go out and give their best.

Playing for the ninth to 12th spots, India still has a task at hand. They must try and avert the last position, which in 1986 turned out to be the biggest letdown for Indian hockey.

Taeke Taekema is the highest paid hockey player in the world, and now the Indians know why. The composure he displayed in scoring five goals against India during the Netherlands' runaway 6-1 victory showed why this penalty corner specialist's form is so crucial for his team.

Taekema's feat of four goals in a row came before the Indian defenders could even touch his drag-flicks, the first one coming from a penalty stroke. The Dutch used their second penalty corner shooter Roderick Weusthof only after building a massive lead that ensured they stayed in the contest for a semifinal berth if the calculation goes down to goal difference.

Weusthof made one entry on Netherlands' scorebook before Taekema returned to reproduce his magic and seal the tennis-score victory that ought to be a huge disappointment for the Indians.

Taekema's presence ensured that the Dutch faced no problems against a fragile Indian defence, whose spirit had already been shattered by frequent setbacks during the current World Cup.

The way Taekema sent his drag-flicks into the roof of the goal gave Indian goalkeeper Adrian D'Souza no chance, even though India were on level terms until the 15th minute.

The Indian defence was virtually swept off its feet by the destructive Dutch raids, allowing them to create penalty corners almost at will.

When the rivals are forcing repeated penalty corners, it is almost impossible for any defence to stay composed. The Indians obviously could not have prepared for such an onslaught, but this scoreline is a big blow to India's reputation.

It was not just the number of goals that India conceded, but the fact that Dutch goalkeeper Guss Vogels did not have to work up a sweat that should have worried the Indian team management. Even as India were conceding frequent goals, there were hardly any goal-bearing moves at the other end. Sadly, the Indian forwards have not done much in this World Cup.

The Indians obviously were aware of what awaited them in their last pool encounter, but it seems they did not have the nerve for this encounter despite being on level terms until the 15th minute when Dilip Tirkey's penalty corner conversion drew parity within two minutes of Taekema's first strike through a penalty stroke.

Then Taekema produced his string of marvellous penalty corner strikes.

The Dutch might have lost their Olympic and World Cup crowns during the past four years, but they have the rightful claim to being the most successful hockey team of the past decade.

Netherlands' two successive Olympic titles at Atlanta in 1996 and at Sydney in 2000 was linked with the title triumph at the 1998 World Cup title in Utrecht, making them the team to beat in world hockey.