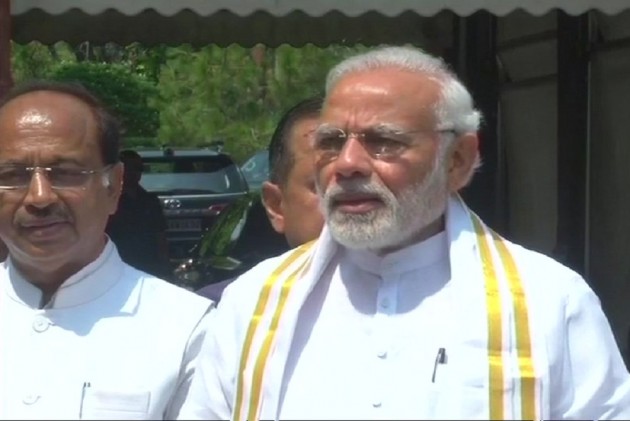 Before the beginning of the Monsoon Session of Parliament on Wednesday, Prime Minister Narendra Modi asserted that the government is ready for any discussion on any issue raised by political parties.

Modi told reporters that discussion on several issues is necessary for national interest and urged political parties to make maximum use of the time available in the session, which will continue till August 10.

He said he had always hoped for a productive session and striven for this and his government would continue to do so.

"Any party wants to raise any issue, this government is ready for a discussion," he told reporters just before the beginning of the session.

The more extensive the discussion in Parliament, the better it is for the country, he said, adding that it will always help his government in decision making.

Referring to the ongoing Monsoon season, he said some parts of the country have received less rain and some others are facing different problems. He called for discussion on these issues.

The Monsoon Session begins today and will end on August 10. It will have 18 sittings.