The Pharaohs' superstar has been sidelined since suffering a shoulder injury in Liverpool's Champions League final loss to Real Madrid on May 26. 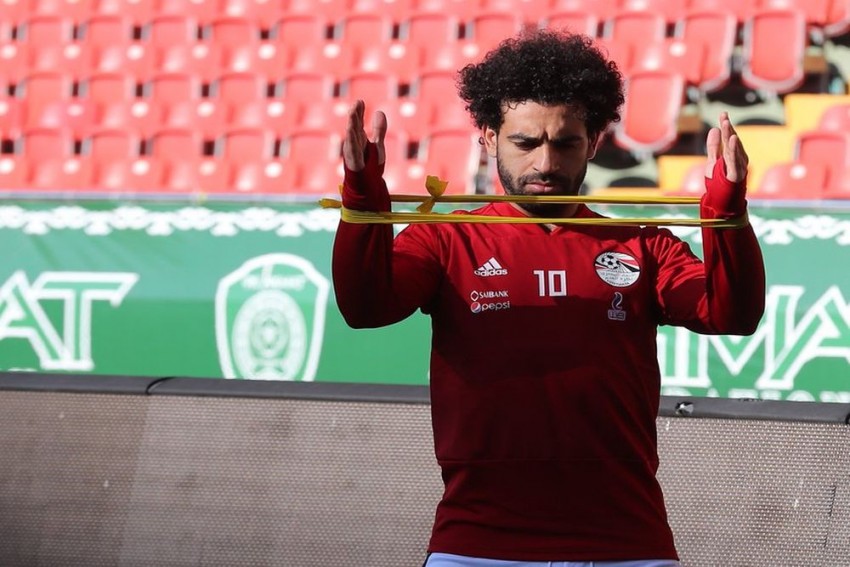 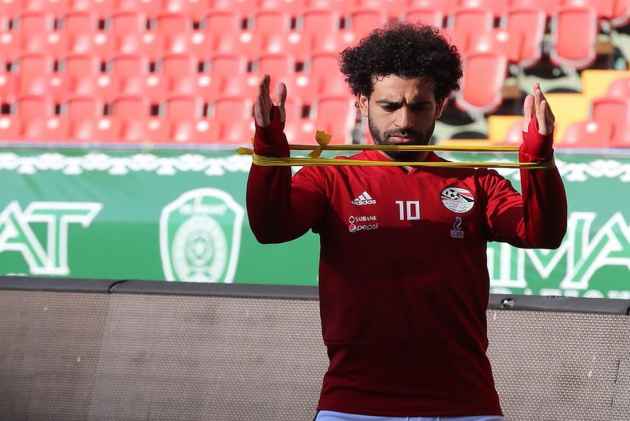 Mohamed Salah gave Egypt's World Cup hopes a huge boost on Wednesday when he joined a squad training session at their Grozny base.

The Pharaohs' superstar has been sidelined since suffering a shoulder injury in Liverpool's Champions League final loss to Real Madrid on May 26.

However, an AFP reporter saw the forward take part in his first training session since the injury, going through a range of warm-up exercises with his teammates.

Team director Ihab Lahita was cagey about Salah's progress, saying there was no guarantee he would play in Egypt's Group A opener against Uruguay on Friday.

"There's a good degree of progress but no definitive decision on whether he takes part, as we are following his case day by day," he told reporters.

Salah arrived in Russia with serious doubts about his participation due to the shoulder injury, which occurred when Sergio Ramos wrestled him to the ground in the final.

But such has been his form for Liverpool, with 44 goals in all competitions this season, that he was included in the Egypt squad simply on the off-chance he could play.

On May 30, Egypt officials said Salah would be out for "not more" than three weeks, which would rule him out of the Uruguay match but put him in the frame for Russia on June 19 and Saudi Arabia on June 25.

Team doctor Mohamed Abou al-Ela said over the weekend that Salah would not play "unless he has totally recovered".

The player sat out Egypt's first training session after arriving in Russia but was optimistic about his prospects.

"I'm excited. God willing I'm well-prepared and things are going well and my morale is high," he told AFP on Sunday.

Salah is regarded as a contender for the Ballon d'Or, alongside Argentina's Lionel Messi, Portugal's Cristiano Ronaldo and Neymar of Brazil.