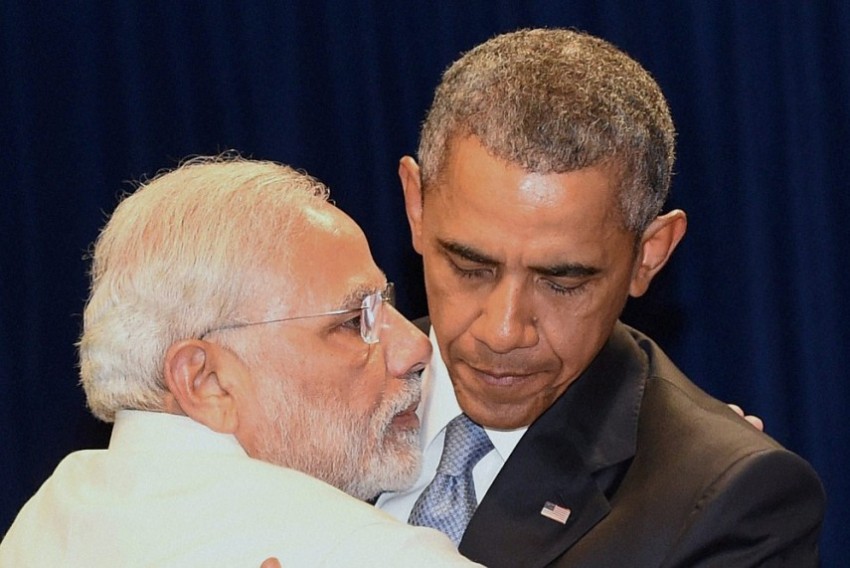 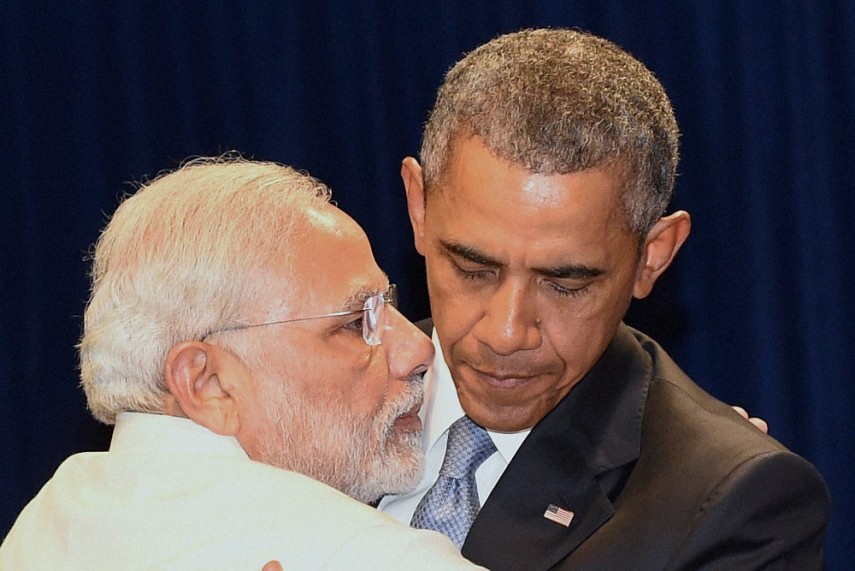 Given the cacophony of our civil society discourse on domestic issues, one might expect a similar vibrant national conversation on foreign policy. But when it comes to strategic matters, the liberal intelligentsia and media have few interventions to make. Delhi's bloated strategic community seems even less interested in strategy or India's role in the world. Fortunately, there are sober observers who are expressing concerns about the direction of India's foreign policy. The core critique of the Modi government's foreign policy is that it is drifting into a military alliance with America without a proper national debate or a sensible assessment of its national interests or even a sober assessment of global trends.

It would be inaccurate and unfair to place all the blame at Modi's door. In fact, the basic continuity of foreign policy since the late 1990s has been one of the remarkable and understudied features of the post-Cold War era. And that basic path has not been without strategic logic. India's rapprochement with the US after 1998 was a sound policy and reflected both an inevitable reaction to a unipolar moment and the necessity of integrating into the global economy. China followed a similar path after Deng Xiaoping's internal transformation of Chinese socialism.

Even the 2005 nuclear deal in a narrow sense was positive development because it blunted the containment towards India's strategic nuclear program without any overt intrusion or linkage with other foreign policy actions. Of course, ensuring that India conformed to US strategic interests in various areas (for example, Iran at the time) was Washington's declared goal. It attained mixed results, at best. Indeed, by the time UPA-2 came to power, Indian foreign policy seemed to be returning to a new normal — one where a stable relationship with Washington would be pursued but without closing the door on expanding an independent role for India.

Again, this was a reaction to circumstances. The global economic crisis had tainted not only the dominant framework for a modern political economy but heralded a declining capacity of the US to regulate world politics. Even as these geoeconomic shocks were being internalized by Indian elites, geopolitical changes were also occurring in different regions. The period of great power peace was coming to an end. For one, Russian intervention in Georgia, an event more significant for its challenge to a Eurasian order that had been trotting along unopposed since 1991, than simply a limited military operation on Russia's frontiers. The Chinese too were questioning the merits of their "keep your head down" policy, believing their time for great power status was near.

For India, 26/11 ended all illusions (until recently!) on crafting a modus vivendi with a troubled and incorrigible Pakistan. Indian policymakers perceived a changing world, even though they could not fully discern the various patterns or the consequences of change. The years immediately preceding Modi's victory was one of flux both in global events and in domestic ideas. Unsurprisingly, like today, that period ought to have seen thoughtful debates and conversations, yet few occurred.

Fast forward to May 2014. We get a new government in a context where geopolitical trends in many regions were changing faster than the global economy, whose basic post-2008 crisis imbalances were prevalent in most major economies. In retrospect, it is clear that three significant choices were made as the government settled in. To accelerate Indo-US strategic relations, harden the relationship with China, and, pursue an asymmetric and conciliatory policy with Pakistan.

What is interesting here is not simply the pursuit of these three inter-related policies, which are consistent with earlier patterns, but rather the emphasis on these moves by Delhi. And, it is in the realm of strategy where the Modi government has been less successful in spelling out its arguments or showcasing the efficacy of its foreign policy. Let's explore the consequences of its choices. Has there been a cost-benefit analysis of the overt alignment against China? For example, an advantage might be closer strategic ties with Japan, the possibility of receiving advanced technology transfers, and domestic investment. These benefits ought to be empirically observable.

On the cost side, one might expect a closer Sino-Pakistan alignment on sub-regional issues and Beijing doing more to strengthen Rawalpindi's political and military capacity. This cost-benefit linkage can be expressed differently: does India's attempt to shape the balance of power on China's maritime periphery affect the balance of power in South Asia and particularly on the India Pakistan front? The idea here is not to advocate a binary position but to suggest that such questions ought to lie at the heart of evaluating shifts in foreign and security policies.

Let's explore the India Pakistan tango. Most of it is an old movie. It would be impetuous to suggest that professional diplomats and strategists would get hustled by the Pakistanis in the manner that it is apparently occurring. If Modi's deeper aim is to craft a kind of unity in the subcontinent that is obviously a welcome posture. Indeed, the May 2014 gesture to invite South Asian leaders to the inauguration ceremony foreshadowed a closer attention to the immediate region.

Maybe what we see is an attempt to craft a responsible stakeholder image in the region and demonstrate the extent to how far India can go to dampen the conflict. Again, this policy is not new. But to be losing your shirt with Pakistan is hardly buttressing India's regional and global prestige. Again, we must explore the efficacy of a policy. If India could blunt Pakistani hostility on cross-border terror by low-cost gestures, however distasteful to many, that would be a worthy outcome. But that is not occurring. Pakistan's calculus and patterns of behaviour are deeply institutionalised and cannot be reversed without a complete transformation in Indian statecraft. Sadly, Indian policymakers including this government have lacked the ambition and stomach for developing a sustained policy framework that might take upto a generation to yield decisive outcomes.

This brings us to the core question that is being raised by some analysts. Have Indian policymakers decided to make a decisive shift in its terms of engagement with America? To this may be posed another question: whether Indian foreign policy in South Asia and the extended neighbourhood is being re-oriented to make it consistent with a strategic alignment with America? Again, the debate should be centred on geostrategic logic and whether contemporary circumstances impel such a choice. There are typically two facets or reasons for forging a de-facto alliance. Shared threats and congruent conceptions of world order. Let's explore each of these.

It clearly can't be based on shared threat perceptions. Whether Pakistan as an existential and ideological adversary or China as a sub-regional competitor and rival, America's conception of South Asia's order can never coincide with India's. India seeks regional leadership and a modicum of a sphere of influence, while the US promotes a balance of power (regardless of its nomenclature) and does little to deflect Chinese involvement in the subcontinent. In fact, Pakistan is a rare area of agreement between America and China in an otherwise now mistrustful relationship.

Certainly, in the Asia Pacific and Western Pacific, India sees America's strategic presence as a countervailing check on China's strategic expansion. But even here, the exuberance that emanates occasionally from Indian analysts who project an Indo-Pacific maritime role as a kind of panacea to Asia's future balance and India's own security is bemusing. At best, it is a tacit Indo-American convergence of interests, which does not necessarily require all the fanfare of an Indian navy running around like a gun for hire. As alluded to above, every theoretical act at maritime balancing in the Pacific implies tangible counter-balancing actions in India's heartland.

But what about a shared conception of world order? Here again, the US seeks to preserve a world where it is at the top, while India seeks a multipolar balance and a world of civilizational and cultural diversity. Even the complexion of different regional orders — whether it West Asia, Eurasia, East Asia — the Indian approach prefers a security architecture that is a blend of balance of power, norms and accommodation rather than hierarchical security blocs eye balling each other.

None of the above is to make an argument to curtail India-US relations but rather to anchor it in a realpolitik framework that is not dependent on wishful thinking or dubious assessments of the international environment. The post-1991 world is in a state of tremendous flux where we are witnessing a clear transition from a stable geoeconomic and geopolitical order, which was underwritten by a cohesive US-led hegemonic bloc towards a more decentralised multipolar world where several regional powers will attain greater sway in the coming decade.

If we are lucky, the US might pragmatically adapt to a changing world by assuming a more sustainable role that safeguards some of the virtues of a global interdependent system. India, for its part needs to be more circumspect on its strategic choices, be more sensitive to external conditions, and, doggedly preserve its strategic independence for the tumultuous years ahead.