Home  »  Website  »  National  » Reportage  »  Modi Mocks Rahul Gandhi's Gesture To Make Him Stand Before Hugging, Says He Is In 'Hurry' To Get PM's Chair

"What is the hurry," Modi said, while referring to Gandhi's hand gestures when he came across to PM's chair and hugged him during the non-confidence motion debate. 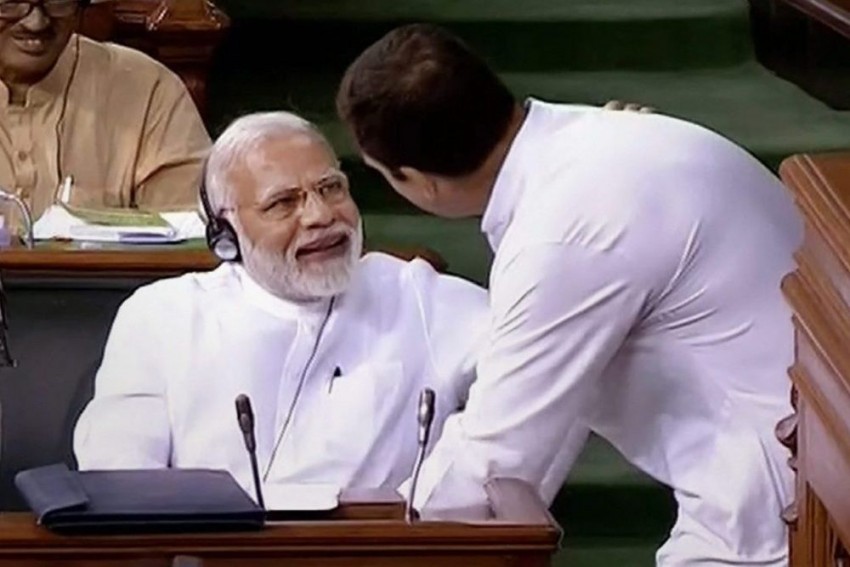 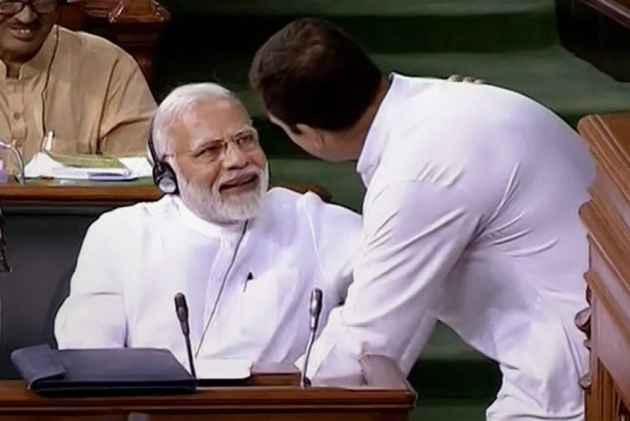 Prime Minister Narendra Modi today mocked Rahul Gandhi for his gesture to make him stand from the seat before hugging in Lok Sabha, saying it shows the Congress president's arrogance and hurry to get the PM's chair.

Speaking during the no-confidence motion, Modi said only the 125 crore people of the country can decide who would sit in the prime minister's chair or who can be unseated.

"What is the hurry," Modi said, while referring to Gandhi's hand gestures when he came across to PM's chair and hugged him during the non-confidence motion debate.

Modi initially looked non-plussed and did not stand up, but recovered quickly and called Gandhi back and patted him on the back.

He also appeared to say a few words, which were inaudible. BJP MPs sitting behind Modi watched the brief interaction open-mouthed as the prime minister smiled at Gandhi as he walked back to his seat.

In his reply, Modi asked all Lok Sabha members to dismiss the non-confidence motion, which he said was driven by arrogance and Congress' attempt to test its own probable allies.

Earlier in the day, Gandhi had launched a scathing attack on the prime minister accusing him of being a "bhagidar" (collaborator), instead of a chowkidar (security guard), while alleging corruption in the multi-billion dollar Rafale jet deal between India and France.

He also accused Modi and his government of indulging in "jumla strikes', saying the people were the victims of his "gimmickery".

'Rahulji Is Like My Son, It's My Duty As A Mother To Correct Him': Sumitra Mahajan On Cong President's Wink