Her remarks came after SP chief Akhilesh Yadav cancelled the victory celebration for his party nominee Jaya Bachchan to be held in the state capital on Saturday. 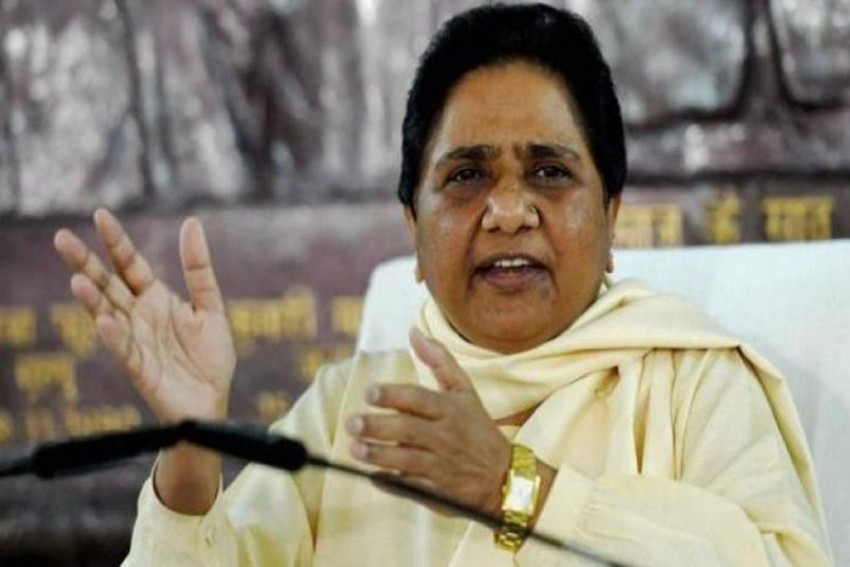 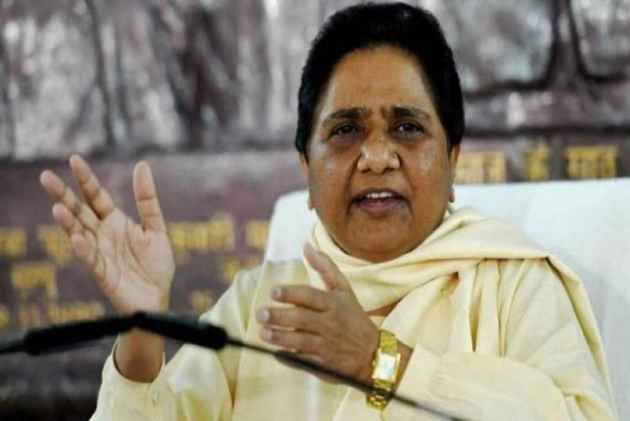 BSP supremo Mayawati on Saturday asserted that her party's understanding with the SP will not be affected by the defeat in Rajya Sabha polls and that she will not allow the BJP's "design" to create a rift between the two parties to succeed.

Her remarks came after Samajwadi Party (SP) chief Akhilesh Yadav cancelled the victory celebration for his party nominee Jaya Bachchan to be held in the state capital on Saturday as a sign of solidarity with the BSP whose lone candidate backed by the SP lost in the Rajya Sabha polls.

'There will not be an iota of difference in the close understanding between the BSP and SP because of the Rajya Sabha results on Friday," Mayawati said at a press conference, clearly indicating that the BSP is keen to consolidate its association with the SP which is seen as a major reason for the BJP's defeat in two prestigious Lok Sabha seats of Gorakhpur and Phulpur seats.

After it wrested the two seats with the BSP's backing, the Samajwadi Party had reciprocated by promising to ensure victory of BSP candidate Bhimrao Ambedkar. However, the BSP lost out in a cliffhanger yesterday.

"I am thankful for the support of Congress and SP whose seven MLAs voted for BSP candidate as well as one SBSP MLA Kailash Nath Sonekar who voted as per his conscience and will stand by him in case he faces any trouble in future," Mayawati said, alleging "the BJP tried every trick to defeat the BSP candidate and indulged in malpractice".

"I want to warn the BJP and RSS that I will not allow their design to create rift between the new understanding among the BSP and Samajwadi Party to succeed under which they conspired to the defeat of BSP candidate in the Rajya Sabha election," she said.

The BSP president also claimed that BJP leaders will resort to "unfounded allegations" to break their understanding and indicated that she was ready to put behind the bitter past with the SP.

The BJP leaders will remind her about the state guest house case in 1995, when an attempt was allegedly made on her life by SP men, Mayawati said and added that the present SP chief Akhilesh Yadav was nowhere on the political scene then.

The BSP chief suspended her MLA Anil Singh, alleging he cross-voted in favour of the BJP to serve his business interests.

Meanwhile, the Samajwadi Party said it had planned a function at the party headquarters here to celebrate the victory of its candidate Jaya Bachchan, but since the other candidate, Bhimrao Ambedkar (BSP) lost, party president Akhiliesh Yadav has cancelled it.

Senior leaders including Akhilesh Yadav and others were scheduled to attend the programme but "there appears to be no relevance of it now" after the other candidate supported by the party failed to make it through, party spokesman Sunil Singh Sajan said.

He alleged that Ambedkar could have easily won the election but the ruling party had misused power to bag the seat .

Similar views were also expressed by BSP national general secretary Satish Misra who said that they got the SP votes and it was only "misuse" of power by the BJP which led to the defeat of his partys candidate.

He, however, said that any decision on alliance with the SP in future polls will be taken by BSP supremo Mayawati

Misra claimed that the votes of the SP, BSP and Congress remained intact in the election.

"BSP candidate Bhimrao Ambedkar got all the votes as well as one vote extra," he told reporters late last night after the completion of the Rajya Sabha election process.

After the BJP won nine out of 10 Rajay Sabha seats seats, Chief Minister Yogi Adityanath had claimed that the election had exposed the "opportunistic face of SP". "It can take votes but not give votes in return", he said referring to SP's victory in the recent Lok Sabha bypolls in Gorakhpur and Phulpur.

Uttar Pradesh Deputy Chief Minister Dinesh Sharma termed the alliance of the SP and the BSP as "lathabandhan" (a tie-up to intimidate people), and said the opposition in the state is finding itself "politically unsafe"

"In fact, the alliance is not based on any principle except on 'Modi hatao, BJP hatao' (Remove Modi and BJP)," Sharma said, and claimed that the recent elections in the northeast states and the Rajya Sabha polls yesterday have shown that the opposition's dreams are not going to come true in the near future.