Based on the Alpha variant, it is available with both petrol- and diesel-fed engines 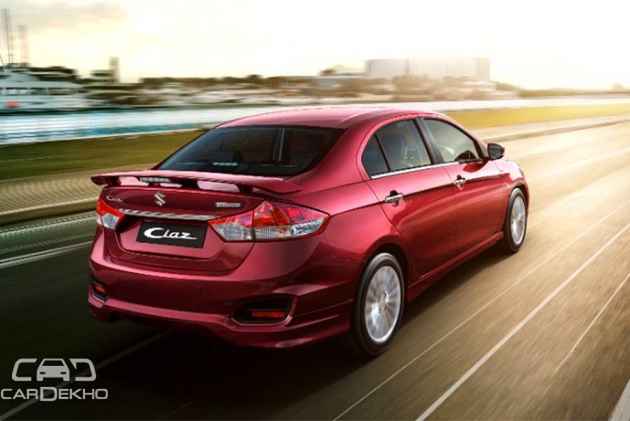 Maruti Suzuki has expanded the Ciaz lineup by adding another trim level. Called the Ciaz S, it is available with both petrol- and diesel-fed engines. While the petrol-powered Ciaz S is priced at Rs 9.39 lakh, the diesel will cost Rs 11.55 lakh (both prices, ex-showroom Delhi). Both the variants are based on the Alpha trims of the standard car. With these prices, the Ciaz S petrol sits above the Alpha manual variant by just Rs 11,000 and tops the diesel variants by the same amount. 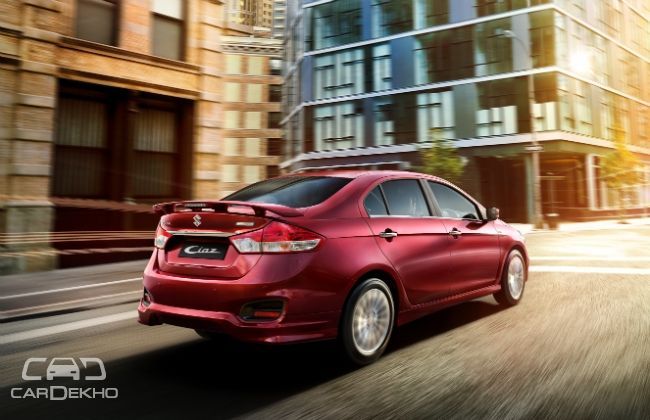 So what do you get for the extra money? Since it is the ‘S’ variant, you’d probably end up linking it to a sporty avatar. And you’re right! On the outside the Maruti Suzuki Ciaz S gets front, side and rear under spoilers and, a trunk-mounted spoiler with an integrated stop lamp. This surely gives the sensible sedan an aggressive stance. Step inside and you’ll be greeted with an all-black interior trim, grey chrome inserts on panels and black leather seats. Frankly, that’s a whole lot of style for just Rs 11,000.

Unfortunately, the Ciaz S is not available with the automatic gearbox and hence undercuts the Zeta AT by nearly Rs 48,000 and Alpha AT by approximately Rs 1.03 lakh. Mechanically, everything else remains exactly the same. Where the 1.4-litre petrol motor pumps out 92PS/130Nm, the 1.3-litre diesel engine produces 90PS/200Nm. Transmission duties for both the engines is handled by a 5-speed manual transmission. The Ciaz has been nothing less than a blockbuster for India’s largest carmaker. Since its launch in October 2014, the Ciaz has clocked over 1.7 lakh units for the company. At present, the Ciaz dominates its segment with a market share of 43.5 per cent. That’s astonishing when you consider its rivals include the iconic Honda City, the super-fast Hyundai Verna and the rock-solid VW siblings - Skoda Rapid and Volkswagen Vento.