Manifesto For The Inner Witch

The fierceness and strength of old women is wonderful. 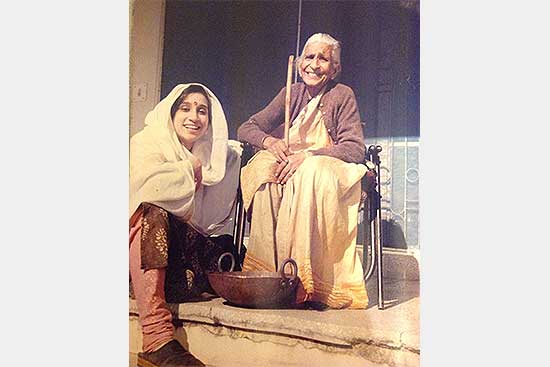 At the age of 14, I was in a bus with a family member who was the target of a pickpocket. She was petite and pretty and very slightly built; she figured that the burly man standing next to her had his hand in her bag and was scrabbling around. Not being prone to unnecessary histrionics or hysterics, she simply held the hairy hand that was still in her bag in a friendly, though no nonsense grip, and then calmly bent down and took a gianormous bite out of it.

The dazed would be pickpocket let out an outraged yowl, as anyone disturbed and bitten viciously in the harmless act of picking pockets would. Then I saw my companion on the bus take out a small folded parasol from her bag and give the yowling man a fair number of pretty hard thwacks before he recovered enough to push through the crush of bodies and leap off the still running bus.

I was horrified, as anyone who has just witnessed a near assault (the failed attempt to purloin a purse) and a full assault (the bite and the beating) would be. All the other passengers began to crowd around and ask questions and comment loudly on how the situation had been handled. The consensus was clear, the man had got more than his just desserts but as one of the passengers put it, "mataji, well done! you beat him so mercilessly, mujhe achcha bhi laga aur bura bhi"

The mataji in question was my companion on the bus, my grandmother, 75 years old at the time, 4'10" in her slippers and not more than 45 kg in weight. Frail and delicate, she was totally unfazed by the situation or by being cast in the limelight. She used her new found celebrity status on the bus to evict two seated passengers and claim those seats for us, ignoring my embarrassed squawks of nani please, you sit, I'm ok. "Sit, sit," she chortled to me, patting the seat next to her. "they are all giving up their seats now because they are scared I will whack them or bite them too."

This was my grandmother - petite and pretty, soft spoken and poised, an ace embroider, fabulous cook, a biter of thieves, a whacker of naughty grandchildren and random strangers alike, a woman who occupied her femininity and fierceness with equal ease.

Feisty and fabulous in her old age, she was the poster girl for all women who are done with folding themselves into shapes that they no longer want to fit into. Demure and dutiful in her youth and middle age, she had found her voice as she grew older. To the enduring delight and mortification of her family, the voice she found was irreverent, strong, intelligent and unafraid. Literally. She had an opinion on most things that was amazingly well informed and on the money, she hated pomposity and loved taking the mickey and she cursed infrequently but like a sailor. (Yes, "those" cusses, the ones you're thinking of. Yes, my GRANDMOTHER, bless her soul)

She read cheap Hindi potboilers written by someone called Colonel Ranjit?. The garish covers always featured some permutation or combination of the following elements -  a blushing woman in a partial stage of undress, a rose, a dagger and a few drops of blood. These were murder mysteries which obviously involved women with heaving bosoms in serial adventures with luridly red roses and bloody daggers and Nani couldn't get enough. "Premchand is ok when you're young, but give me Col Ranjit and Phantom comics any day" she used to cackle unembarrassed,  every time we discussed her literary tastes. 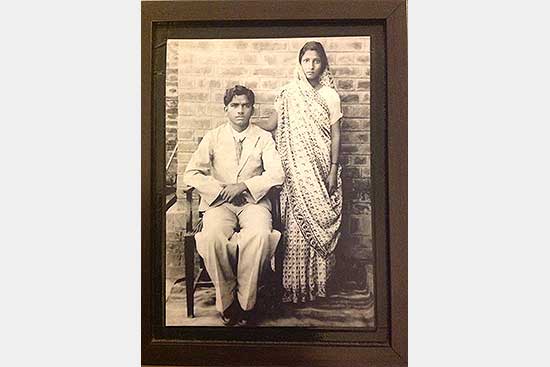 Her ??homies were for the most part demure old biddies, pious and whey faced. They met once a fortnight for a kirtan, where they were all supposed to sing devotional songs (terrible idea - they had the musical talent of a chorus of bullfrogs on heat.) While for most I'm sure their devotion (if not their ability) was genuine, for some, who lacked my grandmothers fearlessness, just the appearance of piety was an important ruse.

One of them had always wanted to cut her hair short - which (for a respectable middle aged, middle class lady in those days) was exactly as viable a life goal as wanting to learn to pole dance. So at the age of 70 she decided that she would go on an annual pilgrimage to Tirupati, and "offer" her hair. Not all of it of course, but some of it. No one can actually vouch for the fact that the pilgrimage ever happened but for many years, Nani's kirtan buddy would emerge spiritually ?(and coiffured-ly) ?recharged ??after her purported trips down south.

Another one who generally had no interest in the kirtan proceedings suddenly became incredibly pious. She decided to embark on a series of crude bargains with God - and started giving up all nature of foodstuffs in return for the promise of good health for various family members. My grandmother cottoned on pretty quickly that her buddy's new found devotion was basically her forever renouncing the food that she hated eating or deemed too fiddly to cook anyway.

Today, when I look back on all these old biddies who lived their lives in a fug of duty and self deprivation and decided at some stage to break out in these microscopic assertions of wildness and wantonness; I feel happy and sad. Happy that they managed to acknowledge and realise their own private longings and desires in small but meaningful ways and sad that most of them had to wait till they were old to be fearless enough to do so.

??The fierceness and strength of old women is wonderful. Somewhere along the way, when women realise that they actually do possess the boldness and tenacity to chase down the small joys in life - that tipping point unleashes a fabulously merry, subversive and unafraid life force. A lifetime spent simpering softly and dutifully can often mask unexpectedly simple and childlike dreams - short hair, the desire to read trashy pulp fiction, the freedom to cuss when pissed mad (or to whack someone trying to pinch your purse or your bottom), the ability to eat only yummy things.

I remember my other grandmother, my dadi, who lived a life that Nirupa Roy (the eternally self sacrificing mother of Bollywood) would have envied - mired in privation and self denial. But after all her kids were settled and my grandfather died, she refused to live "sensibly" anymore. Without saving a red cent, and to the mortification of her grown up kids, she spent her entire pension every month on buying and eating only the choicest cuts of meat. The fact that she considered the transfer of her entire pension every single month to the butcher to be one of her wisest investment decisions, makes me deliriously happy.

?So. Note to self. Embrace inner wild child. Celebrate fierceness. Don't fold yourself to fit a shape, any shape. Be fearless in haircuts and life both. Bite the hand that violates you. Spend more time at the butcher. Read crap if it makes you happy. Sing loudly even if completely out of whack. Use piety to further interests of inner witch.

The sooner I start, the more life affirming cackly years of happiness I will have.

My Beef With No Beef