Man Arrested In Gauri Case Linked To Sanathan Sanstha, An Organization Accused of Manipulative Use of Hypnosis

Naveen Kumar, described as a native of Maddur, around 100 kilometres south-west of Bangalore, was arrested on February 19 with bullets for a .32 mm calibre revolver. 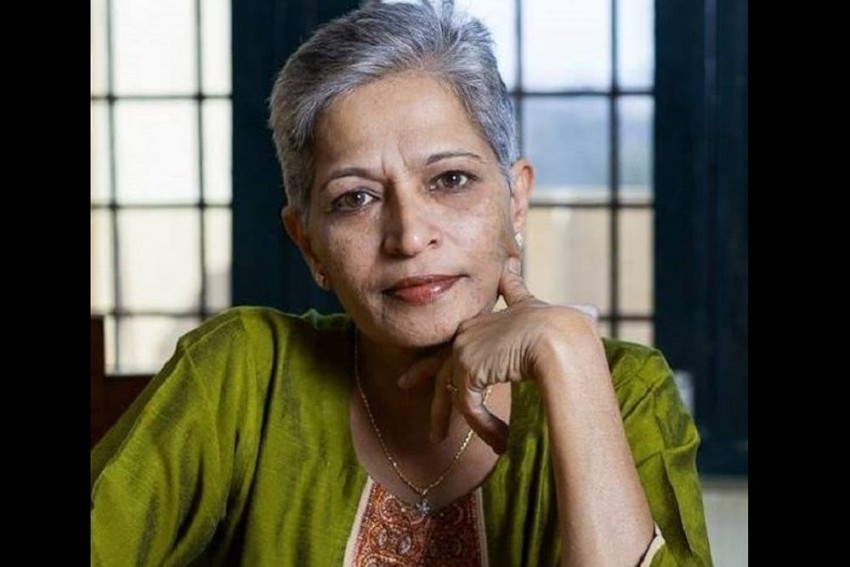 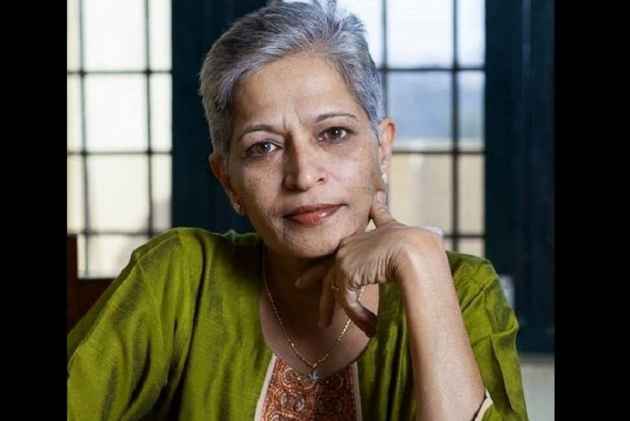 A man arrested by the SIT for his alleged involvement in the murder of journalist Gauri Lankesh is suspected to be closely associated with Hindu outfit Sanatan Sanstha,an organization that was accused of killing rationalists Narendra Dabholkar and Govind Pansare and manipulative use of hypnosis.

Naveen Kumar, described as a native of Maddur, around 100 kilometres south-west of Bangalore, was arrested on February 19 with bullets for a .32 mm calibre revolver.  According to investigators, he had formed an outfit called Hindu Yuva Sena in 2014.  Kumar reportedly started getting closer to the Sanstha in 2017, three years after he had formed his own right-wing Hindu outfit.

A report by The Indian Express said Kumar had  organised a “sabha” of Hindu activists in a wedding hall at his home town Maddur in Karnataka last November, a little more than two months after the murder of Gauri Lankesh on September 5.

The sabha, says the report,  was a joint venture of the Hindu Yuva Sena’s Maddur unit — headed by K T Naveen Kumar, and the Hindu Janajagruti Samiti, a sister concern of the Sanatan Sanstha based in Goa’s Ponda.

Police investigating murder of Lankesh have also seized books and materials linked to the Sanstha from Kumar's possession, adding fuel to speculations of his links with the outfit. Besides attending meetings of the Sanstha, Kumar is also reported to have met  a senior lawyer of the Sanstha while in custody.

The Sanatan Sanstha, on the other hand, has consistently denied being involved in Gauri Lankesh's murder. Weeks after she was shot dead outside her appartment, the outfit said it had nothing to do with the murder and appealed to the Karnataka government for a fair probe.

The radical Sanstha, some of whose sadaks (volunteers) have been accused in the killings of rationalists Narendra Dabholkar and Govind Pansare in Maharashtra, had earlier said it is being targeted and demanded that the probe look at the ‘naxal angle’ too.

Forensic analyses suggest similarities between the markings on the cartridges and bullets recovered from the murder scene and those from the murder of Kannada scholar MM Kalburgi in Dharwad in August 2015. The SIT, however, has so far denied that there's any proof to link the two murders.

The families of Dabholkar and Pansare, however, had wanted the role of the organisation to be investigated.

Gauri Lankesh, who edited the Kannada tabloid Gauri Lankesh Patrike and was a staunch critic of right-wing politics, was shot dead on September 5, 2017 around 8 pmoutside her home in Rajarajeshwari Nagar in Bangalore, in an attack similar to that on Kannada writer and scholar M.M. Kalburgi in Dharwad two years ago.

Sanatan Sanstha followers have been named in the murder cases of rationalists Narendra Dabholkar and Govind Pansare, but a lesser known story is of a PIL filed by four petitioners in the Bombay High Court in 2011 asking for a ban on the organisation for its manipulative use of hypnosis.

The petitioners cite the cases of their wives, sons, daughters and other kin who suddenly left home to join the organisation and refused to return.

“(The) petitioners…state that the son, daughter, wife and some of (their) relatives …(were) attracted to the activity of the trust, leaving the parents and/or…guardians…as a result of (the) hypnotism system adopted by the…trust and its members,” says the PIL, which is being heard by the Bombay High Court.  The daughters of three of the four petitioners left them to join the organisation when they were in their early twenties. The petitioners claim the head of Sanatan Sanstha, Dr Jayant Athawle, a psychiatrist, can use hypnosis techniques to get the followers to commit crimes for their goal of establishing  what they call ‘Ishwari Rajya’ (god’s kingdom).

The petitioners claim that the Sanstha uses the “principles of Ericksonian hypnosis”. By this “technique”, the petition reads, “individual members...as well as masses in the society can be hypnotised” and “any person under the impression of this technique loses his prudent wisdom and work(s) only according to the direction of hypnotist.... As a result of practising this system, it is very easy to plan and commit...destructive activity.” In February 2017, the Centre filed a reply to the court saying there is not enough material evidence to ban the organisation. Sanatan Sanstha has den­ied these allegations in the past and said that the followers have chosen to pursue the path of spirituality.

SC Allows Individual To Draft 'Living Will' For Euthanasia