The MAMI Film Festival in Mumbai started with conflicted emotions and in solidarity with the #MeTooMovement. 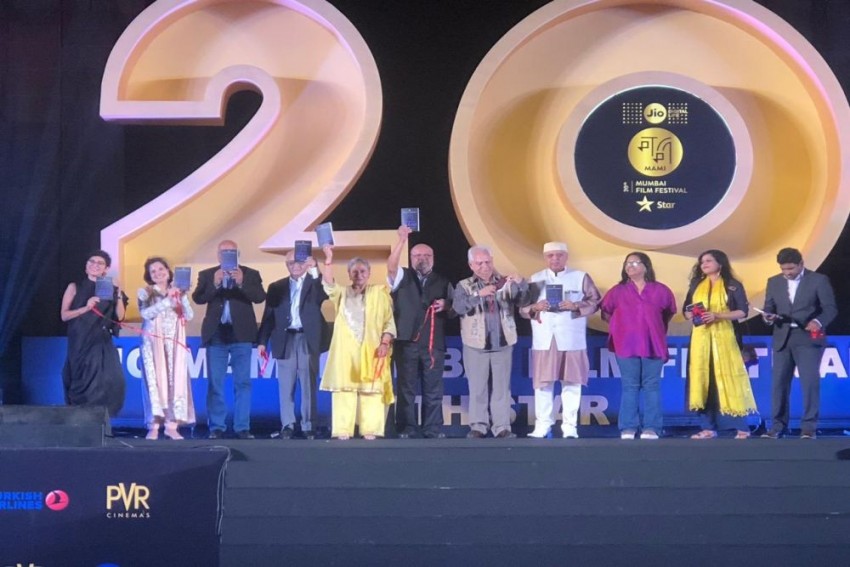 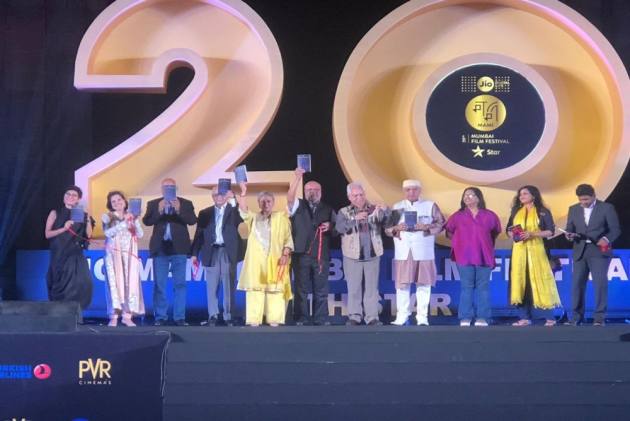 Under the open sky, with the iconic Gateway Of India on its backdrop, the 20th Jio Mumbai Academy of Moving Image (MAMI) Mumbai Film Festival started on Thursday night on an emotional note, in solidarity with the #MeTooMovement that aims to create a much inclusive environment at the workplace.

Considering the fact that the #MeTooMovement in India is gaining momentum, calling it a 'profound collective reckoning' festival director Anupama Chopra said at the opening ceremony, "we are starting the festival with conflicted emotions, in solidarity with the #MeTooMovement. We decided to exclude certain films from the festival."

Being the jury member of the Dimensions Mumbai, filmmaker Rajkumar Hirani said, "I think it is a great initiative to have a section where filmmakers under 25 (years old) get a chance to showcase their work on the big screen. I still remember when in the film institute we made a film which was shown on the big screen. The joy of watching it on the big screen was stunning. So I am absolutely looking forward to these films."

After the #MeToo movement intensified in the entertainment industry, MAMI dropped AIB production's "Chintu Ka Birthday" from the festival's lineup over allegations of sexual misconduct against two of its members - Tanmay Bhatt and Gursimran Khamba.

Recently, filmmaker Anurag Kashyap, who has been accused of shielding director Vikas Bahl in an alleged sexual harassment case, stepped down as the board member.

Rajat Kapoor's "Kadakh" was also dropped from the festival as the actor-filmmaker was accused of harassment.

Filmmaker Shazia Iqbal questioned the festival's decision to drop her short film "Bebaak", which had Kashyap as co-producers.

Anupama said, "The MeToo movement has forced all of us to look within and ask 'what could I have done differently? What changes now?' We come to this edition with conflicted emotions. In solidarity with the movement, we decided to exclude certain films from the festival".

"As filmmakers and film lovers, we understand and regret the pain we have caused. I want to personally apologise to all the people we have disappointed," she said.

Anupama said the academy is hopeful that the decision will only bring in positive change.

"We are also charged and hopeful that the decision we took to stand with the women who had the courage to raise their voice will lead to an environment that is constructive, inclusive and just," she added.

The festival honoured the iconic filmmaker Shyam Benegal with the Excellence In Cinema Award.

Bollywood superstar Aamir Khan, who along with veteran actress Jaya Bachchan gave away the award to Benegal said, "Shyamji is one of my favourite filmmakers and his films created a deep impact on me, so I am so happy to be here. I think the film industry owes you so much, Sir."

This one's especially dear to our hearts as the master filmmaker is one of the founding members of MAMI. Here's @aamir_khan presenting the Excellence in Cinema to the legend behind Ankur, Junoon and Manthan, Mr. Shyam Benegal. #ItHappenedAtMAMI #JioMAMIWithStar2018 pic.twitter.com/aNBjRB4OiM

Benegal who felt very emotional receiving the award said, "This is like my one hand giving the award to another I feel like a very much part of MAMI. I was one of the founder members of the festival; and back then, I used to think that people who are part of MAMI should give themselves some awards also. Well, I lost, they won, now I won this award."

This year, a book has been published that captured the detailed journey of the festival for the last 20 years. The book is authored by Sucheta Chakraborty, Ruklina Bose.

After unveiling the book in the presence of festival directors and board members like Anupama, Smriti Kiran, Kiran Rao along with Benegal, authors and publisher of the book, Jaya Bachchan said: "About 25 years ago, I told Amit Khanna to start a film festival here in Mumbai. Back then he said, it is impossible to happen. However, a few years later when we started the festival, I was so happy to see Amit on board with us.

The film festival will continue till November 1.