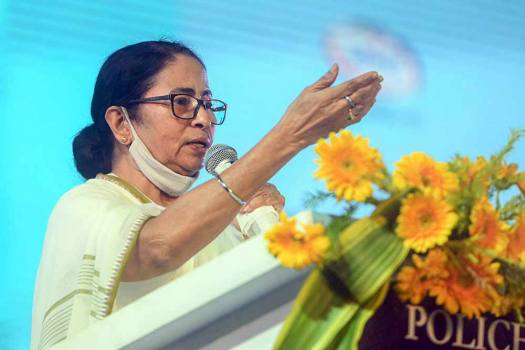 Chief minister Mamata Banerjee on Wednesday hinted that the government was going to expedite the process of starting mining-related activities in Birbhum’s district’s Deucha-Pachami coal belt, which is being dubbed as Asia’s largest coal reserve.

“My next industrial destination is Rs 15,000 crore project in Deucha-Pachami, which is the world’s second-largest coal mine. The amount of electricity generated will ensure that there is no dearth of power supply in Bengal in the next 100 years. This will make electricity cheaper as well,” she said on Wednesday while attending a government programme in Kolkata.

She also said that the first phase of the project was ready. It has been one of her pet industrial projects that she has been highlighting since 2018.

WB will emerge as number one destination for industry: Mamata

Notably, ahead of the 2021 assembly elections, she had said that the government over the past decade had focussed on ensuring basic delivery and that the focus of her third term would be generating employment.

“The rehabilitation project for the second phase has also been planned. Housing, schools, colleges, hospitals, infrastructure – everything will be provided,” she said on Wednesday.

The project, while promising to generate thousands of jobs, has also created anxiety among a section of local residents because not only some villages will have to be acquired and the population displaced but the project will also include areas where several illegal stone quarries and crusher units run at present.

When the question of compensating existing mining and industrial units will come, these illegal mines will most likely not be considered. However, currently, these illegal mining activities provide a livelihood to several hundred families and resistance from them is being anticipated by the administration.

It is one of the reasons why the chief minister had, in 2018, announced that she had taken a go-slow policy to ensure the project is implemented without triggering protests from local residents. "This (project) shall be done in phases and with full public support by adopting best mining practices in a time-bound manner," she had said three years ago.

The coal block has an estimated reserve of 2,102 million tonnes, spread across 12.31 square kilometres. The project is likely to require land from 34 villages, the population in most of which are dominated by the tribal people.

A Bengal minister who is involved in the planning but did not want to be identified said that having come to power leading anti-displacement struggles at Singur and Nandigram, she would surely not like to be seen as a land grabber, not the least ahead of the 2024 Lok Sabha elections, as the party is busy portraying her as a leader with a national and inclusive vision.A faction of the local tribal organization, Birbhum Adibasi Gaonta, had earlier threatened violent protests if their land was taken without taking them into confidence.

“Let the project start without hindrances. It will be easy then to deal with troublemakers deliberately trying to foment disturbances, with ulterior, political motives,” another minister said, on condition of anonymity.

In 2018, when Mamata Banerjee had written to prime minister Narendra Modi that she would like to have his presence when the project is inaugurated, the BJP’s Rajya Sabha MP Swapan Dasgupta cautioned Modi in a letter, saying that he should not accept the invitation without making a proper inquiry because there were local-level issues related to the environment and displacement.