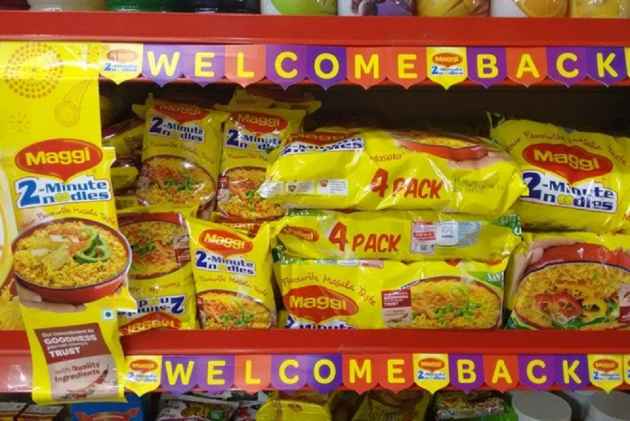 In the wake of recent reports of ash content found in popular instant noodle, Maggi, Nestle India while rubbishing the same clarified that the product is 100 percent safe for consumption.

"We wish to reassure our consumers that Maggi Noodles are 100 percent safe for consumption. We strongly reiterate that at no stage of the manufacturing process, ash is added to Maggi Noodles. It is a case of applying standards basis an old advisory issued in 2015. Now, Food Safety and Standards Authority of India (FSSAI) has laid standards for Instant Noodles, Pasta and Seasoning. MAGGI noodles are fully compliant with this," a Nestle India spokesperson clarified.

"In the spirit of complete transparency and basis information available, we are sharing with this statement a summary comparison of the analysis reports (which appeared to have been used by the adjudication officer). As you will notice, Maggi Noodles is fully compliant with the standards set by FSSAI. Maggi Noodles have always been safe for consumption and will continue to be," the spokesperson added.

Earlier last week, the Shahjahanpur district administration imposed a fine of Rs 45 lakh against the Nestle India after its Maggi product samples collected from here were found to be of "sub-standard" quality.

The samples were collected late last year and Rs 17 lakhs fine was imposed on three distributors too.

"There were seven cases where the product was found to be sub-standard. The samples were tested by the food and safety department of the district," Shahjahanpur Additional District Magistrate Jitendra Kumar Sharma told ANI.

The district administration said the fine was being imposed nearly two years later, as it had been hearing representations from Nestle officials and distributors during the period.