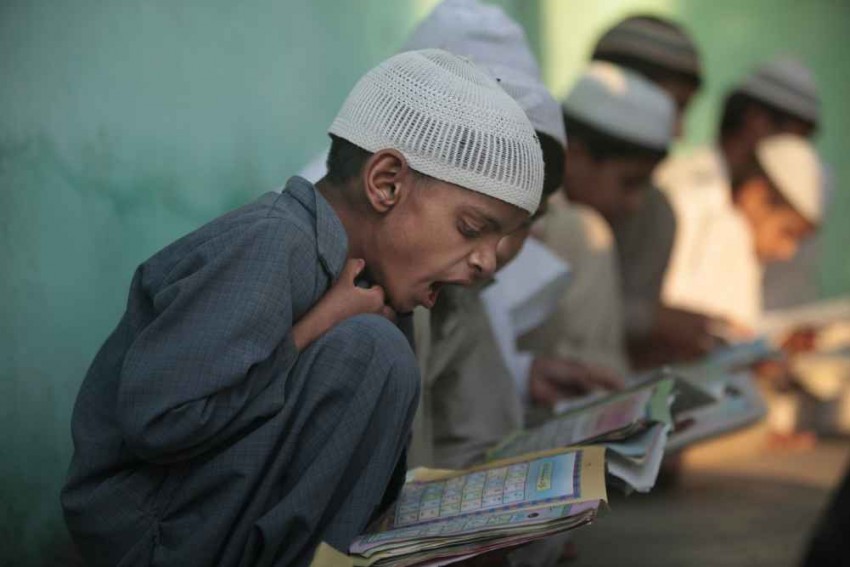 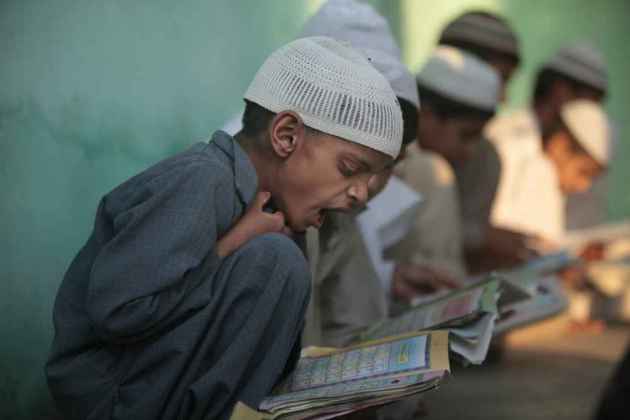 "Education of terrorism is being given in madrasas. [Madrasas] are making them terrorists and jihadis... Muslim youth in madrasas are being motivated for “love jihad” with offers of cash rewards — Rs 11 lakh for an affair with a Sikh girl, Rs 10 lakh for a Hindu girl and Rs 7 lakh for a Jain girl. It is not in national interest. Tell me about one madrasa where tricolour is hoisted even on August 15 and January 26.... Most of our schools do not take the aid but it is being given to madrasas having no connection with nationalism."

The attempt to link madrasas with terrorism is not new to India. Madrasas were made infamous even before 9/11, primarily by right wing Hindu organizations who alleged that madrasas were involved in anti-Hindu propaganda. The charges were that madrasas taught jihad and indoctrinated impressionable Muslim minds to indulge in anti-national activities. Thus Sakshi Maharaj, the MP from Unnao, is only reiterating the long held beliefs of the BJP. And this is precisely the reason why we will not see any condemnation of his statement from the top brass of the BJP.

To be fair, such warped thinking has not been the sole preserve of the BJP. Thus Budhadeb Bhattacharya of the Communist Party of India (Marxist) made a similar sounding statement when he was the chief minister of West Bengal. However, in this open season of Muslim bashing, it would be fair to say that it is the BJP’s sting which hurts the most.

Propaganda cannot be countered by facts alone. But for those who still have some regard for facts, here are some:

The fact that some terrorists did spend some time in some madrasas does not transform these institutions into dens of terror or jihad factories. We definitely do not call London School of Economics a jihad factory just because Omar Saeed, a British jihadi convicted of killing Daniel Pearl studied there.

Part of the problem is the misconception that all madrasas are monolithic and that all of them end up teaching the same kind of Islam. The reality is very different: there are madrasas of very different orientations.

To start with, there are madrasas which are state-funded and those which are independent of any state support. One look at the curriculum of state funded madrasas is enough tell us that they are not very different from what are considered regular schools.

The independent madrasas are divided along sectarian lines. Primarily theological centres, these madrasas are controlled by one of the many sects in Indian Islam. They can be Deobandi, Barelwi, Ahle Hadis or Jamat-e-Islami. All these sects have very different readings of Islam and the primary purpose of these madrasas is to refute other sects’ interpretation of Islam.

Thus, for a student studying in a Barelwi madrasa, the most important adversary is a Deobandi and not Hindu. Although madrasas are understood as Islamic institutions, the very notion of Islam itself is contested. The very reason why these madrasas exist therefore is to prove that their interpretation of Islam is correct and that the other sects’ interpretation is false.

There is very little time and scope within these theological madrasas to think about Hinduism or Christianity. That madrasas teach anti-Hindu literature can only be alleged, or thought, by someone who has no understanding of the institutions.

These independent madrasas face very different sorts of problems. Students studying there have a bleak future because these institutions do not equip them for a place in the opportunities available in the modern world.

There is, however, an urgent need of completely overhauling these madrasas. The Congress and various other ‘secular’ formations have for long played with the educational future of these Muslim children.

While promising to 'reform' madrasas, these parties have only played in the hands of the orthodox mullahs who see nothing wrong with the madrasa system as it exists.  By demonising madrasas, the BJP is doing the same: the insecurity that such allegations generate goes a long way in strengthening the hands of the conservative Muslim leadership.

Nature Is Not Nation