The bus boat has the capacity of 35 passengers, drivers and four rescue operators, and is equipped with air conditioner and an LCD television, said Abdul Hanan from 'Sukhnag Enterprises'. 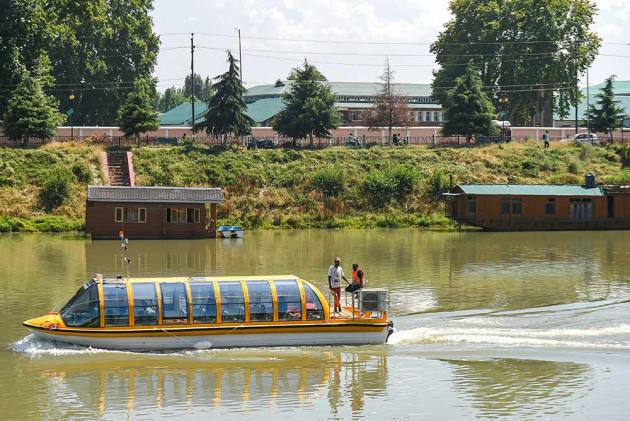 Officials said on Thursday that the trial of a luxury bus boat has been conducted succesfully on the Jhelum river. Restoring the water transport services  in the valley is the primary objective of launching luxury boats.

They also confirmed that  a private company namely 'Sukhnag Enterprises', is behind the launch of the luxury bus boat on trial basis in the river.

The bus boat has the capacity of 35 passengers, drivers and four rescue operators, and is equipped with air conditioner and an LCD television, said Abdul Hanan from 'Sukhnag Enterprises'.

He said the trial run was conducted from Lasjan bypass to Zero bridge near the city centre under the supervision of the marine engineers from Mumbai.

“The bus boat has been procured from outside the country,” he added.

He said the initiative was taken by the tourism department to revive water transport in the Kashmir valley.