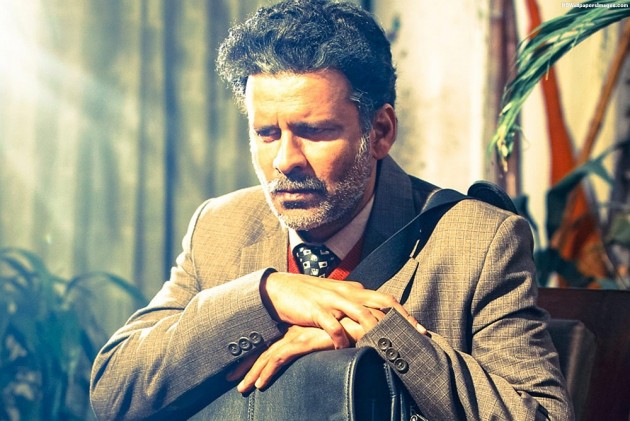 When Hollywood was showcasing the acting chops of Tom Hanks and Denzel Washington in the sensitive drama Philadelphia (1993), sexual minorities in India were dealing with the aftermath of the cringe worthy Mast Kalandar (1991). Anupam Kher played "Pinku" in the film, the first mainstream gay character in Hindi films. Pinku is the homosexual son of villain Amrish Puri , who can't keep his hands off Prem Uncle (Prem Chopra), and even sings him a gay version of "Ek Do Teen" in a discotheque. Pinku's bete noir is the macho hero Shankar (Dharmendra), who forcibly shaves off Pinku's pink hair in one scene. In short, Pinku was an object of derision. The film channelised the deep rooted revulsion towards alternative sexual orientation in India in the 1990s, and tried to make light of it in the most insensitive manner.

In 1996, Robin Williams, Gene Hackman and Nathan Lane turned in brilliant performances in Mike Nichols' outstanding comedy, the Birdcage. What was remarkable about the Birdcage was that while it made fun of everybody, including macho men and effeminate men, the jokes were incidental to the story. The tender moments between the lovers Williams and Lane, and the deep bonds of love which bind them with their affectionate son, is what the film is truly about. The climax song "We are family", in which conservative WASP Senator Hackman mixes happily with cross dressers in an attempt to escape the paparazzi , truly gladdens the heart.

In India, on the other hand, after the regressive Mast Kalandar, by way of comedy we had to be content with Kantaben fainting at the slightest hint of affection between Shah Rukh Khan and Saif Khan in Kal Ho Na Ho (2003). And then came Dostana (2008), ostensibly our coming- of -age homosexual film which starred mainstream actors in homosexual avatars. Unfortunately, Dostana seemed to mostly laugh at the homosexual characters, rather than with them. In the same year, the sympathetic portrayal of transvestite Munni in Shyam Benegal's Welcome to Sajjanpur (2008) tried to counter the on-screen mockery of people of alternative sexual identities.

Philadelphia was perhaps the first mainstream American film to deal with the serious subject of homophobia, and AIDS. It took Hindi cinema 12 years to reach the same milestone. Film maker Onir's outstanding My Brother Nikhil was released in 2005. And now, a decade later, we have Aligarh. Time to applaud the handful of courageous Indian film makers who have treated the subject of homosexuality with maturity, sincerity and sensitivity, despite all odds. Here's a look at some of their films:

Fire (1998): Deepa Mehta came under immense pressure around the time of the release of Fire; the film was released in India 2 years after its screening at the Toronto International Film Festival. Loosely based on Ismat Chugtai's famous story Lihaaf (1942), the film portrayed a lesbian relationship between two lonely daughters-in-laws , both neglected by their husbands, and craving affection and sympathy. Its release sparked an outrage in the country. Later films like Girlfriend (2004) which focused primarily on the physical attraction between two young girls, played by Isha Koppikar and Amrita Arora, did not see similar outrage, despite steamy sequences. Nor did a spate of similar films that followed, which clearly intended to titillate the audience. Perhaps the reason why Fire created such furore was that it exposed the underbelly of the Great Indian Family, which, as the film showed, could push couples stuck in dysfunctional relationships towards exploring their sexuality.

My Brother Nikhil (2005): Onir and Sanjay Suri's poignant film is the story of Nikhil, a young swimming champion, who suddenly finds himself at the receiving end of hatred and ignominy, when he is found to be HIV positive. His own father throws him out of home, he is illegally detained in a TB sanatorium for 3 months, shunned and left to die a lonely death. The story is narrated by Anamika , Nikhil's sister, played by Juhi Chawla, who, along with Nikhil's partner Nigel, steadfastly stands by Nikhil. The film was inspired by the life of Dominic d Souza, an AIDS activist. Heart-rending performances from the whole cast, especially Sanjay and Juhi. Truly a brilliant, touching portrayal of a young life destroyed by blind prejudice.

I Am (2011): I Am is actually four fine films based on four unique stories, combined into one—I am Afia, Megha, Abhimanyu, Omar. Rahul Bose played Omar, an unsuspecting young man who , one night, accepts the offer of company from a struggling actor, only to get sucked right into a morass of blackmail and depravity . The earth moves from beneath Omar's feet when he realises that his partner was part of the set up. Rahul Bose conveys complex emotions like betrayal, using only his eyes. A stunning performance in a hard hitting film.

Aligarh (2016): Forthcoming release Aligarh is another feather in director Hansal Mehta's cap. It's a deeply moving tale, based on the true story of Dr. Siras, Professor of Marathi at the Aligarh Muslim University, who finds himself framed in a diabolical plot conceived and executed by his colleagues. His privacy is invaded, he is subjected to utter humiliation, and in a travesty of justice, his services are suspended. Manoj Bajpai plays Siras with a rare delicacy, showing great economy of expression. The courtroom scene, where Siras takes pains to describe his male visitor on the fateful night as a "friend" despite ugly comments in the court, demonstrates how the true gentleman Siras fights to retain his dignity even when faced with vulgarity.

In an outstanding scene, maestro Madan Mohan's ghazal from the film Anpadh, with lyrics by Raja Mehdi Ali Khan, gets a whole new interpretation. Bajpayee , a gentle, old, lonely yet not a bitter man, nurses a drink, softly singing the song "Aap ki nazaron nay samjha , pyaar kay kaabil mujhe" to himself. Magical.

With Aligarh, without a doubt, the tough, tortuous journey of the mature, sensitive Indian film on the theme of alternative sexuality which started with My Brother Nikhil, comes right back on course.