London PM May To Announce Brexit Negotiations '95 Per Cent' Settled

May has been on the receiving end of a furious backlash from Brexit hardliners in her own party after indicating at an EU summit last week that she could accept a longer post-divorce implementation phase than previously envisaged. 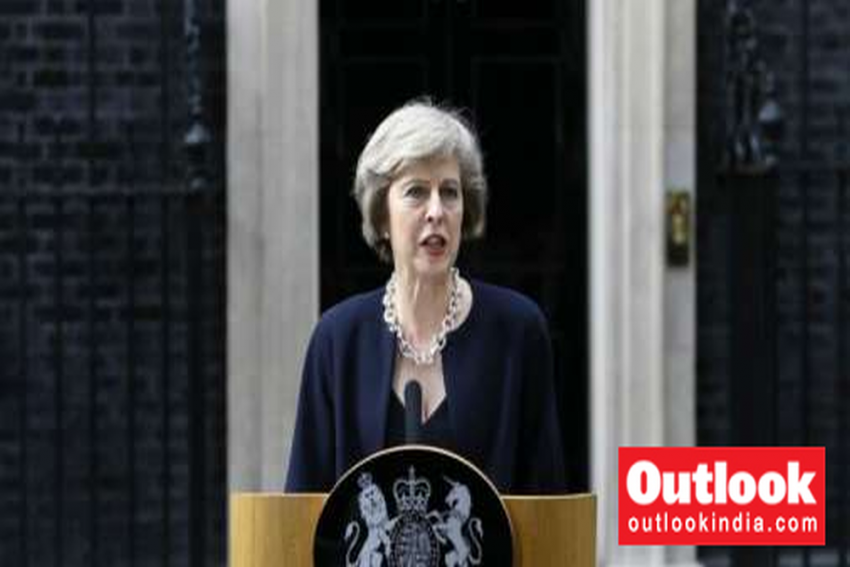 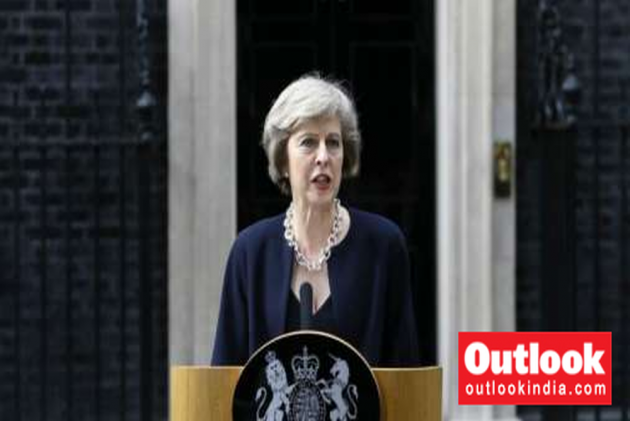 London Prime Minister Theresa May will announce that Brexit negotiations are "95 per cent" complete in Britain's parliament on Monday but that she cannot accept the European Union's Northern Ireland border proposals -- as she faces down an increasingly mutinous faction within her own party.

May has been on the receiving end of a furious backlash from Brexit hardliners in her own party after indicating at an EU summit last week that she could accept a longer post-divorce implementation phase than previously envisaged.

Her shift aimed to break an impasse in negotiations between London and Brussels over how to keep the Irish border open after Brexit, by giving the two sides more time to agree their future relationship.

But it infuriated Brexiteer colleagues who fear remaining tied to the EU for years after Britain's formal departure next March.

Several Sunday newspapers said rebellious MPs were preparing a fresh bid to topple her leadership this week, many carrying colourful off-record quotes from the plotters.

In a bid to calm passions, May will address MPs in the House of Commons on Monday where she will say the divorce deal with Brussels is nearly done.

"Ninety-five per cent of the Withdrawal Agreement and its protocols are now settled," she will tell parliamentarians, according to a partial transcript released by her office late Sunday.

Highlighting progress in the year-long talks, she will say agreements have now been reached across a broad range of issues including with Spain on the status of the British Overseas Territory of Gibraltar, and with Cyprus on the UK's military bases there.

"We have broad agreement on the structure and scope of the future relationship, with important progress made on issues like security, transport and services," she will say.

But on Ireland she will seek to reassure MPs in her own party that she will not bow to the EU's current proposals.

"As I set out last week, the original backstop proposal from the EU was one we could not accept, as it would mean creating a customs border down the Irish Sea and breaking up the integrity of the UK," she will say.

"I do not believe that any UK Prime Minister could ever accept this. And I certainly will not."

The so-called backstop is a proposal to keep either Northern Ireland or all of Britain in a customs union should future trade talks end in deadlock.

Talks have stalled over how to stop its land frontier with the Republic of Ireland, an EU member, becoming a hard border again.

London believes customs and other checks can be avoided through a new trade agreement with Brussels, but accepts the need for a fallback plan until that deal is agreed.

However, the two sides have so far been unable to settle the terms of this so-called backstop.

France's Europe minister Nathalie Loiseau told the BBC Sunday that the bloc needs "definitive answers, or at least no temporary measures which disappear and we don't know what to do afterwards".

Despite voting in favour of a split from Europe, the British public remain deeply polarised on Brexit.

On Saturday more than half a million anti-Brexit protesters hit the streets of London, the largest demonstration since 750,000 people showed up against the Iraq war in 2003.

‘We Don’t Know Where The Body Is,’ Says Saudi FM On Jamal Khashoggi