Listening to the Bard of Alif

Apart from touring with his band, performing solo, dropping albums and collaborating with other artistes from Kashmir, Muneem also teaches Urdu poetry in Pune's Symbiosis university. 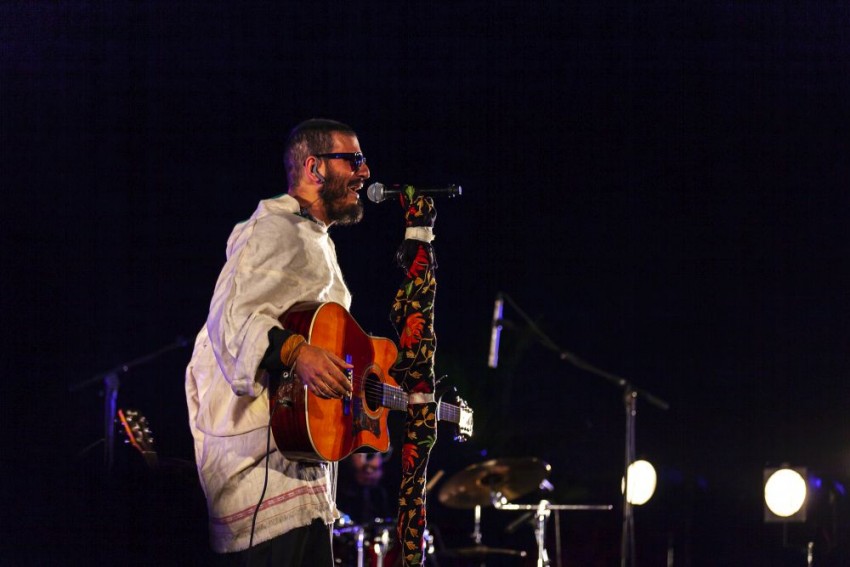 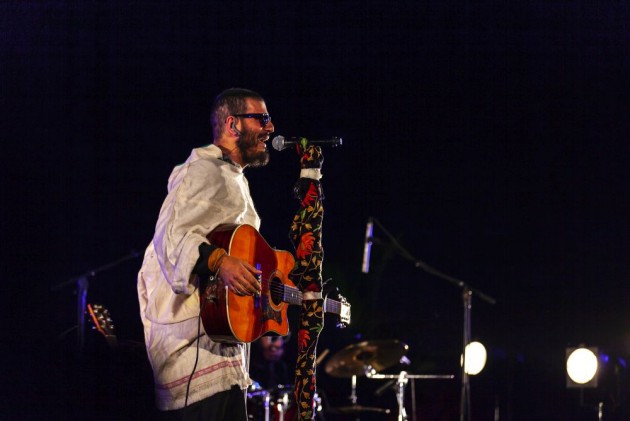 Mohammad Muneem, singer and lyricist of the band Alif, talks about the communicative power of poetry, writing and singing in Kashmiri and living amid conflict.

Alif has the usual line up of a contemporary rock band: a five-piece arrangement with a vocalist, bass, guitar, keyboard and drums. Then, how do they fit in the lineup for a roots music festival? There are no rules, of course, for what's folk and what's not. It still begged some inquiry. When they came up on stage on October 27 for the 2018 Jodhpur RIFF (Rajasthan International Folk Festival), half the crowd left their seats to jive in front of the stage. The music was contemporary alright, but had striking originality. The idea of the band, centered in frontman Mohammad Muneem's poetry in Kashmiri and Urdu, as well as his renditions of other poems from the past, was indeed strongly rooted.

They unleashed a flood of emotions on stage that day, taking the audience in and out of upbeat satires, dark laments and painful notes shrouded in beautiful melodies. You could call that the signature sound of Alif. Muneem has trained in opera singing for six years, which shows in the powerful lilts in many songs. In all, the band manages to create a theatrical effect while performing. At one point, after singing one of the dark laments, Muneem looked around, reading the crowd, and magnanimously offered. "Ok, what do you want, something depressing or upbeat?" Eventually, he struck a deal with them, like a clever performer, "One of each." It was this sway of emotions that Alif played on ingeniously for the entire show, leaving people both enthralled and moved.

Alif's originality has helped build a reputation for it over the few years it has been active. It has made Mohammad Muneem an inspiring figure in the Kashmiri music scene. Like the other Kashmiri musicians of his generation, Muneem's music addresses the conflict in the valley, but his songs turn it into an intensely personal, almost universal experience. It's about making all kinds of people listen, says Muneem in a backstage chat with journalists.

Apart from touring with his band, performing solo, dropping albums and collaborating with other artistes from Kashmir, Muneem also teaches Urdu poetry in Pune's Symbiosis university. "I keep travelling. I write poetry in Kashmir, where my family is, teach in Pune and make music in our studio in Bombay. I also do workshops. Just did one in Calcutta about how you can counter hate and extremism through poetry."

The workshop idea sounds both novel and optimistic. Muneem has a lot of faith in poetry. "We all are poets, all of us, believe me. All of us feel, don't we? My idea is to start a conversation through poetry in this world in the grip of hatred." So, what came first for him, the music or the poetry? "Poetry came first yaar. I was in Kashmir, where the top priority was to stay alive. So I used to maintain a diary, which, by and by, converted into shayari."

But I was an extremely shy guy. My cheeks would turn red in front of girls till the 12th standard. I got the confidence only when I went on the stage. That's when I felt that things are possible."

Like for so many others before his time, it was a poet's desire to share his words with the world that brought in the music for Muneem. "The first time I performed was I think in 1997, I was 15 years old. Actually, I wanted to write poetry and songs for others. When no one showed interest, I started singing on my own. I then asked people to play guitar for me, compose some music for my words. Again, I found no one, so I picked up the guitar too." Now, backed with the other musicians of Alif, Muneem's poetry has found resonance across lands, including in his homeland of Kashmir.

Curiously, it wasn't Kashmiri that Muneem started writing poetry in, but Urdu. "I only dared to begin writing in Kashmiri some eight years from now. It's because the thing that's closest to you, you're afraid of spoiling it. And you're judged on that harshly too. It happened to me. I have included the poetry of celebrated Kashmiri poet Mahmud Gaami in one of my songs. I faced a huge backlash back home when I performed that song outside. People said 'how dare you change that composition.' It was a romantic composition that I had made very dark. But in a few months, people became more accepting, and embracing of such songs." It's a positive sign, and Muneem tries to help out in ways he can. "I'm very open with people in Kashmir. I tell them if you want to learn anything from me, reach me. I'm accessible, I share my number with people. I don't need to stay in some ivory tower, because some incidents in life have taught me that life is unpredictable, today I'm alive, tomorrow I may not be."

Muneem mentions an incident from his past where some people had tried to kill him. He starts narrating the story and you realise soon that he's reciting a poem. "It's on YouTube as well," under the title 'Sickle, saria aur talwar.' It's his way of dealing with the life-altering incident, poetry. It's also his message to the world. After Alif ended their set on stage and Muneem introduced his entire band, he ended the night with his own poetic message: "Tumhen maloom nahin tum kaun ho, tum qaid nahin jo ijazat lo (You don't know yourself, you're not caged so you don't have to ask for permission)." It's one of those things you tell yourself in order to keep going, he says.

There is also that question always waiting around the corner of any interview for Muneem. What is it like being an artiste amid conflict? How do you cope with it? His performance has perhaps already provided his answer. "There is also this element...amid so much conflict, clinical depression is always looming over people. When you see conflict happening endlessly, you want to resist in your own way." Alif has a song about depression too, 'Malal Kya Hua'.

Muneem's faith in poetry is infectious by design almost. What's the source of it, is it the outside world under constant siege, is it all from the mind or are there other things involved? "I'll let you in on a secret," says Muneem. "Shayari for me is sarir-e-Khama—the scratching noise of a pen when you write on paper. That's a blessing. Ghalib said 'Aate hain ghaib se ye mazameen khayal mein, Ghalib  sarir-e-khama hi nava-e-sarosh hai" (These thoughts come into the mind mysteriously,' Ghalib', the scratching sound of the pen on paper is the sound of angels)."

The Best Of Activities Await Tourists At Statue Of Unity