Life After Retirement For Ashish Nehra: Coaching Or Commentary? 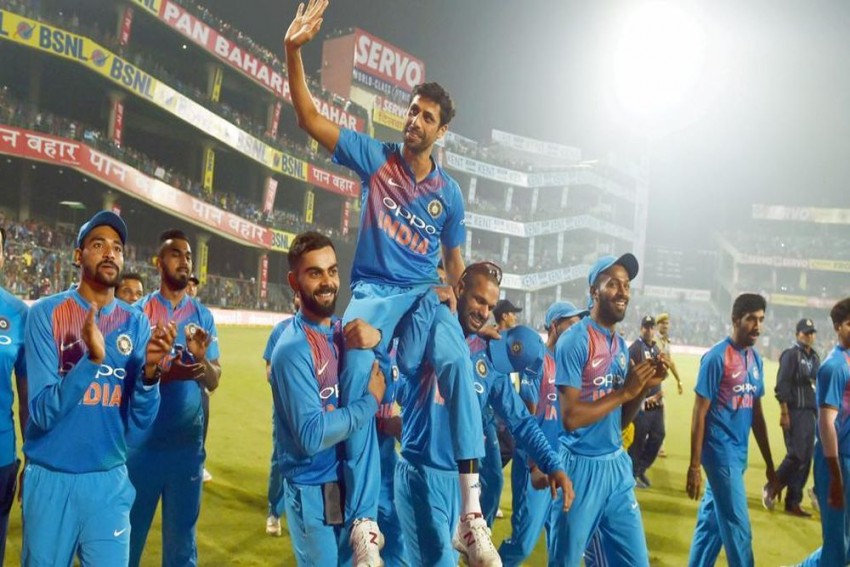 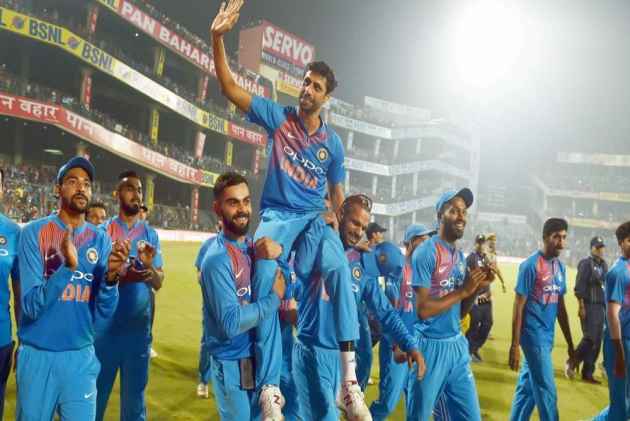 The retirement was elaborately planned but Ashish Nehra has not yet decided on life after active cricket even though he has narrowed down the options to coaching and commentary.

The final decision, though, will come in leisure for the man, who has "only done cricket throughout his life".

The 38-year-old pacer bid adieu to competitive cricket after the first T20 International against New Zealand in front of his home crowd at the Feroz Shah Kotla on Wednesday night.

"It definitely was an emotional moment. Virat Kohli wanted me to bowl the final over after the 15-16th over. As a cricketer, you shouldn't say this but by then the game was almost over."

India won the game by a comfortable margin of 53 runs and it was almost as good as over by the time the New Zealand innings reached the halfway stage.

"Of course miracles do happen but today it seemed like it wasn't going to happen. So I prepared myself to bowl the final over and it was an emotional moment. I remember bowling my first over from that very end in 1997 against Haryana and Ajay Sharma was the captain standing at mid-off. Don't know where those 20 years went."

The lanky seamer acknowledged that he was lucky to be going on his own terms and in front of his home crowd.

"I always felt that there is no bigger thing than to retire at the venue you want to play your last at. It is definitely a lucky moment.

Nehra said he is proud that he gave his best every time he came back from an injury-related layoff.

"I am a simple guy. I am happy where I am today and I'm not someone who believes in stats too much. When you're young, you think you're the King of the Jungle and you're not wrong. But in the last six-seven years, I can say that whenever I've come back to the dressing room, I can say that I gave my best.

"Still there are regrets, there were injuries and that is true for everyone. Even Sachin Tendulkar would have thought that he could have got another 5000 runs. You are never satisfied in chasing your dreams. But at the same time it is important to be realistic."

Nehra said he was asked to concentrate on Tests by former skipper Mahendra Singh Dhoni and coach Gary Kirsten in 2009, but he was focussed on the 2011 World Cup.

"In 2009, MS Dhoni and Gary Kirsten pushed me to play Test cricket but I maintained that let me play 2011 World Cup and then I will decide. Now I can pass on my experience to new fast bowlers that I kept going despite so many injuries.

Nehra called cricket a game of conditions, one that has been evolving over the years, and added that the IPL has given confidence to the youngsters.

"Cricket is such a game that keeps evolving every few years. Every team undergoes a transition phase as well. When I started playing, from 2001 till 2007-2008, Australia were the team to beat. I remember the 2003 World Cup, I thought I was bowling well but the likes of Matthew Hayden or Ricky Ponting were always a step ahead of you.

"The same way, the bowlers would think they're doing well but the likes of Virat Kohli or Rohit Sharma are step ahead of them. Every team has a transition period. It can be seen with Sri Lanka and West Indies."

Asked about the fast bowling scene in world cricket at the moment, he spoke about the impact of conditions and how difficult it has become for bowlers.

"I will say if you are bowling well, and at the top of your game, you can still deliver. Whether in T20 or One-day you can see people like Jasprit Bumrah or Rabada or Bhuvneshwar Kumar or Jimmy Anderson in Test cricket.

"Rules have definitely changed. Earlier days a team would score 200 runs (in ODIs), then 250 then 300 and now two new balls are used from both ends. It's very difficult for a spinner also with five fielders inside the circle.