A fact-check by Outlook on the latest 'fake-news'. 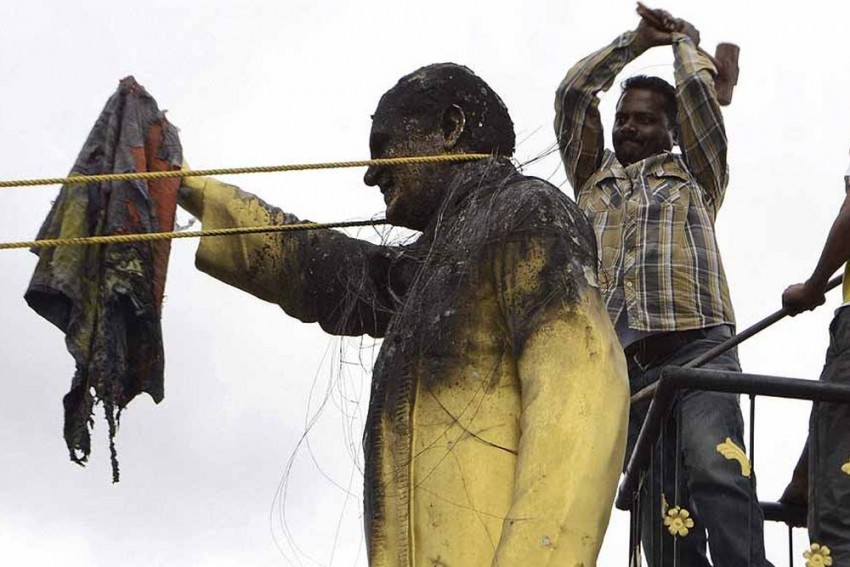 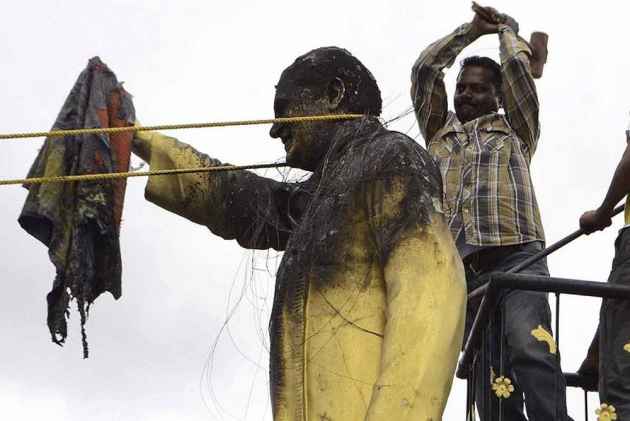 Outrage by the Left front following vandalism of statues of communist idol Lenin in Tripura and rationalist Periyar in Tamil Nadu by suspected BJP workers was met with a counter-allegation: The CPI(M) had also vandalised statue of Rajiv Gandhi in Tripura in 2008.

A picture of a statue of Rajiv Gandhi being desecrated by a group of men acted as fodder to rumour-mongering netizens who seemed to justify the vandalism of Lenin statues and spoke against the alleged hypocrisy of the Left which condemned the incidents.

A fact-check by Outlook showed that the picture used to project the left's 'hypocrisy' is not from Tripura, and the men vandalising the statue of Rajiv Gandhi, are not from the CPI(M), as claimed by some on Twitter.

CPIM demolished Rajiv Gandhi Statue in 2008 in Tripura, RAHUL GANDHI AND ALL CONGRESSI MUST SEE HOW COMUNIST BROKE RAJIV GANDHI STATUE IN TRIPURA, 2008 Leftist destroyed and pulled down statue of Former PM Late Shri. Rajiv Gandhi#Shameless Goons were some of the captions tweeted with the picture.

Would u guys say something about it or Lenin is your new father now? pic.twitter.com/VDShEHFg6L

In 2008, the Commies brought down former PM Rajiv Gandhi's statue in Tripura with the inspiration of #Lenin, neither their intellectual voices nor @INCIndia had a problem with his. pic.twitter.com/P6nb7A3YkU

I don't like this man at all, but this is just to tell @INCIndia "dhakkans" that this statue is your PM #PappuKePapa Rajiv G been brought down by @cpimspeak goons in #Tripura U supporting Lenin is forgetting your own ideology.@narendramodi ðÂÂÂÂÂÂ pic.twitter.com/oj2wIZboKO

A twitter user followed by Prime Minister Narendra Modi and other leaders of the BJP had also shared the picture, with the caption, "I don't like this man at all, but this is just to tell @INCIndia 'dhakkans' that this statue is your PM #PappuKePapa (sic) Rajiv G been brought down by @cpimspeak goons in #Tripura".

The picture in question  was captured in  2013 after a separate Telangana state was announced by then ruling party Congress. Anti-Telangana protesters took to desecrating statues of Congress veterans-- former Prime Minister Rajiv Gandhi, Indira Gandhi and then party president Sonia Gandhi, in Andhra Pradesh.

Google search on desecration of statues of Rajiv Gandhi post the left's electoral victory in 2008, however, showed no results.
For in-depth, objective and more importantly balanced journalism, Click here to subscribe to Outlook Magazine

Sale Of Gutkha In Maharashtra Will Become A Non-Bailable Offence, Says Govt