Unless something drastic happens, the next election threatens to become a contest between the Tories and UKIP. 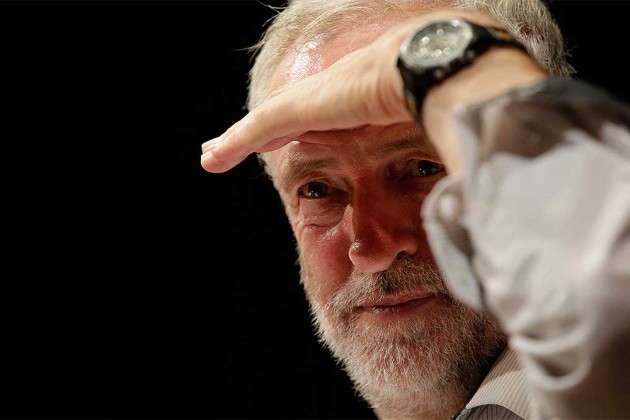 Is Labour finished? Is the collapse of the party that turned this country from an enclave of aristocratic power into a functioning democracy inevitable? I wouldn’t bet against it.

The MPs trying to bring down Jeremy Corbyn seem unable to understand that, in the volatile new politics, Labour can sustain itself only by becoming the grassroots movement it once was, driven by the unruly but determined energies of its members. This transformation – from the opaque, corrupt bureaucracy created by Tony Blair to a party owned by and responsive to its members – is Corbyn’s great achievement.

Yes, his opponents in the party want to win elections. But it is not clear why they want to win. If they possess a political programme (and most of the time it is unintelligible), it amounts to a slightly modified version of Tory neoliberalism. Lacking anything resembling an inspiring vision, their chances of success (if somehow, they manage to install a new party leader) are even smaller than his.

Those who support Jeremy Corbyn seem unwilling to understand that Labour will fail unless its leaders launch devastating attacks against established power. A kinder, gentler politics is a wonderful thing – until it allows the government and financial elite to get away with murder. Without a visible and effective demolition of the dominant political narrative, and the thrilling and voluble creation of a new story, Jeremy Corbyn’s party cannot generate the excitement required to turn the vote. The lords of misrule will not be overthrown by mumbling.

But to blame the collapse of the party on its immediate difficulties would be unfair to both sides. Labour’s problems run much deeper than the current struggle between members and representatives. The party rose on what JB Priestley, in 1929, called the “grey-green tide of cloth caps”: a coherent, organised industrial labour force, with common goals and common means of achieving them.

This coherence was destroyed not only by deindustrialisation, but also by powerful and ineluctable social change, much of which pre-dated industrial collapse. As Tony Judt noted, the New Left in the 1960s rebelled against both the injustices of capitalism and the constraints of collectivism. “Individualism – the assertion of every person’s claim to maximised private freedom and the unrestrained liberty to express autonomous desires … became the left-wing watchword of the hour.”

The result was an astonishing liberation: from millennia of social, gender and sexual control by powerful, mostly elderly men. But the flowering of identities that began 50 years ago led inevitably to a decline in the sense of common purpose.

Identity and autonomy, championed at first on the left, were soon co-opted by the neoliberal right. Liberating individualism was transformed into exploitable atomisation, creative self-expression replaced by a depoliticised, desocialising consumerism that enabled the rise of a new oligarchy. The most enduring political legacy of the New Left is not to be found in leftwing movements, but in the radical right’s institution-smashing insurgency.

In none of its incarnations has Labour produced a credible response. It has, at different points in the past half-century, either burrowed back into the lost world or abandoned its core principles to deliver a slightly less toxic version of the Tory assault. It has not been able to find a place of comfort on the spectrum between dreary and frightening, perhaps because this is the wrong spectrum. It has failed to articulate what must be the core project of a new progressive politics: discovering the common purpose in diversity.

Nothing demonstrates this more clearly than its repeated refusal (which is now beginning to soften) to support demands for proportional representation. Our first-past-the-post electoral system served the old party well. It is disastrously mismatched to the fragmented and emergent politics that replaced the grey-green tide.

As Jeremy Gilbert, one of the crucial thinkers charting a new direction for the British left, points out, by placing general elections in the hands of a few middle-income voters in market towns, our system grants inordinate power to the corporate media, which needs only to influence them to capture the nation. A combination of a media owned by billionaires, unreformed political funding and first-past-the-post elections is lethal to democracy.

Unless something drastic and decisive happens, the next election threatens to become a contest between the Conservatives and UKIP: in other words, between rightwing technocrats owned by the banks and rightwing demagogues owned by Arron Banks. What is this drastic something? A progressive alliance.

This means Labour, the SNP, Lib Dems, Greens, Plaid Cymru, Sinn Fein and other parties agreeing to field just one candidate between them in every constituency. Whether that means a unity candidate representing all parties (perhaps chosen in an open primary, as the political innovator Paul Hilder has suggested), or making way for the party representative most likely to capture the progressive vote is a question that needs to be debated. The Greens and LibDems seem ready to play. What about Labour?

Joining such an alliance means giving up Scotland and giving up its hopes of a majority in England and Wales. You could see that as a lot to ask, or you could see it as accepting the inevitable. Here’s where the kinder, gentler politics are required: to abandon tribalism and strike generous bargains with old opponents. It’ll be hard, but the urgency of the task, as we confront an elite that is now empowered to tear down the remains of post-war social democracy, should be apparent to everyone. Giving up its hopes of governing alone could offer Labour a last chance of survival – but only as part of a wider alliance.

Combined, these forces can win the next general election, whenever that might be. Apart, they will inevitably lose. A progressive alliance need win only once, then use that victory to reform our electoral system, to ensure that the parties of the left and centre never again engage in destructive competition.

As soon as I submitted this column, I jumped on a train to attend a mass meeting in London. The topic? Building a post-Brexit alliance. It brings together senior figures from the LibDems, the Greens, the SNP and, yes, Labour. Did hope die on June 24? Or was it perhaps reborn?