Kitchen Cleaning Sponges Are A Reservoir Of Bacteria And Dirtier Than Toilets, Says Study 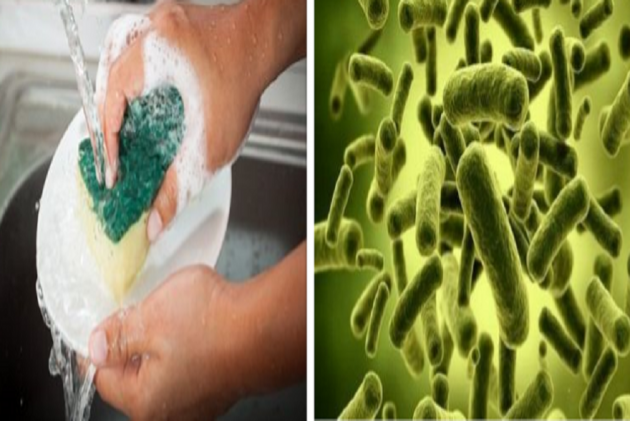 The kitchen sponges that we use to clean dishes are dirtier than toilets, says a study report.

According to a report, there are 54 billion bacterial cells on a single cubic centimeter of the average kitchen sponge. In fact, it's common knowledge among microbiologists that the things one uses to keep dishes clean are the dirtiest objects in the house.

A recent study published in the Nature journal Scientific Reports suggests those spongy bacterial colonies present in the cleaning clothes can be more of a health hazard than one could ever imagine. The research study revealed that five among the top 10 bacteria’s that grows on the kitchen cleaning sponges can cause serious health issues, including food poisoning and other chronic health diseases.

Kitchens are generally areas in which new bacteria are regularly introduced, both because of human traffic and food preparation. Sponges, which are often warm, wet, and contain traces of old food, are ideal breeding grounds for those bacteria.

But don’t think that you can get rid of the bacteria by cleaning the sponges with hot water.

Cleaning the sponges is not the ultimate thing that one can do to prevent the growth of bacteria. According to the study, cleaning these kitchen sponges triggers the growth of the bacteria and it only makes things worse.

The researchers wrote, “Sponge sanitation methods appear not sufficient to effectively reduce the bacterial load in kitchen sponges and might even increase the growth of harmful bacteria.”

In other words, the sponges that are used to keep the kitchen clean are the “reservoir of harmful microorganisms”. And the only way one can reduce this is by replacing the kitchen cleaning sponges every week.

“One should replace their kitchen cleaning clothes or sponges every week,” recommended the researchers.