All rituals were performed as usual but due to the Covid-19 restrictions unlike earlier years gathering of devotees were much less.

The annual festival of worship of Fourteen Gods popularly known as Kharchi Puja in Tripura started on Saturday.

Moreover, the annual fair is also not held this year.

Of the many festivals in the hilly northeast Indian state Tripura, the worship of Fourteen Gods popularly known as Kharchi Puja occupies the pride of the place.

Every year it is celebrated with overflowing enthusiasm in June-July. In fact, Tripura is also known as the land of Fourteen Gods. 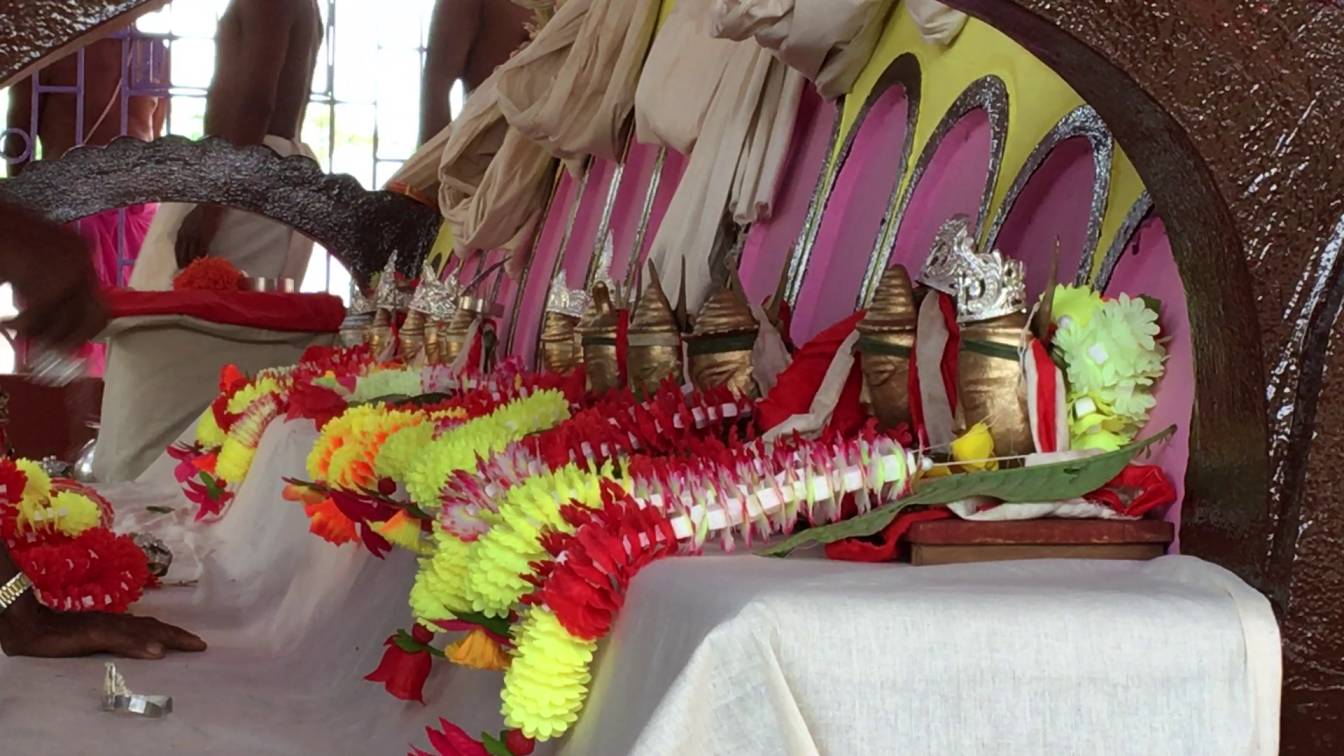 During the reign of Maharaja Krishna Manikya with the change of his capital from Udaipur to Puran Haveli or Old Agartala the Fourteen Gods temple was also constructed there in 1760 AD, which is still there.

As a matter of fact this festival is associated with the indigenous tribal deities but influenced by the Brahmanical Hindus.

The peculiarity of this festival is that although the rituals are performed according to the Hindu rites but in the Hindu religion there is no such god whose body is absent, incomplete or only a particular portion is present yet in this festival only the heads of these deities are worshiped. 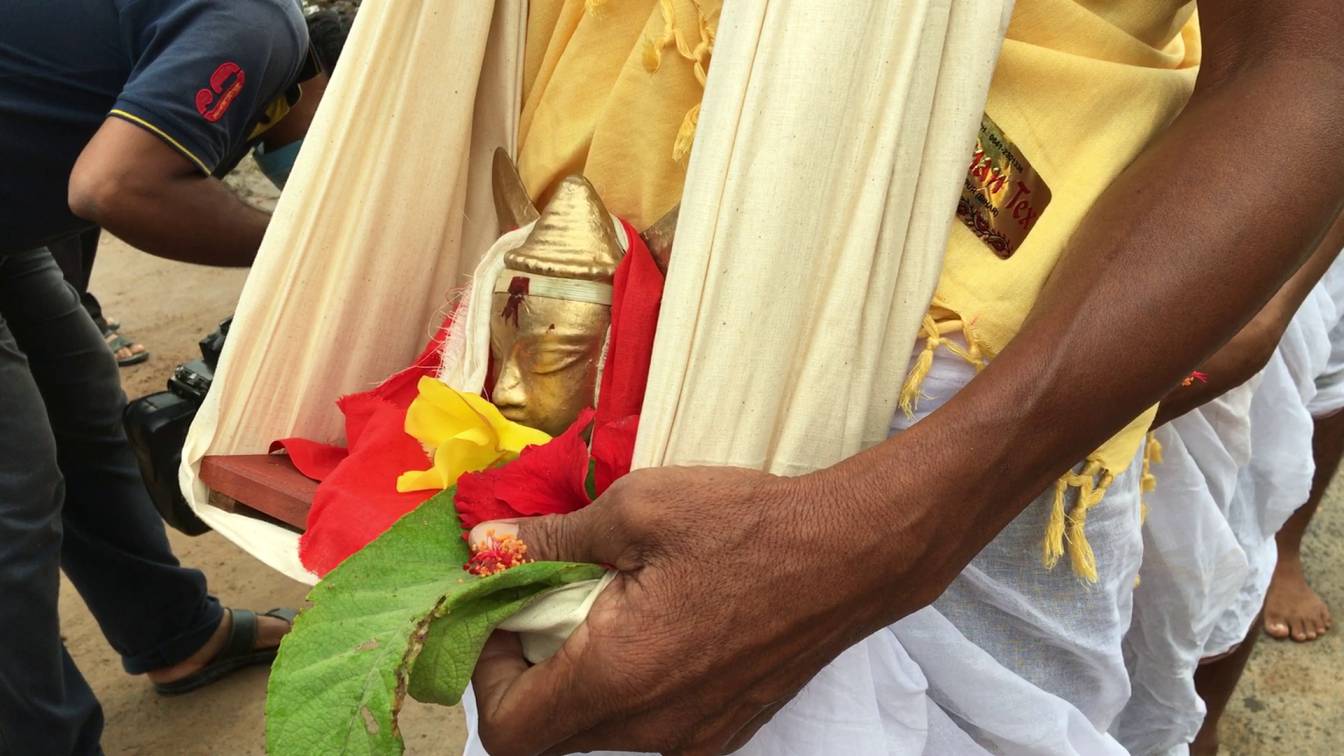 In fact the broken head image is not supported by the Brahmanical iconography as the object of ritual, however, these fourteen head images have been accepted as the popular deities by the Hindus in Tripura

Again like other Indo-Mongoloid tribes of North East India in Tripura also the majority Tripuri tribe had recognized only one Supernatural supreme power but with their coming under close influences of Hindu way of life.

However, Animism, the primitive form of religion is traceable in the tribal still today who had gradually become Hindu by religion.

The heads created out of an alloy of eight metals were placed at the Sunderbans in the confluence of river Ganga and the Bay of Bengal. They were later shifted from there to Khayerpur or Puran Haveli, 10 km from state capital Agartala after the construction of the Chaturdasa Devata temple.

In fact a dual arrangement is in vogue. Kharchi Puja though is a tribal festival but the deities worshiped are all of Hindu gods and goddesses and remarkably both tribal priest ‘Chantai’ as well as Hindu Brahmin perform the rituals together.

Another special feature of this festival is that these deities are kept locked in a room throughout the year and it is only during these seven days that they are exhibited to the devotees.

First the state police plays India’s National anthem to pays tribute to the deities then  a procession led by the chief royal priest or the Raj Chantai and followed by other priests bearing bamboo umbrellas on their heads making a peculiar sound ‘ehune’ and thousands of devotees to the nearby river Howrah for bathing them.

After bath the procession returns to the temple premises where the deities are worshipped by the royal priest and then taken to a separate room surrounded by iron net so that the devotees can see them during these seven days.

In the past human sacrifices were offered to please the fourteen deities but now it is a tradition to sacrifice he-goats on the first day, which is still followed and now it is arranged by the state government.

However, throughout these seven days thousands of devotees offer sacrifices of he-goats, chickens, pigeons, etc.

The Chief Royal Priest, who still today according to the customs is given a state salute by the state police, as according to the ritual he shall be the king during these seven days of celebration.

In the royal days Kharchi Puja was celebrated within the premises of the palace, for peace and well-being of the kingdom but today with the abolition of the Monarchy, people from all walks of life, tribal and non-tribal celebrate this festival and its popularity is increasing day-by-day.

Visitors who came to witness this unique festival said that Tripura had its own communal conflict in the past between the tribal and non-tribal but now it’s a very peaceful state and such a festival helps in restoring peace in this state but this year due to the restriction very few visitors are there. 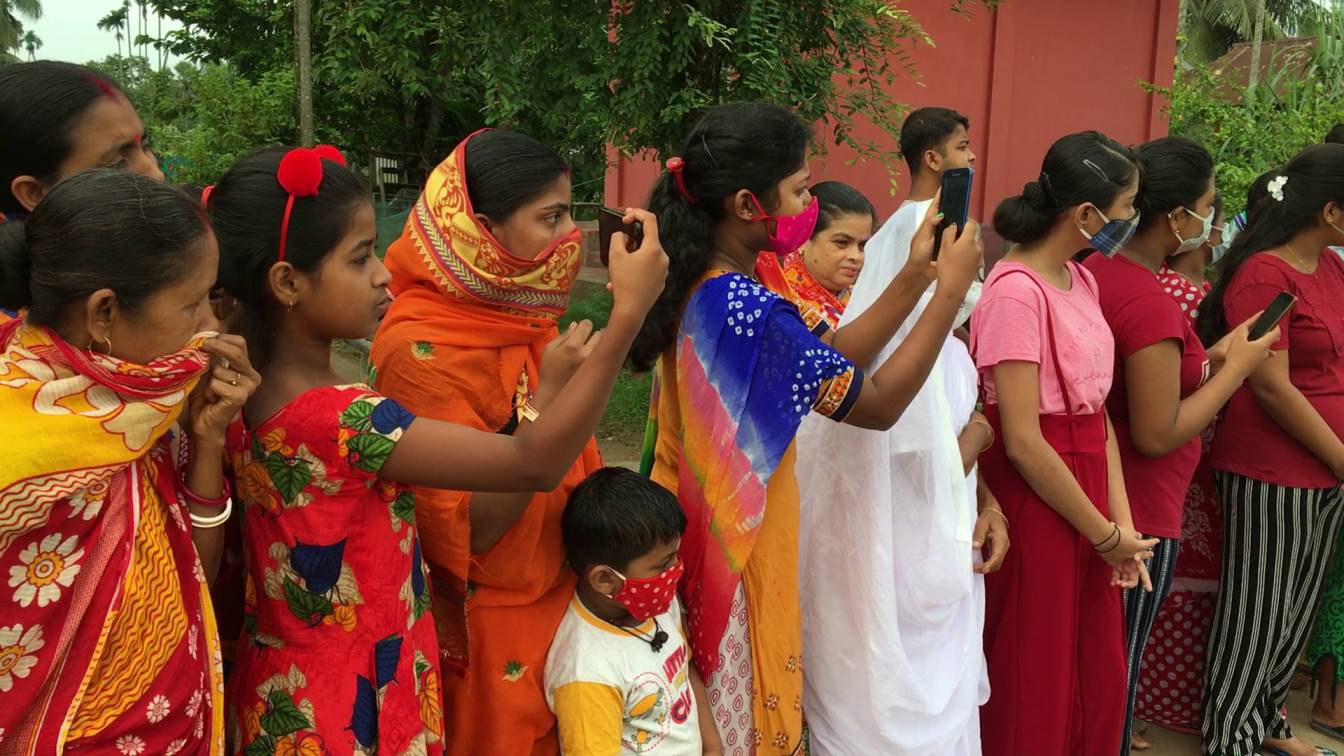 Although Kharchi is essentially a tribal festival yet since it has begun the non-tribal also participate in this festival with equal enthusiasm. Devotees from all classes, both tribal and non-tribal and from every corner of Tripura come in thousands to this holy place thus setting a good example of national integration.

Today when the whole world is reeling under communal disharmony this festival is a silver lining and a bridge between the people of both tribal and non-tribal communities in Tripura to generate peace, faith, love and harmony.