Heated arguments between the RWA members and a few of the bachelor tenants broke out around 8 pm on and continued till 2 am. 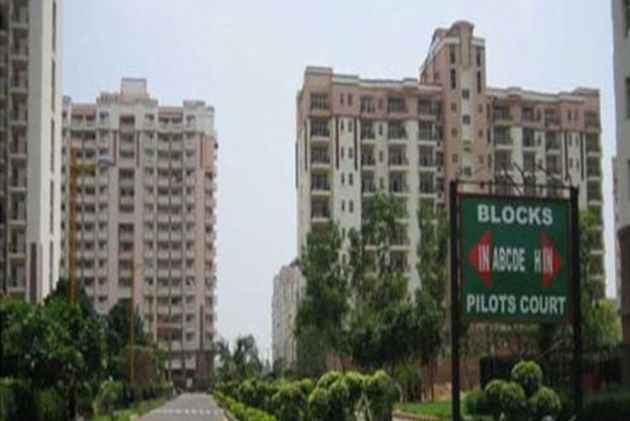 Essel Towers, a housing society, in Gurgaon’s posh MG Road turned into a little battle zone on Friday night when RWA members, including women, stopped some female visitors from entering their male friend’s flat on the basis of a discriminatory rule that prohibits single tenants from entertaining guests of the opposite sex, even if it is a family member.

In a video -- uploaded on YouTube -- a male member of the RWA could be seen even saying a woman resident, who came in support of the visitors, “you are supporting prostitution in the society" before asking her for the landlord's name so that he could lodge a complaint against her, reported The Times of India.

The heated arguments between the RWA members and a few of the bachelor tenants broke out around 8 pm on and continued till 2 am.

In another video, a woman RWA member could be seen grabbing the phone of one of the residents, who was recording the entire incident. The resident also alleged that the woman physically assaulted her after throwing her phone on the ground.

"We saw some women who had been harassed and were crying since they were stopped and not allowed to meet their friends. We offered to help them. That is when we were told we are supporting prostitution," Shivani Singh, who lives as a tenant at Pilot Court, a gated block within Essel Towers, told ToI.

Residents said tenants were recently reminded told that no "mixing of men and women" was allowed inside Pilot Court flats.

A female resident, who did not wish to be named for fear of being harassed, told The Quintthat the landlords didn’t express any displeasure over their tenants bringing in people of the opposite sex, but it is the RWA members who enforced the rule without any prior warning. She said since the incident, visitors were banned for single tenants altogether.

Another male tenant was not allowed from taking his sister to his apartment. Despite him providing proofs of his sister’s identity, the RWA members were seen blocking their entrance.

Around 30-40 people are seen in the video arguing over the discriminatory rule that was not mentioned in the contract signed between tenants and landlords, nor circulated before implementation.

"You're asking how can you make rules? Yes, we can make rules," another RWA member is seen saying this to a resident.

One other male member was heard moral policing a female tenant and saying, “You being a lady should understand. It’s for your own safety.”

The RWA later denied anything like that was said during the heated exchange between two sections of residents on the society compound.

As per a Delhi High Court order, gates to residential colonies cannot be closed during the day. If they have to be shut at night (between 11pm to 5am), RWAs are required to post guards there so that no inconvenience is caused to people who want to visit somebody in the area, reported Hindustan Times.

In a similar incident last year, Carlota Burrel Mas, 24, from Barcelona was evicted from her male friend’s apartment in Gurgaon’s Ardee city as they were both unmarried. Mas was interning with a human rights organisation in Delhi and wanted to stay with her friend for a few days before she found a place.

HT had earlier reported that the dictatorship  of RWAs in big cities across the country where even getting a cable television or Internet connection installed, the tenants need to inform them and get their prior permission.

Sarthak Sharma, a 23-year-old techie living in the suburb of Andheri, came to Mumbai from Madhya Pradesh, was asked by his building’s cooperative housing society to leave because they “had been caught eating non-vegetarian food, which is not allowed in the housing complex”, the newspaper reported.

Rupesh Kumar, a medical representative and native of Khagaria in Bihar, living in Kolkata, told HT that the first question every flat owner would ask him was whether he was married. “I was also told not to live alone and to get my family to stay with me,” says the father of two.