"We didn't get any information from the I&B ministry. I had approached Sunit Tandon but he is not responding and has been avoiding me." 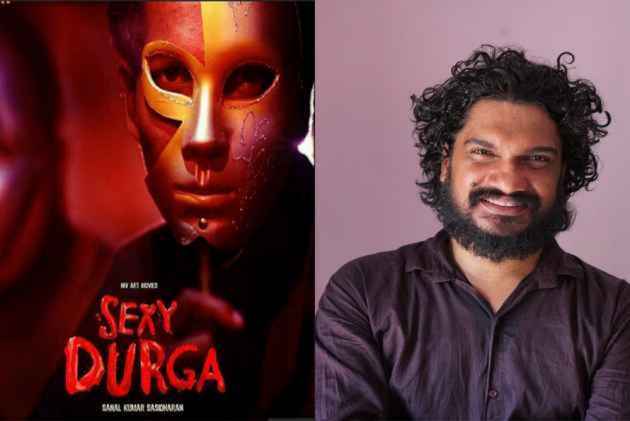 S Durga helmer Sanal Kumar Sasidharan has written a letter to IFFI director Sunit Tandon, requesting him to schedule a screening date for his film even as the lead actor Kannan Nayar today said the festival authorities are yet to respond and "avoiding" him.

The movie, about the harrowing experience of a hitchhiking couple, was pulled out from the Panorama section of the 48th edition of the ongoing International Film Festival of India (IFFI) along with Marathi film Nude.

Sasidharan had filed a writ petition in the Kerala High Court against the Information and Broadcasting Ministry's decision to exclude his film from the festival.

The court recently ruled in his favour and ordered the ministry to screen the film at the nine-day-long festival, which runs till November 28.

The letter, along with the court order, was handed over to Tandon by Nayar.

The actor said the festival director told him that he is not the right person to take a decision on the matter.

"We didn't get any information from the I&B ministry. I had approached Sunit Tandon but he is not responding and has been avoiding me. He said he is not the right person to talk about the issue. I feel they (IFFI and the ministry) are wasting time. I am here as a delegate and they are treating me really badly," the actor told PTI.

In the letter that Nayar handed over to Tandon, Sasidharan wrote, "I am the director of the film S Durga. I am writing to you to inform that my representative, Mr Kannan Nayar shall be handing over (copy of the same is attached herewith) the order dated 21/11/17 passed by the honourable High Court of Kerala in W P (C) 36600/2017 whereby your office was directed to exhibit my film S Durga in the IFFI presently held at Goa.

"Kindly schedule a date for the screening for my film 'S Durga'. Please let me know the date urgently so that I and my entire team can be present along with the censored version of the said film," Sasidharan wrote in the letter.

He also requested Tandon to offer them the hospitality that is provided to "all the participating film makers".

Sasidharan had yesterday said they would file a contempt of court but the decision is on hold as their lawyer told them that the ministry may go for a stay order on the decision.

The director is currently in Brisbane to attend the Asia Pacific Screen Awards, where he was nominated in the best director category for S Durga.