Kenneth Arrow, a brilliant economic mind and a Nobel winner to whom the discipline owes great intellectual debt, has died at 95 at his Palo Alto California home. 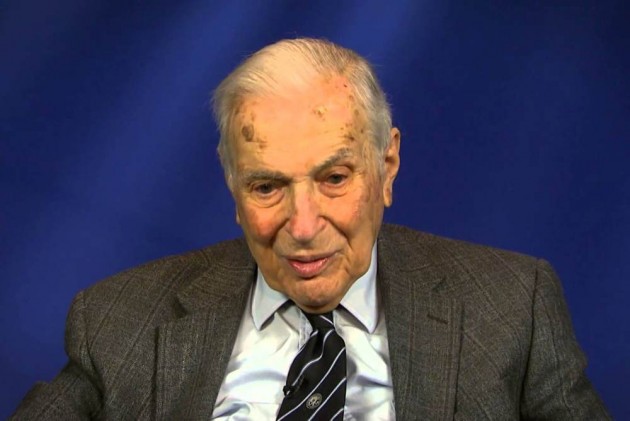 Why has billionaire Mukesh Ambani’s Reliance Jio Infocomm Ltd’s disruptive mobile services spooked rivals? Why does India need to have a state intervention in the job market, namely the rural job guarantee legislation MNREGA? Why did the 2008 mortgage crisis of the US set off a global recession? In a sense, the answers for a conceptual understanding of these questions lie in Arrow’s “general equilibrium and welfare theory”, for which he won the Nobel Prize in 1972.

Arrow, who at 51 was the youngest ever to win the economics Nobel along with John R Hicks, produced insights that have become foundational. No economics student graduates without studying Arrow.

Markets leave a great impact on us. They are the reason why we have jobs. When there is job loss, there is enormous pain. Arrow once said that he had worked on market problems that caused great personal pain, the laying off of his father following the Great Depression.

Then, Arrow also gave the world what is called “social choice” theory that shows why democracies aren’t perfect and majority voting may not always be a “satisfactory” outcome.

Simply put, Arrow showed that whatever the demand and supply, markets are always brought into balance, or equilibrium, by prices. Its prices that make markets efficient. That’s the famous “invisible hand” of the market that Smith referred to.

When individuals are motivated purely by their self-interest – in a non-command economy, i.e. there is no government intervention, then the invisible hand guides all individuals towards a socially-efficient outcome.

People – consumers and producers – will trade depending on what their “endowments” or initial income are and prices will ensure that demand-supply match.

In other words, it’s a Pareto efficient society that can make one better off without making anyone else worse off. So, if you don’t intervene as a third force (read government), competitive individuals guided by constant self-interest will lead to equilibrium.

Equilibrium is simply a situation where nobody has an urge to change his initial position and therefore stays put. If there is equilibrium in one market, then there is a similar equilibrium all markets and vice versa, Arrow showed. This in a nutshell is competitive equilibrium.

But understand that in economics efficiency doesn’t meant equity or fairness. If Rs 100 were to be divided among 10 people, it’s possible to give one individual the entire amount. That’s efficient too because nobody is taking away anything from the rest nine guys.

These conclusions become important from a welfare point of view. Governments can ensure fair play within a competitive market if people’s initial allocation is changed. If A was born with few apples but more bananas than B, the government through redistribution can achieve a more equitable outcome in a competitive model. That's the second welfare theorem arising out of Arrow's general equilibrium theory.

Arrow’s social choice theory, called the impossibility theorem, has been of much more of popular interest. Through it, he shows why democracy isn’t as fair as it sounds: majority votes can and do result in arbitrary outcomes, he showed.

Arrow held senior teaching positions at Harvard and Stanford, from where he retired in 1991, served on President John F. Kennedy’s Council of Economic Advisers, on the American Economic Association and the Intergovernmental Panel on Climate Change. His death has been widely mourned as a personal loss by leading economists, from Robert Solow to Joseph Stiglitz.