The Congress leader was inaugurating a new indoor stadium in his home constituency and was called upon to honour local sportspersons who had excelled in the district. 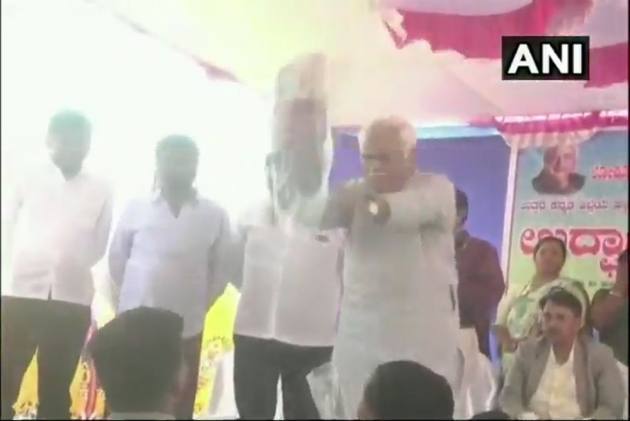 The video sparked a controversy after it went viral over social media.

The Congress leader was inaugurating a new indoor stadium in his home constituency and was called upon to honour local sportspersons who had excelled in the district.

The minister was seen throwing the kits, packed in plastic covers towards national, state and district level athletes.

Earlier this year, another video showing H D Revanna flinging biscuits and food packets in flood relief camp in Karnataka went viral and had drawn criticism for the act.