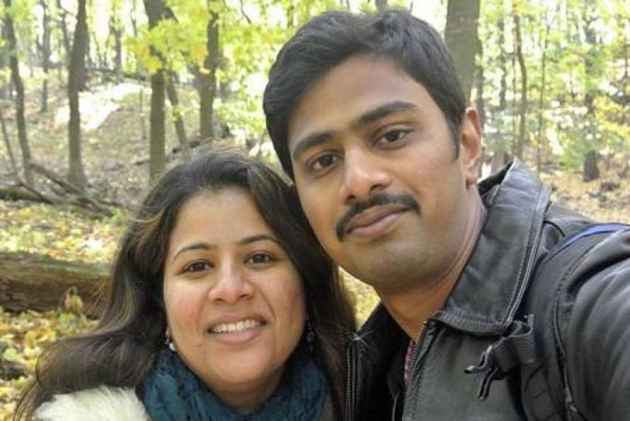 A file photo of the Indian techie, Srinivas Kuchibhotla, who was killed in a racially motivated hate crime at a bar in Kansas City last year
Outlook Web Bureau 2018-08-08T09:30:11+05:30 Kansas Shooting: US Man Who Killed Indian Techie Gets Life Imprisonment

A US man, who killed an Indian engineer Srinivas Kuchibhotla in Kansas shooting last year, has been sentenced to life imprisonment without parole.

Adam Purinton, a US Navy veteran had fatally shot Kuchibhotla, who hailed from Hyderabad and wounded two others in a racially motivated hate crime at a sports bar in Kansas City in the United States on February 22, 2017.

Purinton, who had earlier faced a death sentence before he pleaded guilty to murder in federal court in May, will not be eligible for parole for 50 years.

At his plea hearing in May, Purinton had admitted that he shot Kuchibhotla and his friend Alok Madasani because of their race, color, religion, and national origin, according to a statement by the US Department of Justice.

Purinton previously pleaded guilty to state charges for murder and attempted murder and was sentenced to life in state prison.

According to CNN, Kuchibhotla and Madasani, both originally from India, worked as engineers at Garmin, a technological company that makes GPS devices.

Eyewitnesses said that Purinton purportedly yelled, "Get out of my country," before fatally shooting Kuchibhotla.