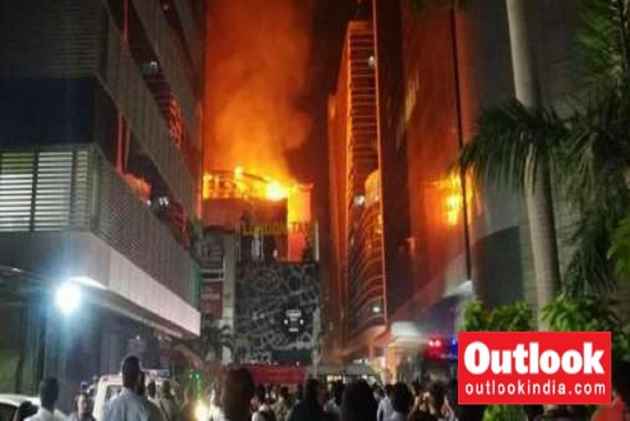 Two owners of the 1 Above pub were arrested on Wednesday in connection with the Kamala Mills fire that claimed the lives of 14 people last month.

Acting on a tip-off, the Mumbai police arrested Jigar Sanghavi and Kripesh Sanghavi at 11 p.m. on Wednesday from the city's Bandra area when they had gone to meet their lawyer.

Mumbai police spokesperson said that they would be produced before the Bhoiwada court on Thursday morning.

The police had, earlier, announced a reward of Rs 1 lakh for the whereabouts of the 1 Above owners.

Jigar and Kripesh were arrested on the information provided by Juhu-based hotelier Vishal Kariya, who was arrested on Wednesday for sheltering the duo and another owner of the pub, Abhijeet Mankar.

The police have recovered a high-end car of accused Mankar, from the Juhu residence of Kariya (42), who was then picked up for questioning.

During the interrogation, the hotelier revealed that he sheltered the trio at his residence.

Kariya had been booked under Section 216 of the Indian Penal Code.

The Sanghvi brothers were absconding since December 29 when the fire swept through 1Above and adjacent Mojo's Bistro resto-pub in Kamala Mills compound in central Mumbai.

Yug Pathak, one of the owners of Mojo's Bistro and the son of former Pune police commissioner K K Pathak, was arrested on January 6 in the case.

Mankar is still at large. Police said further investigation is on.