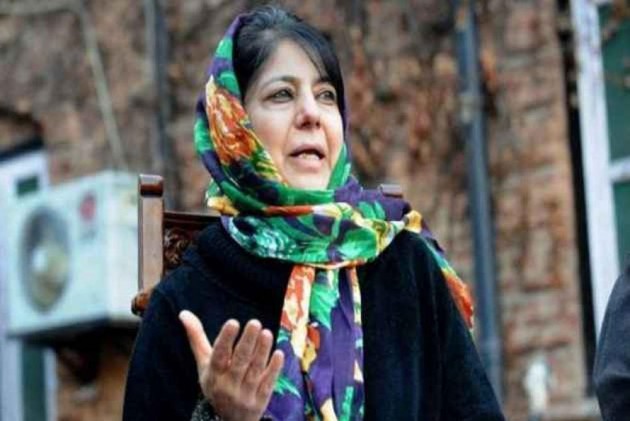 People’s Democratic Party chief Mehbooba Mufti on Wednesday alleged that the Jammu and Kashmir governor Satya Pal Malik was unavailable to deliver her letter to claim government formation in the state.

“Have been trying to send this letter to Rajbhavan. Strangely the fax is not received. Tried to contact HE Governor on phone. Not available. Hope you see it,” said Mufti on Twitter, also attaching a copy of the letter.

In another tweet, she said: “Sending the letter also by mail.”

Have been trying to send this letter to Rajbhavan. Strangely the fax is not received. Tried to contact HE Governor on phone. Not available. Hope you see it @jandkgovernor pic.twitter.com/wpsMx6HTa8

The political circle had been abuzz with news on Wednesday that arch-rivals PDP and NC might join hands to form a coalition government in J&K along with the Congress. However, the BJP had dismissed the move, saying the three parties were joining hands on "Pakistan's direction". There are also reports that the Governor and the chief Secretary were summoned to Delhi amid reports on these developments.

The J&K Assembly has been in suspended animation since June this year after the BJP withdrew support from the PDP and Chief Minister Mehbooba Mufti resigned.

According to earlier reports, sources in the PDP had said the alliance would be formed between the PDP and the Congress and the NC would support the government from outside.