The younger actor has undergone a drastic physical transformation to fit the part and will be seen in six different looks tracing the life of Dutt. 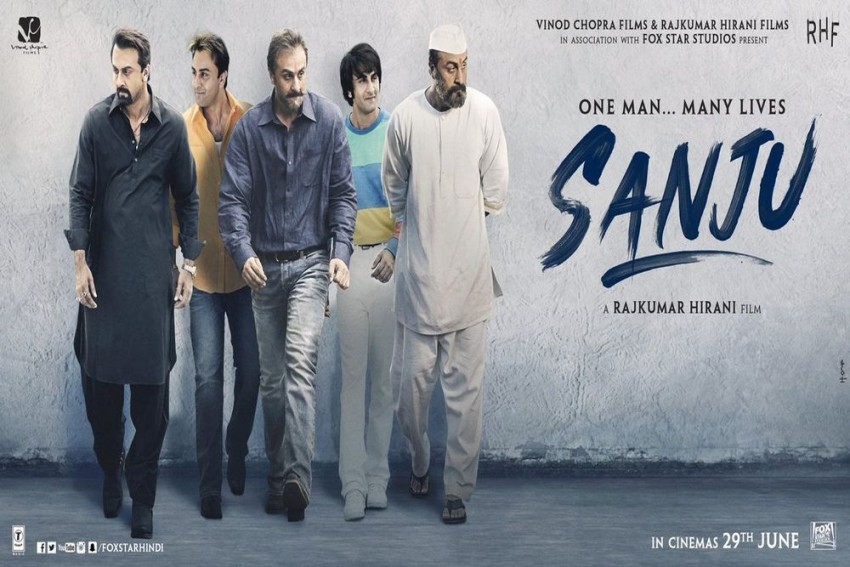 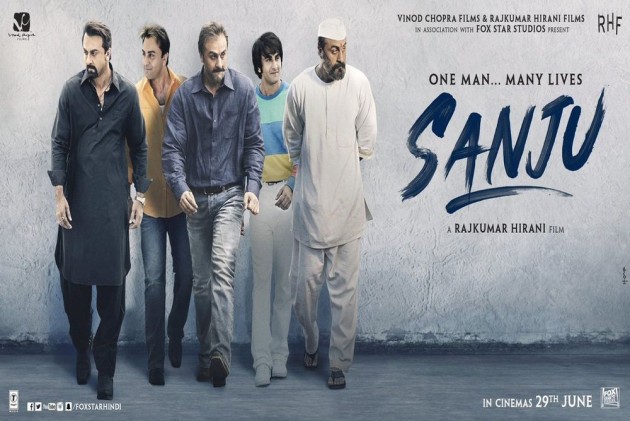 The first look and teaser of Sanjay Dutt's much-awaited biopic is finally out and the Rajkumar Hirani-directed movie, featuring Ranbir Kapoor in the lead role, is titled "Sanju".

The first poster of the film was launched earlier on Tuesday featuring Ranbir in the five iconic looks of Dutt from different phases of his life, starting from "Rocky" and going on to the time he was released from Yerwada Central Jail in 2016, after serving a five-year sentence in the 1993 Mumbai serial bomb blasts case.

The teaser begins with Ranbir breaking the fourth wall, as he introduces his story to the audience and takes them across different stages of his life both on and off-screen.

Even though, Dutt's life has been full of ups and downs, Hirani has tried to leave his 'feel good' signature on the biopic of one of Bollywood's most controversial and loved stars.

The title of the film is reflective of the director's understanding of capturing even the most miniscule details of the actor's life as his mother Nargis Dutt used to fondly address him "Sanju", which became a popular nickname for him besides 'Baba'.

In the teaser, Ranbir manages to look the part and carry Dutt's characteristic gait.

Hirani has maintained that the film will not glorify his frequent-collaborator's life.

The video clip supports his claims as Ranbir talks about Dutt's drug addiction, run-ins with law including a faint mention of AK-56, which led to his arrest.