In an interview with Outlook, Dr Roopen Arya says that it is not clear what is triggering the post-vaccination immune response which activates the blood clotting system and results in blood clots as well as consumption of the platelets. 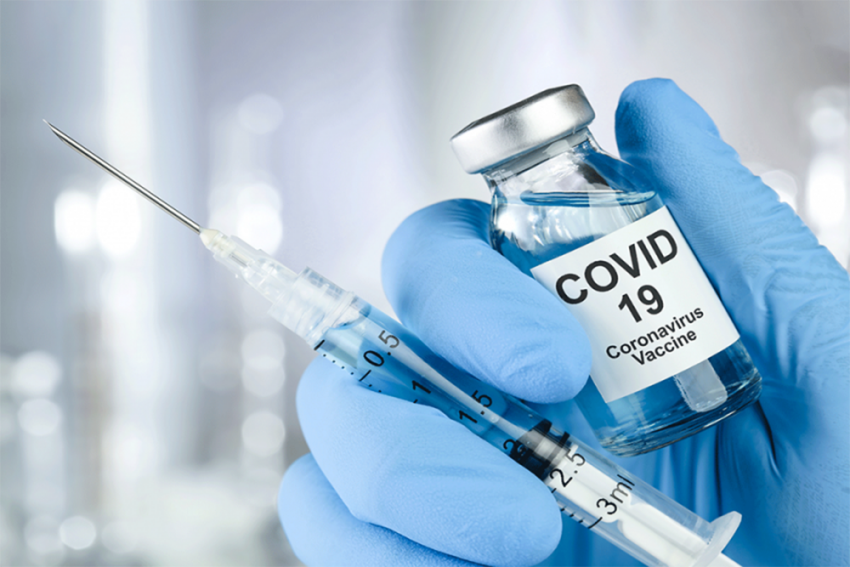 Dr Roopen Arya is a Professor of Thrombosis and Haemostasis, King’s College Hospital, London. A Fellow of the Royal College of Physicians and the Royal College of Pathologists, Dr Arya has been involved in several studies and treatment of a rare adverse side-effect of vaccination, ie, vaccine-induced immune thrombocytopenia and thrombosis (VITT).

In an interview with Outlook, Dr Arya says that it is not clear what is triggering the post-vaccination immune response which activates the blood clotting system and results in blood clots as well as consumption of the platelets. Excerpts:-

Q. Many countries including India have reported thrombosis (blood clotting) among other adverse effects following the immunisation of Oxford/AstraZeneca vaccines. Do other vaccines have also shown similar adverse reactions or is it specific to this particular vaccine only?

A: Thrombosis is very common in COVID-19 disease, particularly severe illness. Thrombosis comprises blood clots in veins taking the form of deep vein thrombosis in the legs or pulmonary embolism in the lungs. In the UK a very small increase in these ‘conventional’ blood clots has been noted following both Oxford/AstraZeneca vaccine and Pfizer/BioNTech vaccine but the risk is much smaller than the thrombosis risk associated with COVID-19 disease. In short, you are very much more likely to get a blood clot due to COVID-19 than from the vaccine.

A rare phenomenon called vaccine-induced immune thrombocytopenia and thrombosis (VITT) was first identified in Europe in March of this year. ‘Thrombocytopenia’ means a lowering of platelet cells in the blood. Platelets usually prevent bleeding but when activated can become sticky and cause thrombosis. VITT can be severe and potentially life-threatening – often presenting with blood clots and bleeding affecting the brain.

VITT only happens with two COVID-19 vaccines, the Oxford/AstraZeneca vaccine and the J & J vaccine, both of which are adenovirus vector vaccines. Most cases follow the first dose of the vaccine.

Q. Has this type of adverse side-effect been experienced in all the countries where these vaccines have been included in the vaccination drive or are they specific to some countries only?

A: VITT has been formally reported in various European countries (particularly Norway, Germany Austria, UK) and the US but anecdotal reports suggest that it has been experienced in most countries where the Oxford/AstraZeneca vaccine has been included in the vaccination drive.

Q. Are people of particular age groups more prone to blood clotting following immunization or its adverse effect is similar across all ages?

A: VITT is rare and seems to mainly affect people aged less than 50 years old, possibly because they have more robust immune systems, more likely to respond strongly to the vaccine.  The protective effect of vaccines relies on a good immune response but in VITT the immune system in overdrive becomes the problem.

Q. What’s the reason for this clotting? Is there any data on what percentage of the inoculated population has developed thrombosis in Europe?

A: VITT occurs because in some people the adenovirus vector COVID-19 vaccines trigger an unusual immune reaction against platelets. This activates the blood clotting system and resulting in blood clots as well as consumption of the platelets.  It is not clear what is triggering this immune response, whether it is the adenovirus itself or some other substance contained in the vaccine or used in its production.

Q. The government in India hasn’t released any data on the cases of thrombosis following the immunization of Covishield. However, many cases have been reported where people developed blood clotting soon after taking the Covishield vaccine. How big this problem could be in India?

A: Covishield is a formulation of the Oxford/AstraZeneca vaccine and there would be little reason to think the rate of VITT or even conventional thrombosis following the vaccine would be any different in India compared to Europe. It is important to recognize that the risk of thrombosis following COVID-19 disease (1/20 hospitalized patients or 1/5 critical care patients) is far greater than the very small risk of VITT and that mass vaccination is the only way out of the pandemic.

Q. Thrombosis is one of the many adverse side effects of vaccines. Also, many Indian scientists say that evidence available as of now show that naturally recovered persons are best protected and they don't need the vaccine at all. On the contrary, there are chances of adverse side effects even if it is rare. Do you think confirmed Covid recovered persons should be excluded from the current vaccination drive in India? It will also reduce the requirement of huge resources and manpower for vaccinating everyone. Even many noted health experts say that India can't afford to have a vaccination policy such as the one in the US or UK. What's your take on this?

A: I wouldn’t be able to comment on this.

Q. What is the mortality rate if the person doesn’t get timely medical care?

A: In a recently reported UK experience of VITT one in five cases did not survive but these were patients that were so ill that they presented to the hospital. It is important that people are aware of these uncommon but serious complications and seek medical attention urgently if they develop a very severe headache or stroke-like symptoms in the days or weeks following vaccination.

Overall, COVID-19 vaccines remain the best way to protect yourself and others, and the benefits of vaccination far exceed the very rare risks described here.