The maestro on Israel, India, Kashmir, Afghanistan, music and his role as a peace crusader. 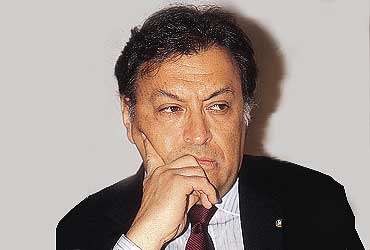 Zubin Mehta is one of those international luminaries who are better known outside their country of origin. But what's even lesser known is his boundry-less philanthropy and peace-crusader spirit. His first public concert was held in Hungary during reprisals against the Communist regime in 1956. Since then Mehta has continued his unique legacy of taking music where it's most needed. To heal, to build bridges and, in times of peace, to enthrall people with his obvious conductorial gifts. In Mumbai last week with the Israel Philharmonic Orchestra, Mehta spoke to OUTLOOK on music, Israel and his "small" initiatives for peace.

You've been with the Israel Philharmonic Orchestra (IPO) since 1969 and are its director for life... why is the country so important to you?

My association with Israel started even before 1969. I first went there in 1961 and immediately formed a bond with the people. This was later solidified through regular visits. Besides, it is also the only real democracy in the area, that values freedom of expression.

But isn't it also a country that bans composers like Richard Wagner simply because they were known Jew-haters.

The Israeli government didn't ban Wagner. In fact their government radio has been playing him for years. We at IPO decided not to do Wagner to respect the sentiments of Holocaust survivors. But now things are changing, soon we too will be performing Wagner.

You went to Israel during the Six Day War, the Yom Kippur War and the Gulf War to perform and be with the people. Why no such commiseration with India and Indians? We've also had wars, one very recently.

I would go to Kashmir and perform there right now if you can arrange it. After the earthquake (in Kutch) I raised half a million dollars through concerts for the victims. I do whatever I can, not necessarily in India but  wherever there is a conflict situation.

How was it during the years when India and Israel didn't have diplomatic relations?

It was very frustrating for me personally. So as soon as relations were resumed I got the IPO (in 1994) on an India tour. And they came and  performed absolutely free of charge. There is a lot of respect and interest for India in Israel.

It is believed that Zarathrustra is buried in Afghanistan, what do you as a proud Parsi feel about what's happening there now?

While that is a matter of speculation and belief, I hope the whole confusing situation will alter soon. More importantly, I hope the Taliban women are liberated, because they are the ones who have suffered the most. And not one person in the media has talked about their lives behind the veil.

Be it anti-Vietnam concerts in America or musical collaborations between Arabs and Israelis in the Middle East or anti-Government protests in Europe you have performed for peace all over the world. Do you see yourself as something of a peace crusader?

I do whatever I can wherever there is a crisis. Don't particularly see myself as a crusader.

How effective a tool is music in building bridges?

It greatly helps in bringing people together. In the middle of Intifadah we held concerts in Arab camps with Israeli and Arab children. In 1982 we went to Lebanon and did concerts for them. All hugely appreciated and attended.

Why don't we have another Zubin Mehta in the present generation?

That's not entirely true. There's a lot of talent in the younger generation, especially in America and Europe.

Yes, but what about here in India?

India, unlike China and Japan (Tokyo alone has 12 symphony orchestras), is not a place where Western music is nurtured. Maybe because we have our own strong tradition of music.

What about an Indian Philharmonic Orchestra?

We need a music school before we have an orchestra. The Sangat Music Festival that we started in Bombay is a small step towards that end. Hopefully something will come out of it.

What is the general feeling about India in Israel?

Israelis are extremely India-friendly. In fact the concerts (held last week) in Mumbai were sponsored by an Israeli businessman. Then, of course, Hindi films are very popular in Israel.