"Islam religion permits men to commit atrocities against women...Maulana’s may disguise the fact but this is the reality of Muslim religion," 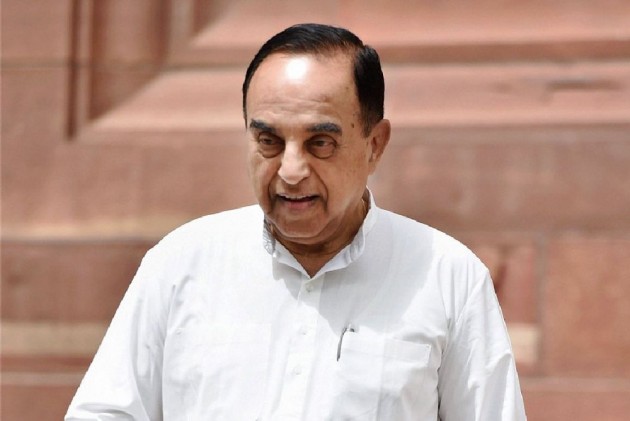 A day after UP Cabinet Minister Swami Prasad Maurya said Muslim men use triple talaq to change wives and satisfy their "lust",  BJP leader Subramanian Swamy has termed the remarks as 'correct' and further said that Islam as a religion permits men to commit atrocities against women.

The New Indian Express report said that Swamy cited examples of 'triple talaq' and polygamy to assert that Muslim women are given third-class status in Islam.

He reportedly said, "There is no doubt that in Islamic practice and preaching women have been given second or third class status. Triple talaq, marrying four wives tradition are examples of that."

Terming Prasad's remarks as 'correct', he further said that "Islam religion permits men to commit atrocities against women...Maulana’s may disguise the fact but this is the reality of Muslim religion,"

Swami Prasad Maurya had earlier said that "These talaqs (Triple Talaq)  have no basis.... If someone only for satisfying his lust keeps changing his wives and forces his own wife and children on the streets to beg... No one will call this as right"

Echoing him, Subramaniam Swamy reiterated BJP's stance, saying that the party stands with Muslim women to fight against the issue of Triple Talaq, at the same time, alleging the non participation of the Muslim Personal Law Board, alleging that the board "has no provision on the issue"