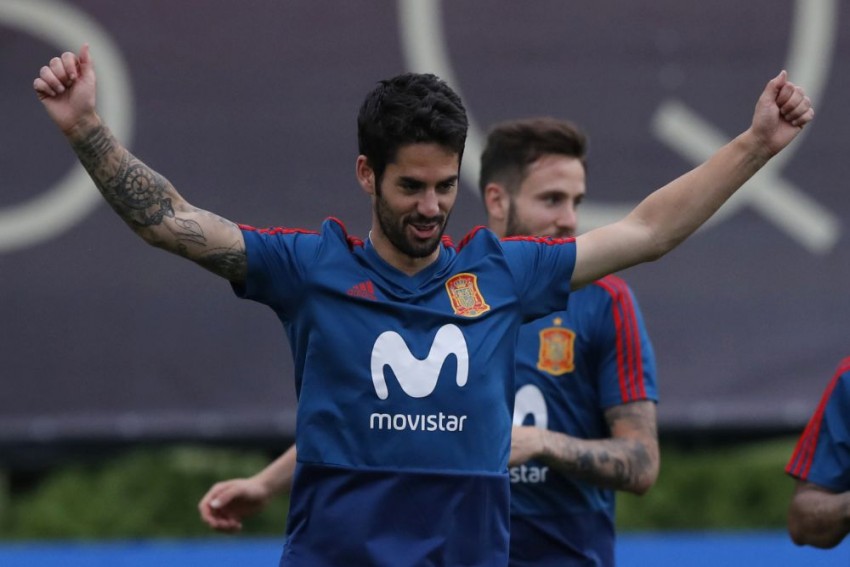 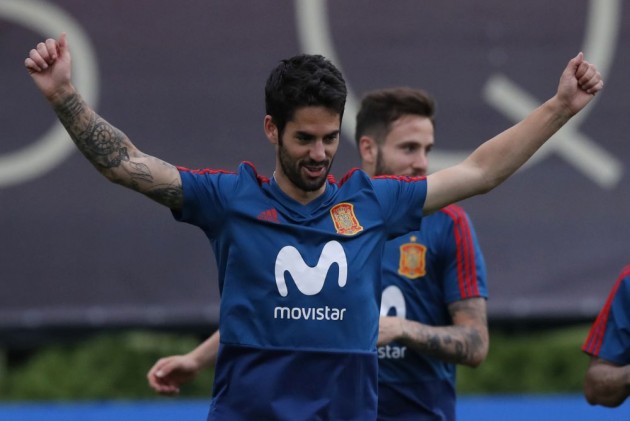 Spain midfielder Isco believes his side must stay true to the philosophy that brought them World Cup glory in 2010 to achieve the result they need in Monday's Group B decider against Morocco.

After a breathless 3-3 draw with Portugal in their opening game, La Roja laboured to a 1-0 victory over Iran, and require at least a point in Kaliningrad against a Morocco side playing for pride to guarantee a last 16 berth.

"We have to play, pass a lot, keep the ball. If we play quickly across the pitch the chances will come."

Spain won a historic treble of European and world titles between 2008-2012 with a brand of possession-based football that came to be known as "tiki taka".

Along with Real teammates Lucas Vazquez and Marco Asensio, Isco represents the cream of a new crop of Spanish talent looking to fill the void left in the national team after legend Xavi's retirement.

"This is my first time in a big competition with the national side," he said. "I feel at ease but it's easier with all the big players in the side."

Playing behind striker Diego Costa, Isco has delighted Spain fans this tournament with his deft touch and vision, but the team heads to Russia's European enclave knowing the job is far from done.

While they could progress with a draw they would need to win and score more goals than Portugal in their match with Iran in order to guarantee top spot in Group B.

Coach Fernando Hierro, who only took the job two days before the tournament began after the shock dismissal of Julen Lopetegui, said his team won't underestimate a Morocco squad that are yet to pick up a point.

"This is the World Cup, and not one single game is going to be easy," Hierro said. "We can improve, and I hope we will keep winning while we do so, but nobody is giving anything away easily.

"In certain groups teams have already qualified (for the last 16) but our group is very tough. We have no option but to secure all three points against Morocco."

The North Africans were the first team to be eliminated from the tournament but Herve Renard's men have acquitted themselves well.

They were desperately unlucky to lose 1-0 in their opener against Iran due to a disastrous 95th-minute Aziz Bouhaddouz own goal.

Against Portugal they attacked fluidly and deserved something from a match that saw them force several smart saves from Rui Patricio yet ultimately walked away with nothing in the 1-0 loss.