Is BJP Short Of Names For Renaming Exercise? 15 Alternatives For Deen Dayal Upadhyay 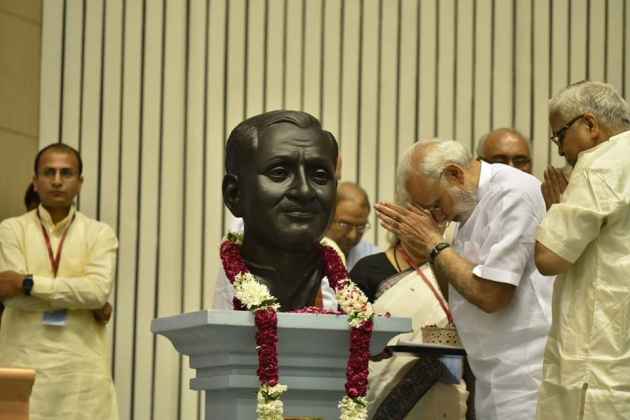 For the right-wing party, Pandit Deen Dayal Upadhyay has emerged as the poster figure, 'renaming' anything they can lay their hands on after him.

The NDA government, since it came to the power, has actively been on this business--changing name of streets, institutions, airports and now even the railway stations.

Upadhyay had died under mysterious circumstances while travelling in a train at Mughalsarai station on February 11, 1968. Mughalsarai is one of the busiest stations of the Eastern Railway.

Last year, Delhi's 'Paryavaran Bhawan' was renamed as 'Pandit Deendayal Antyodaya Bhawan'. Prime Minister Narendra Modi himself proposed to change Gujarat's Kandla Port to Deen Dayal Upadhyay Port. The situation is such that one can begin to imagine living in the 'Deen Dayal Upadhyay' era.

While they are at it, one wonders  why use just one person's name? Have they fallen short of eminent figures? The nationalist party seems to be emulating the Congress, which named almost every institution or structure after Indira Gandhi or Rajiv Gandhi.

We suggest 15 names from South India that could be an alternative every time BJP thinks of renaming something:

Renaming cities in India began 20 years ago in 1996 when the BJP and Shiv Sena renamed Bombay. It was followed by Madras, which became Chennai, to the surprise of non-Tamilians who had never heard the word Chennai before the late 1990s.

The Communists then renamed Calcutta, which again was a city which always was pronounced in three ways. Kolkata when speaking in Bengali, Calcutta in English and Kalkutta in Hindi or Gujarati.

The BJP has long wanted to rename Ahmedabad, a city built 600 years ago by Ahmed the first of the Gujarat Sultanate. The BJP wanted the city to be called Karnavati, after the Solanki king Karna.