Is A Tata Sons Vs Mistry Legal Battle Inevitable?

Mistry was handed over a group that was in bad shape. Did he have a choice but to take tough decisions? 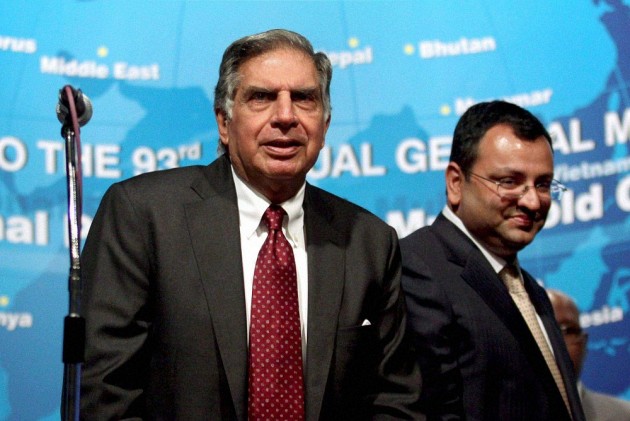 The swords are drawn at Bombay House. Following Monday evening's coup which saw incumbent chairman Cyrus Mistry removed from his post and former chairman Ratan Tata reinstated for four months, the group may be looking at a prolonged legal battle in the coming months.

This is because unlike normal boardroom ousters, the Bombay House shocker had many oddities. First, Cyrus Mistry was not officially informed about the agenda of the Monday meeting which included him stepping down from the chairman's post while the remaining eight board members had it in their agenda files. Being the chairman, he should have been told about the agenda. Also, being the chairman and the subject of the vote, he did not have a vote when the motion was put to the house. And the most crucial, till date, no official reason has been given for the ouster of Mistry from the chairmanship of Tata Sons.

Already the Tata group has filed caveats in the Bombay and Delhi High courts anticipating legal action from the Mistry camp. This can only happen when you expect the other side to go to court against you or you have done something that can be challenged in court. In this case, it was probably both.

Though Cyrus Mistry's team has not approached the courts yet, they have expressed their intention to do so. Already there are unofficial statements from lawyers working in his side that they are preparing their legal arsenal and will approach the courts soon. This is evident from the fact that eminent lawyers are being roped in by the Mistry camp to represent them in the case. But nothing has happened here as yet as the Mistry camp is keeping the cards close to their chest.

Though there is no official or unofficial word about the reasons for the ouster, at the heart of the issue is the businesslike approach adopted by Mistry to run the Tata Group companies. But given that Mistry inherited the Tata group at one of its most difficult times when most of the Tata group companies, barring software and services company TCS, were doing extremely badly and the steel sector, one of the Tata flagship sectors, was doing badly globally, Mistry had little choice but to take tough decisions.

Many analysts feel that Ratan Tata had a more compassionate approach towards the Tata companies and dealt with them through his heart while Mistry took a hard business approach in dealing with them. This is evident from the fact that he took difficult decisions like closing down and selling off the UK steel business. It was also during his time that the Tata group entered into a dirty fight with the Japanese DoCoMo group regarding separation from the Tata group which went to arbitration where the Tata group eventually lost. All these did not go down well with Tata.

But perhaps Mistry cannot be blamed squarely for his approach. Ratan Tata who started many of these companies and nurtured them for years, being instrumental in many of their acquisitions —Tetley, Corus, Jaguar Land Rover—had an emotional connect with them. His decisions and approach was driven by that. Mistry in contrast was handed over the profit and loss accounts of a group that was in bad shape, when he took over. Did he have a choice but to take tough decisions? Above all, many experts feel four years was a tad short to manage and turnaround a group of this size and Mistry should have been given more time.

What is more important is that with the new strategies being brought in by Mistry, his vision 2015 and his all powerful Group Executive Council, which were brand new things for the Tata Group, the Ratan Tata imprint had started fading within the group, something, perhaps the 78 year old patriarch was not ready to accept. It is but clear that Monday's coup had his imprint written all over it and his influence working in executing this unprecedented move for the Tata group.

If Mistry goes to court against his removal, and chances of that are high, it will be a dirty fight. This will be clear in the coming few days. Once that happens, the rule books and the Articles of Association will be brought up and the validity of the board decision will be challenged. Some lawyers are also bringing forward the fact that the mandatory 15 days notice under the section 121 B of the Article of Association was not provided in this case and that the incumbent chairman was never given a chance to explain his side. It will also bring forward question of treatment of minority shareholders in the group. Above all, this will also bring to question the group's standards of corporate governance and what it stands for. The Tata group will have to provide answers for all these.

This is evident from the fact that eminent lawuers are being roped in by the Mistry camp to represent them in the case.