The off-spinner took three wickets for 50 runs in an extended spell. At the close of play, India were still leading by 59 runs with Australia at 191/7. 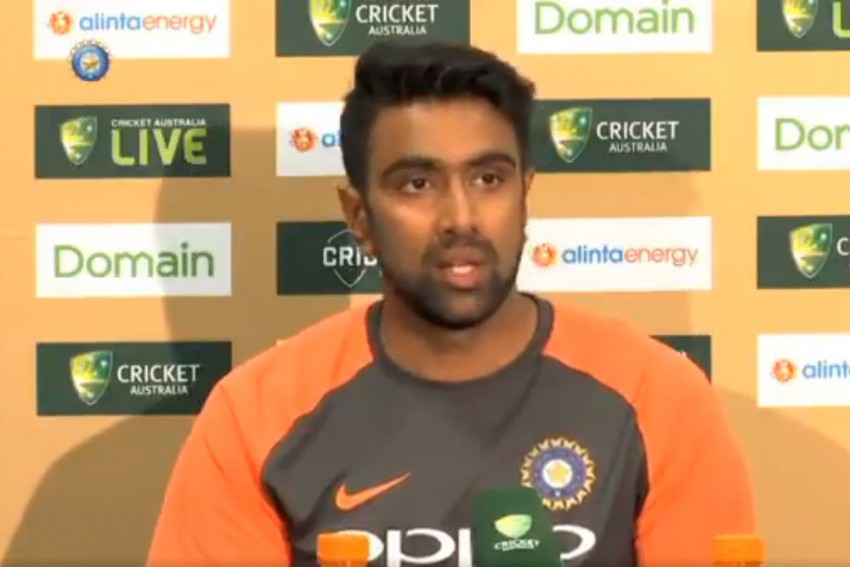 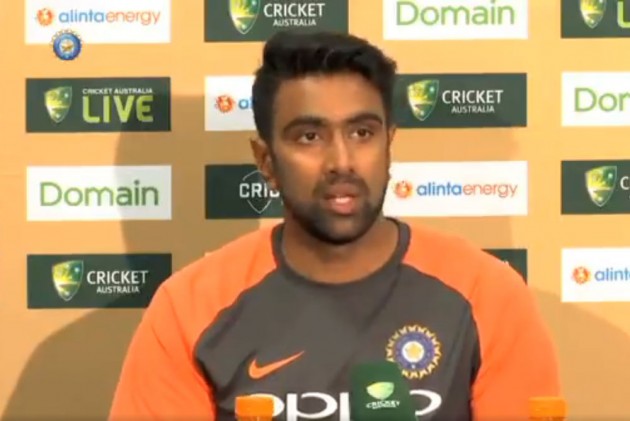 Ravichandran Ashwin led India's fightback against Australia on Day 2 of the first Border-Gavaskar Trophy Test match at the Adelaide Oval on Friday.

The off-spinner took three wickets for 50 runs in an extended spell. At the close of play, India were still leading by 59 runs with Australia at 191/7.

Ashwin said the match is "extremely well poised" and every run in the remaining days will be worth its weight in gold.

I feel the game is well poised and every run from here will be gold dust - @ashwinravi99 #AUSvIND pic.twitter.com/cWqlwuRmz9

"I thought we really bottled them up, soaked them up and put on pressure from both ends," said Ashiwn, the most successful visiting bowler.

"We don't isolate it as a fast bowling or spin bowling pack. We identify it as a bowling unit together because one cannot exist without the other. Today was another perfect attrition day for us," he said at the post-match press conference.

Australia trailed by 59 runs and Ashwin said the Test was still on equal terms.

"I bowled an extended 22-over spell even before and after tea to make sure that we do not give away more runs.

"I see it as neck-and-neck in the game. Whoever can get momentum from hereon has the edge in this Test. I think it is extremely well poised. Every run is going to be gold dust from here."

About the pitch condition, he said, "I thought there was a bit more stickiness yesterday and the speed has definitely come down. When we were batting yesterday I don't think it was as slow as it was today.

"I think the wicket has slowed down considerably and I don't expect it to quicken up more either. I think it's going to slow down more."

Ashwin would not predict how much the pitch will slow down or deteriorate.

"I don't know what's going to happen because it is a drop-in wicket. Because of the amount of grass I don't see the footmarks widening as much as they did the last time (in 2014).

"If anything has to be done, you have to do it on the fourth or fifth day. We need to see how much it grips.

"Adelaide generally offers a bit of spin but looking at the grass today we didn't think we would get the hold that we are getting out there. There is a little bit of hold in the wicket and it is not considerable or vicious."

The senior tweaker felt that the drift he was able to get did the trick for him.

"There is not a lot happening off the straight or fizzing through (off the pitch), nothing like that.

"I was getting drift both ways, in and out, and I was able to control both that drift and get the batsmen holding their feet inside as well as outside the stump and hence hold them.

"That's how we got Usman Khawaja out and Shaun Marsh out as well. That's something that worked in my favour because of the drift, the ball going away and coming back in. It happens in Melbourne too. So I am backing on that to give me some really good results," he said.

Asked about bowling to the Australian left-handers, in particular, Shaun Marsh, whom he has dismissed five times now, Ashwin said, "I have dismissed quite a few other left-handers many more times. He is a fantastic player.

"There is a certain pattern that we saw through his videos before we got into the game. It was a sort of initial set-up that we wanted to do.

"Today the plan worked and not in the fashion that he dragged it on. But Shaun Marsh is one of the players that has played spin well in that batting order. So we thought it is a different plan for him going into this match."

He said footmarks on the pitch was helping the odd ball to spin for the right-handers.

"There are ones that are going straight. I have not bowled much to the right-handers in this game but when Pat Cummins was playing, one went through the gate. So there is a lot of action happening for the right-handers.

"But there is not much happening for the left-handers for an off spinner. It is not easy to make the shots when you get the pace right though and there is a bit of hold because of the thickness of the grass."

This is Ashwin's third tour of Australia and he said the experience of 2011, when Michael Clarke hit him out, was a learning curve.

"First time when I came here in 2011, Michael Clarke kept driving me through covers a lot. I was a bit inexperienced and kept tossing the ball up.

"Obviously that's where you learn from burning your fingers once. I did not expect them to come after me very hard, but if they did I will be very happy.

"Last time I did pretty well and I was very confident. That's where my whole turning phase started as a bowler. So I was pretty confident coming here."