It's the sixth time that Starc has dismissed Vijay in 213 balls. The Indian opener managed to take 93 runs off those deliveries. 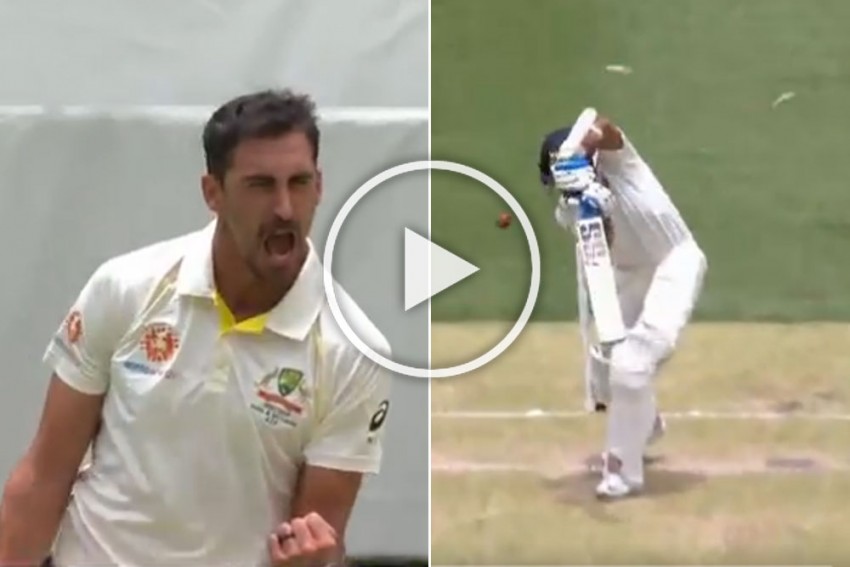 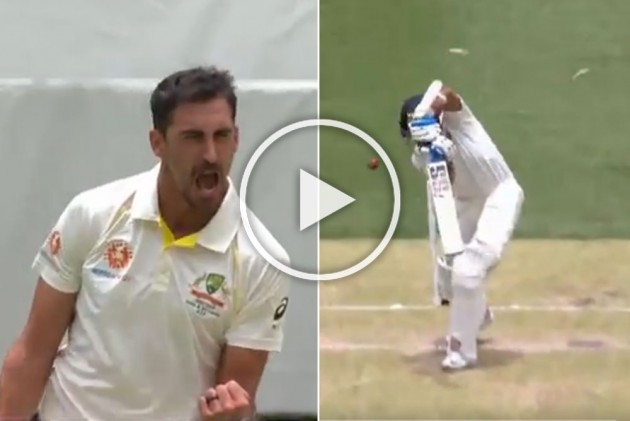 Aussie pace spearhead Mitchell Starc produced a beauty of a delivery to dismiss Murali Vijay for the sixth time in Test. During Day 2's play of the second Test of Border-Gavaskar Trophy series at Perth on Saturday, the Aussie left-arm pacer produced a beauty to breach the defence of Indian opener.

In the third over of the Indian first innings, Vijay tried to play a defensive shot against the last ball. But the Indian opener failed to read the late movement.

As Michael Clarke said, the length of the delivery was the key – pitched up, nice and full, it swung back into the right-hander, and it breached the little gap between the bat and pad.

SEED! Mitchell Starc was fired up after this beauty to knock over Murali Vijay before the lunch break ðÂÂÂÂ¥#AUSvIND | @Toyota_Aus pic.twitter.com/pgm50xJ8pG

Well, it's the sixth time Starc has dismissed Vijay in 213 balls. The Indian opener managed to take 93 runs off those 200+ balls.

After losing Murali Vijay at the stroke of Lunch, and KL Rahul soon after, skipper Virat Kohli and Cheteshwar Pujara put on 62 runs for the third wicket.

But India lost Pujara in the 39th over at the score of 82.

Kohli and his deputy Ajinkya Rahane has since steadied the Indian ship.

India bowled out Australia for 326 in the first innings with Ishant Sharma taking four wickets.

India won the first Test by 31 runs to take a 1-0 lead in the four-match Test series.