India had initiated the "unprovoked ceasefire violation" that led to an exchange of fire between the two countries' border forces, the ISPR alleged. 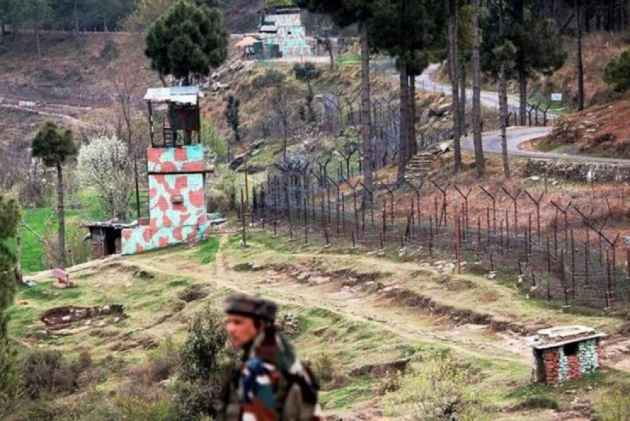 A group of five army commandos crossed the Line of Control in Poonch sector of Jammu and Kashmir and killed three Pakistani soldiers and smashed a post, in a swift and daring operation on Monday evening.

The operation, which brought back memories of last year's surgical strikes, is seen as avenging the killing of four Indian Army personnel by a Border Action Team of the Pakistan Army in Keri sector Rajouri district three days ago.

Army sources said the "small group" of 'Ghatak' commandos carried out a tactical level selective targeting of the Pakistani post around 200-300 metres across the LoC in which three Pakistani soldiers were killed and one was injured.

The operation began around 6pm and the team returned to their camp within 45 minutes and none of them sustained any injury, they said.

The temporary post of the Pakistan Army was put under extensive surveillance much before the operation was carried out on the instruction of the local commander of the Army unit.

On Saturday, the Border Action Team of the Pakistan Army had killed four Indian Army personnel, including a Major, in Rajouri.

The sources said Pakistani soldiers killed in the operation were from Pakistan Army's Baluch regiment and the temporary post targeted by the Indian Army was in an area which Pakistan calls Rukh Chakri sector.

They said there was no comparison between last year's surgical strikes and Monday's operation. A small team of commandos was deployed with a very limited aim in the operation.

There were reports that the number of casualty on the Pakistani side was four but Army sources maintained that three were killed and one was injured.

The Indian Army has been adopting a "tough" approach in dealing with ceasefire violations and terrorist activities in the last one year.

According to official figure, a total of 820 incidents of ceasefire violation by Pakistani troops were reported in the current year till today as against 221 last year.

A total of 61 Army personnel including three Garud commandos were killed in action in Jammu and Kashmir this year while the Army killed 210 terrorists in the same period.

Out of the total terrorists killed, 62 were killed along the Line of Control and 148 in the hinterland in the state of Jammu and Kashmir.