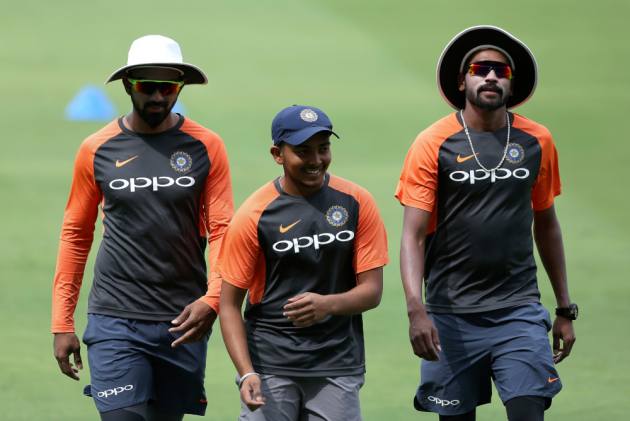 After completing an innings and 272-run rout inside three days, India will hope to produce another clinical performance against the West Indies in the second and final Test.

In the first Test, three Indian batsmen hit tons, including debutant teenager Prithvi Shaw. India declared at 649/9, then the bowlers turned the heat on Windies batsmen, dismissing the visitors twice in two days for 181 and 196 for their biggest innings win. Ashwin took six wickets in the match, while Kuldeep Yadav became the second Indian bowler, after Bhuvneshwar Kumar, to take five-wicket hauls in all three formats of the game.

Jadeja, who hit an entertaining hundred, also contributed with four wickets. All in all, it was one of India's most clinical wins, albeit against a weak side, which was missing their injured captain Jason Holder.

All You Need To Know About The Second Test:

This will be the 96th meeting between the two sides, with the Windies still leading the head-to-head record 30 to 19, while 46 matches ended in draws.

But the last time India lost to the Windies was in the last decade, in 2002 at Sabina Park, by 155 runs. Since then, India have won 11 matches in 20 meetings.

India are unlikely to change. But considering the one-sidedness of the fixture and also skipper Virat Kohli's tendency to field different XIs in the past, there could still be few surprises in the line-up. And don't be surprised if Kohli drops himself to fit in Mayank Agarwal. In the bowling line-up, the spin trio are expected to keep their places, but Mohammed Siraj can come in for Shami.

Windies have plenty to ponder over. Devendra Bishoo, Kieran Powell and Roston Chase were the only notable performers in the first Test at Rajkot. With skipper Jason Holder sure to come back, at least one change is confirmed. The likeliest player to sit out is young all-rounder Keemo Paul. Another player who could sit out is Shimron Hetmyer, for another batman