Indian security forces on Sunday gunned down 13 militants in three counter-insurgency operations in Anantnag and Shopian districts of Jammu and Kashmir. 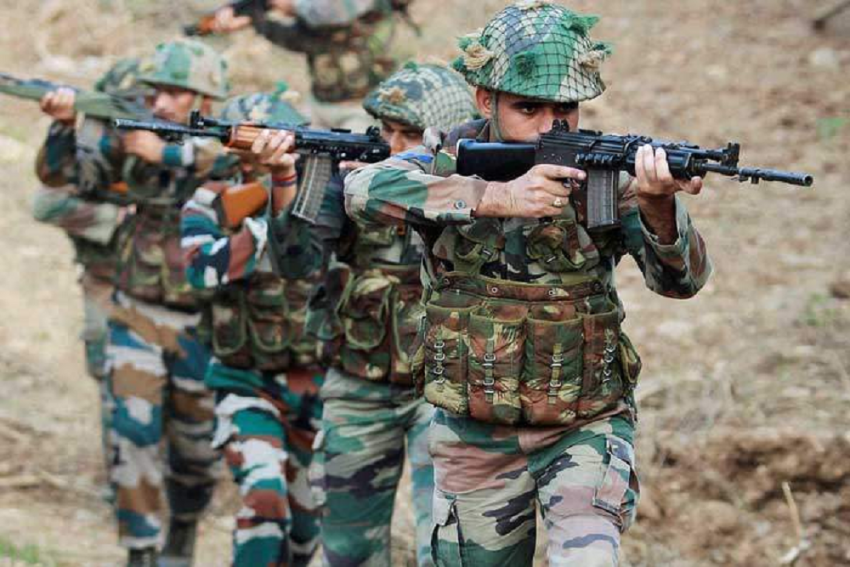 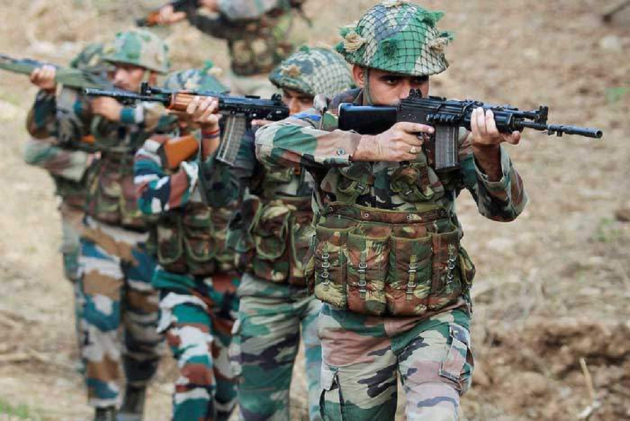 On 'Kashmir Solidarity Day' being observed in Pakistan, Foreign Minister Khawaja Asif today accused India of trying to resolve the Kashmir dispute "through the barrel of the gun".

Asif said this in a statement, "The recent killings of 20 unarmed civilians in Indian Kashmir are again a manifestation of the Indian policy of trying to resolve the dispute through the barrel of the gun," he said.

Indian security forces on Sunday gunned down 13 militants in three counter-insurgency operations that also claimed the lives of three Army jawans and four civilians in Anantnag and Shopian districts of Jammu and Kashmir.

"The massacre carried out by the Indian occupation forces is totally unacceptable and should be unequivocally condemned by the international community and human rights community around the world," he said.

Asif said that the people of Jammu and Kashmir were being deprived of the basic right to life and self-determination.

"For the last 70 years the valiant people of Indian- occupied Jammu and Kashmir are waging a heroic struggle against Indian oppression, for the realisation of the inalienable right to self-determination which has been envisaged in the United Nations Security Council resolutions," he said.

These resolutions remain unimplemented because India has backed out of its commitments and wants to continue with subjugation and oppression of the Kashmiri people, he said.

"The courageous people of IoK have rendered unmatched sacrifices in this indigenous struggle. The atrocious Indian brutalities have failed to suppress their inviolable spirit," Asif said.

He said government and people of Pakistan and the people across the world salute the Kashmiri people for their courage, bravery and persistence in the just struggle against "Indian occupation" and reiterate the continued and steadfast political, moral and diplomatic support to them.

Asif said Pakistan reminds the international community of its responsibilities and urges them to fulfill their promise made with the people of Jammu and Kashmir by implementing UN Security Council resolutions.

To investigate gross human rights abuses, the international community should urge India to give access to the UN and OIC fact-finding missions to Jammu and Kashmir, he said.

Pakistan's Cabinet on Monday decided to observe Kashmir Solidarity Day in response to the latest violence.

Radio Pakistan reported that different programmes including rallies, demonstrations and walks were being held across the country and in different parts of the world by Pakistanis and Kashmiris to draw the attention of the international community towards the "Indian atrocities" in Jammu and Kashmir and to highlight the need for peaceful resolution of the longstanding dispute.

Separately, President Mamnoon Hussain assured Kashmiris that Pakistan firmly stands by them and would continue to support their just struggle.

The president appealed to the international community to play its role in stopping bloodshed of Kashmiris and resolution of the longstanding issue.