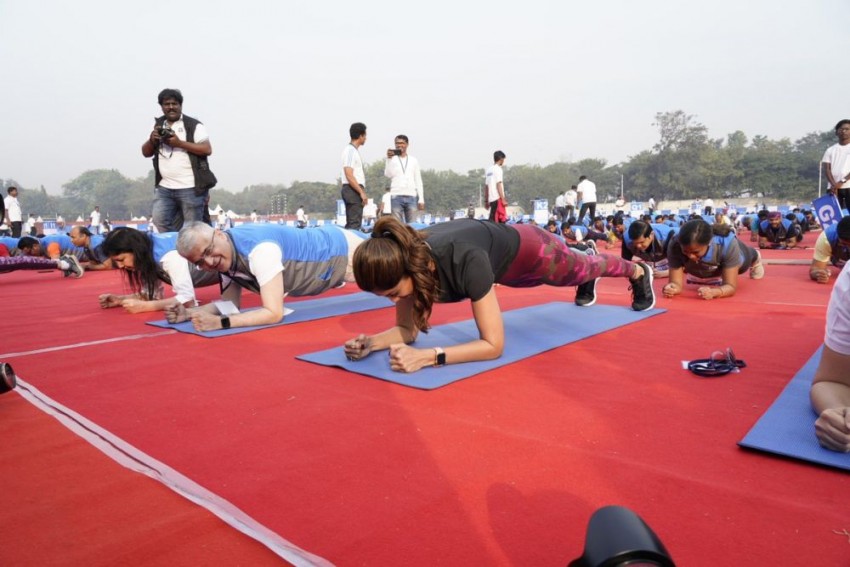 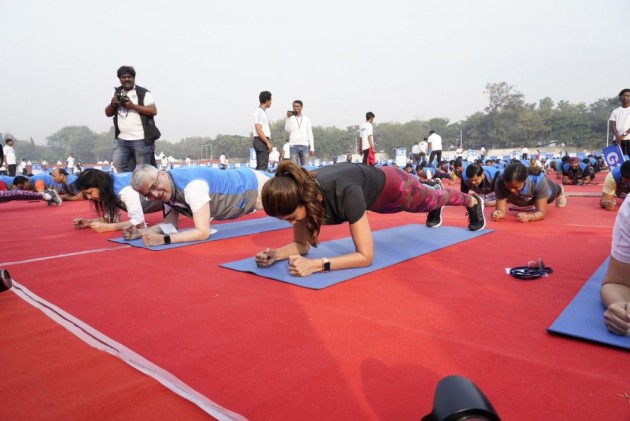 India has achieved a new spot on the Guinness World Records as 2,353 people, led by Bollywood actress and fitness enthusiast Shilpa Shetty Kundra held the abdominal plank position for 60 seconds simultaneously on Sunday.

The initiative was organised by Bajaj Allianz Life Insurance Company at the Armed Forces Medical College ground in Pune.

The #36SecPlankChallenge campaign stepped up to a whole new level as we broke the #GuinnessWorldRecords title at the #BajajAllianzLifePlankathon. Thank you Pune for participating in this event and placing #India on the global fitness map. Good health leads to #LifeGoalsDone.@GWR pic.twitter.com/L3WlXvvx26


India set the new record breaking the earlier record created by China where 1,779 people held a plank for 60 seconds at the Central Park in Lu'an, Anhui, China on March 18 in 2017.

With great pride and gratitude, we can now announce that #BajajAllianzLifePlankathon now holds the Guinness World Records for the maximum number of people holding an abdominal plank!

Today, we can proudly say that we've come one step closer towards getting our #LifeGoalsDone! pic.twitter.com/Kf2R9ukp1a


Sharing her excitement, Shilpa said,  "Anything to do with fitness and somewhere to bring about a change and create awareness on fitness... I will always be there. As I always say that health is important, I will be supportive to anyone who is making choices towards that direction."

Fitness enthusiasts gathered here on Sunday morning from different walks of life to be part of the plankathon and pledged to work hard towards good health and better lifestyle.

"When I came at 6 a.m. in the morning, the number of participants which is more than 2,000 people, was more than enough for me to feel excited and be part of the initiative," said the actress.

What a beautiful sight it is to see thousands of people participate in the #BajajAllianzLifePlankathon. ðÂÂÂÂÂÂ pic.twitter.com/LNur4JFNvH

The event started with a basic warm-up exercise, but with groovy music as opposed to regular gym instructions. Then before the participants held the plank, Shilpa along with a young fitness enthusiast demonstrated the plank posture for the participants so that everyone could get the posture correct.

Then all the participants held the plank for a minute to create the record.

Asked for how long she can hold a plank on a usual day, Shilpa said, "I am capable to hold it for two minutes. Experts say that one can hold for that long if only the person is at his/her fitness best."

Nath said, "It was wonderful to witness the enthusiasm and zeal, which was exhibited here today, in setting a new Guinness World Record. I congratulate the brand on achieving a new benchmark in the category most people holding the abdominal plank position."

Important For Men To Change Mentality For Women To Feel Safe In Society: Farhan Akhtar