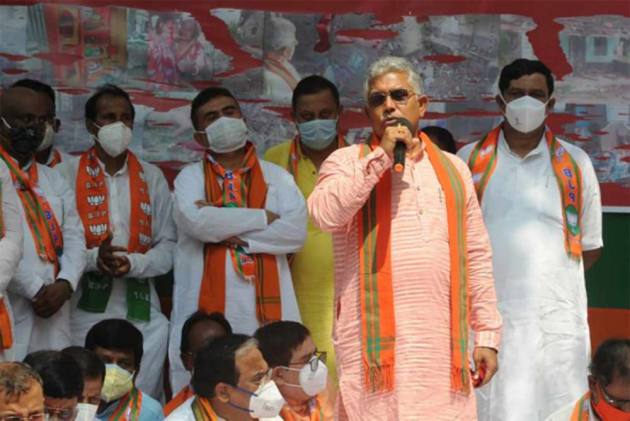 YouTube on Friday pulled down a video shared by West Bengal BJP president Dilip Ghosh, which showed visuals of purported post-poll violence in the state.

Ghosh on Friday shared a couple of YouTube videos of the post-poll violence on his Twitter timeline with the caption: "Some of the illustrious achievements of the Trinamool Congress government in past two months.”

Meanwhile, responding to the developments, Bengal BJP spokesperson Shamik Bhattacharya claimed that YouTube was compelled to remove the clippings shared by Ghosh on Twitter as there were scenes of "brutal violence" and added that such violence was a harsh reality in Bengal.

Ghosh, an MP, on July 21 alleged that over 30 BJP activists were killed in post-poll clashes in West Bengal.

The state BJP chief was not available for comments on the deletion of the videos, Bhattacharya, however, said, "The violence was brutal, it exceeds all civilised norms. That is why YouTube is shocked and compelled to remove the videos. As stated by our party for over two years and the NHRC now, this is the real situation of West Bengal."

In an indictment of the Trinamool Congress government, a committee, constituted by the NHRC on the order of the Calcutta High Court to investigate alleged human rights violations during post-poll violence, had said in its report that the situation in the state is a manifestation of "Law of Ruler" instead of "Rule of Law".

West Bengal Chief Minister and TMC supremo Mamata Banerjee on July 22 claimed that BJP was using fake videos to back up its "concocted stories" about post-poll violence.

Clashes broke out between TMC and BJP supporters in West Bengal soon after the results of the recent Assembly elections were declared in May. Many people lost their lives and many others were displaced from their homes due to the violence.