'You Can Question But Not Abuse Govt': CPI(M) Leader MB Rajesh On Party's Decision To Boycott Asianet News

In an exclusive interview with Outlook, Kerala CPI(M) leader M.B. Rajesh explains why his party decided to boycott the Asianet News debates and what he thinks was the reason the representatives of his party were allegedly interrupted by the anchors during the debate. 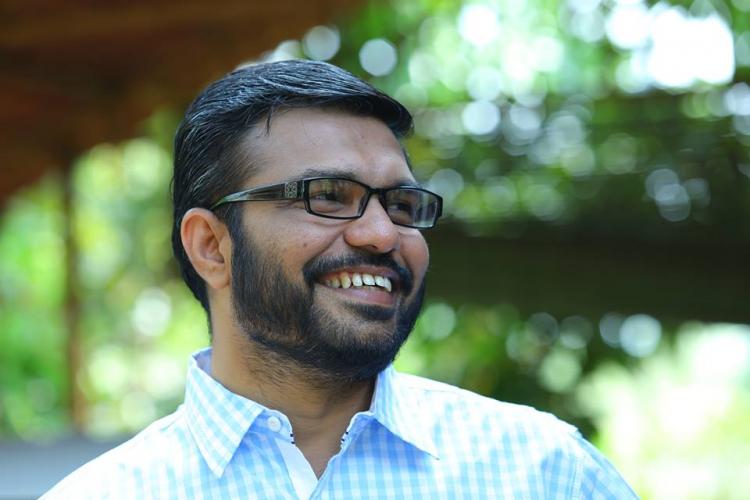 The CPI(M) in Kerala on Monday announced an indefinite boycott of Asianet News accusing the news channel of indulging in one-sided coverage and unfair practices on its debates as also meting out abuse to party representatives. M.B. Rajesh, former MP and CPI(M) state committee member, has been one of the most vocal critics of the channel. He spoke to Outlook on the rationale behind the boycott and his own experiences in a recent debate.

Q) Prior to the boycott, you released a widely-shared video segment titled ‘True Story’ to counter certain points raised in an Asianet News debate on the e-mobility project row and the involvement of Pricewaterhouse Coopers?

I released that video on Sunday (July 19) as a clarifying response to a debate I attended where the anchor and panel tried to deliberately mislead viewers on six key points related to the e-mobility project. During the debate, I was not allowed to counter these falsehoods since I was interrupted 18 times. The anchor did not permit me to conclude even a single argument. This has been happening time and again with CPI(M) representatives. Before me, Comrade P. Rajeev was interrupted on 13 occasions and MLA Swaraj was interrupted on 17 occasions.

Are Newsrooms Run By Political Masters? Why Are Editors Compromising On Truth Telling?

The panels have also not been balanced. In my case, it was stacked 4:1. I was the only panellist who was representing the government while there was a Congress representative and two ‘independent observers’ who are in reality Congress supporters. The panel compositions have clearly been to allow the Opposition’s points of view to gain the upper hand. While that is their prerogative, our only demand was that we must be allowed sufficient time to counter any arguments presented. But every time, the anchor would allow others to conclude the debate in order to establish a narrative against the government.

Q) How much did your experience factor into the party’s decision?

The party has issued a clear statement as to the reasons behind this boycott. It’s not only that they are interrupting us or taking an anti-government stance but they were verbally abusing and insulting us and our leaders, including the Speaker of the assembly. We cannot tolerate that. The decorum of the debate and a fair, balanced approach was clearly missing. That is why the party has decided not to participate in any further Asianet News debates. We will continue to participate in other television channels, including non-neutral ones.

Q) Is this a blanket ban on Asianet News? For example, will the party still field questions from their journalists during pressers and other events?

That has not been decided. We have no objections in answering their questions. That is not the issue here. The point is that they were not at all fair during their television debates, which have turned into pre-planned attacks on the party and our leaders. They clearly have an agenda to tarnish the party and the government’s image. On July 19, when Swaraj was speaking, they literally switched off the microphone when our representative spoke. We cannot tolerate such unfair practices.

Q)  But is this not the standard practice for news debates on TV?

Barring a couple, almost all TV channels are critical of the government. We have no issues with that. In a democracy, you can criticise and ask any question of the government but you cannot abuse and prevent one view from being aired and expressed. Other ‘neutral’ channels conduct their debates in a much fairer manner.

Q) With the elections on the horizon, does it not reflect poorly on the party to not appear on one of the major news channels?

Not at all. The people are well aware of the politics of Asianet, which is owned by BJP MP Rajeev Chandrashekar. It has always been pro-right wing, but we didn’t expect this much support for the Opposition. The public response to our decision has been overwhelmingly positive. The general mood was that this decision should have taken much earlier.

Q) In the party, there seems now to be an emphasis on social media as a platform to present its views...

This is a new age. We need not rely only on television to reach out to people. There are now various other avenues for us to put the facts before the people. We have decided to counter the mainstream media narrative using alternative platforms. My first ‘True Story’ video was uploaded on my personal Facebook page immediately after leaving the studio where I was not allowed to present my case. That video has been massively shared and circulated across several channels. It has reached over one million people.

Q) The video was widely shared, but one million?

Yes, on my Facebook page alone, the reach was one million. The second ‘True Story’ segment, on the falsehoods being peddled by Manorama, has reached 6.5 lakh on my Facebook page since it was uploaded yesterday. I have been active for long on social media platforms. Going forward, the party has decided to explore the potential of social media much more than we did before. We are in the process of converting the entire party machinery, from the grassroots, into a social media-adept structure.

Q) To counter the BJP’s IT cell?

Definitely. It’s now part and parcel of our political activities. We cannot ignore the influence and the damage being done by ‘WhatsApp University’ and fake news epidemic.

Q) Has either Asianet News or Manorama responded to your videos?

They have not. Asianet was misleading people using blatant lies on the six points I raised in the video. I have countered those using facts and figures. In my segment on Manorama, I have raised 10 instances of misreporting in their coverage, in both the Malayala Manorama newspaper and on the Manorama News channel.

Q) So, will there be a boycott of Manorama as well?

We have not decided. Yes, we have some objections to the way Manorama News conducts its debates. They are also not fair in allotting time or conducting debates, but at least they don’t accuse or insult our representatives. This is an important difference.

Q) Is there room for a compromise with Asianet News?

Let us see whether they will admit their faults and rectify their approach. The ball is in their court. There needs to be mutual respect, if not trust. There is a decent way to express one’s views and criticisms. We don’t have a problem with sharp criticisms, but we are not their slaves.

At the same time, when encroachments on press freedom happen, such as the high-handed ban on Asianet News by the Union government in March, we will definitely support them regardless of ideology or criticism. That is a question of constitutional rights and freedoms. We are not banning them. Boycotting is a form of protest. Our response is a democratic one. I hope this will help Asianet News introspect too about what corrections they need to make in their approach. Criticism is a mutual exercise. When channels criticise us, we also introspect.

Q) The BJP too had boycotted Asianet in 2014 only to return soon after...

When the BJP boycotted Asianet, it was an undeclared action. We have been transparent in officially stating why we have chosen this course. We have nothing to hide. It’s not a boycott like that by the BJP. If we withdraw the decision at some point, we will be just as open in letting the people know our reasons for doing so. We are not planning any further punitive or legal action either.

Q) During that boycott, Asianet journalists had alleged abuse and harassment. Will that be the case this time?

No. If that were the case, it would have happened by now. Our culture and the BJP’s culture are different. We will not respond in the way they responded.