Women Should Be Mindful Of The Occasion While Dressing: TMC MLA Chiranjit Chakraborty 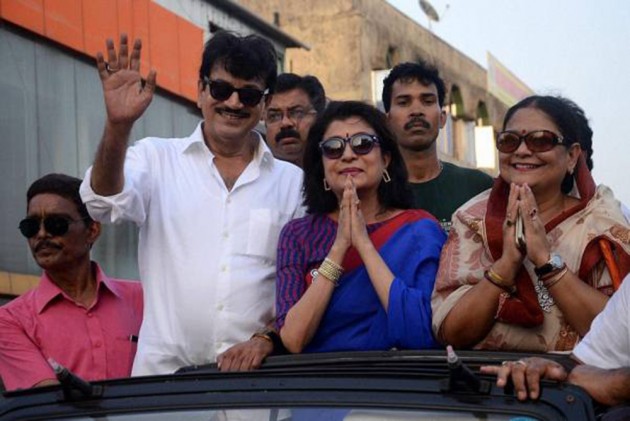 Amid Uttarakhand Chief Minister Tirath Singh Rawat facing backlash for his “ripped jeans” remark, actor-turned-TMC MLA Chiranjit Chakraborty on Friday courted controversy by suggesting that women should be conscious of their surroundings while dressing.

And while the BJP is facing flak for Rawat’s remark, the party on Friday termed Chakraborty’s comment as “uncalled for” and maintained that women have the right to choose what to wear.

Earlier, the Uttarakhand CM had said that he was shocked to see a woman running an NGO in ripped jeans and was concerned about the kind of example she was setting for the society.

Jeans And The Moral Police

Later, he issued a clarification and said that he doesn’t mind women wearing jeans, but he still has a problem with ripped and torn ones.

Meanwhile, Chakraborty on Friday claimed his remark was not a diktat but a "suggestion".
He made the remark while speaking to reporters on the side lines of a party meeting in Barasat constituency in West Bengal's North 24 Parganas district, where he is seeking re-election.

"I am not issuing any dress code, but only offering my suggestion as you (reporters) have asked. One (a woman) should wear a dress keeping in mind the occasion," Chakraborty said, when asked whether he stood by his remark made in 2012 on women's dressing.

"A woman should wear different outfits for a funeral and a discotheque. What she should wear while travelling on a crowded train may differ from her attire at a party. Everyone knows that, everyone is aware of that," he said.

The sitting MLA claimed women feel safe and secure in his constituency.

Chakraborty, while visiting Barasat police station in 2012 to enquire about the progress of an eve-teasing case, had triggered a controversy by saying that women should be conscious of what they wear as all dresses are not appropriate for everywhere and sometimes can look provocative.

He had said that fashion is always evolving but its application has to change keeping time and place in mind to make it more meaningful.

However, he had later claimed that the media had distorted his comments and taken them out of context and asserted that he never believed in imposing a diktat on women.

Nevertheless, his fresh remark too drew flak from the BJP.

"Chakraborty's comments are uncalled for and an affront on a woman's freedom of choosing her attire. Every woman knows what to wear in what circumstances," BJP leader Locket Chatterjee, who was also an actor, said.