Home  »  Website  »  National  »  With RJD-Led Opposition In Disarray, Can Prashant Kishor Do A Kejriwal In Bihar?
Analysis

With RJD-Led Opposition In Disarray, Can Prashant Kishor Do A Kejriwal In Bihar? 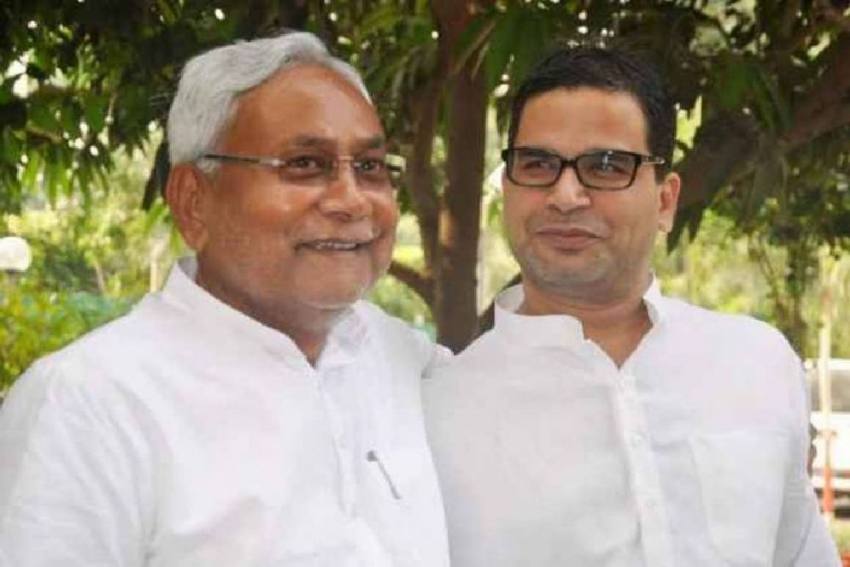 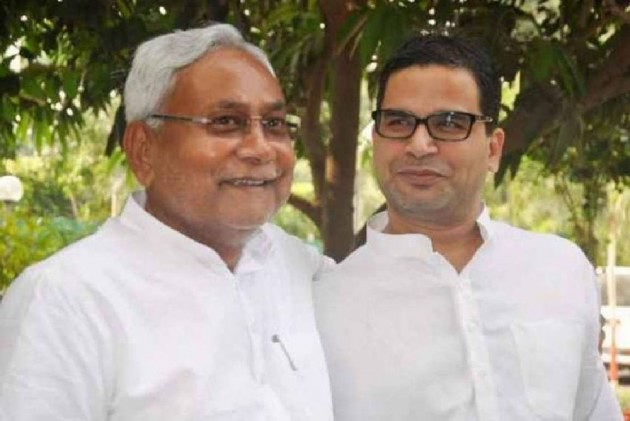 “Phir se ek baar ho/ Bihar mein bahaar ho/ Nitish Kumar ho (Let springtime continue in Bihar with Nitish Kumar at the helm)"--this was the catchy song leading the 2015 assembly poll campaign of the JD(U) leader who became the Bihar Chief minister. The architect of the highly successful campaign, which had projected Kumar as a "vikas purush" (development man), has an altogether different tune to sing today. Prashant Kishor, Kumar's one-time election strategist and JD-U’s national vice-president, now accuses him of having done precious little to extricate Bihar out of the morass of underdevelopment during his 15-year-old tenure.

Time will tell whether Kishor is aspiring to do a Kejriwal in Bihar, but he appears to have taken a step in that direction.

On Tuesday, he went hammer and tongs against Kumar, lambasting him for playing the second fiddle to the BJP in order to cling to power, “which is unbecoming of the leader of the 10-crore people of the state”.

Kishor, expelled from the party last month for criticising Kumar's stand on CAA, NRC and NPR, admits that the JD-U chief was a father figure to him who had always treated him like a son.

However, they had differences over primarily two issues. The first difference was over the CM's ideological positioning, he says. “Nitish would always say that he would never give up the ideologies of Gandhi, Lohia and Jayaprakash Narayan. He would go on to instal plaques to make children aware of Gandhian thoughts but at the same time he would also stand by people swearing by Godse’s ideology."

“How can Gandhi and Godse go hand in hand,” asks Kishor. “As a party leader, he had to explain his stand.”

The second issue, Kishor says, was concerning Kumar's position within the BJP-JD(U) alliance.

“I had more respect for Nitish in 2014, when he was vanquished in the general elections and had only two MPs, than what I have him for today when a leader from Gujarat tells him that he will continue to remain the coalition leader in Bihar,” he says, in an apparent hint to Home minister Amit Shah’s recent statement. “It is not a good thing at all. Nitish is not a manager of another party. It is the right of the people of Bihar only to choose their leader.”

Kishor also reels out statistics on a range of subjects from per capita income to education and electricity consumption, and claims that Kumar failed to change the face of Bihar during his tenure. “In terms of overall progress, the state remains at the bottom in the country, where it was 2005,” he says.

The ruling coalition pooh-poohed Kishor’s remarks but the opposition was quick to call upon him to work for the defeat of the NDA in the upcoming assembly elections. Kishor, however, has ruled out such a possibility for now. From February 20, he will travel through the state to spearhead a new campaign called “Baat Bihar Ki”, enlisting the support of youth who want to see state among the top ten in India.

Political observers believe that Kishor has consciously decided to steer clear of any party or the alliance ahead of the elections as he wants to emerge as a viable third alternative in the state a la Arvind Kejriwal in Delhi.

Since the RJD-led opposition remains in disarray, and many of its leaders stand discredited, he has apparently thought it better to test the political waters with a clean slate by holding out the same old promise of Bihar's development which Kumar dangled for the electorate all through these years.