It echoed the remark made by party supremo Sharad Pawar when the Enforcement Directorate named him in a money laundering case in September. 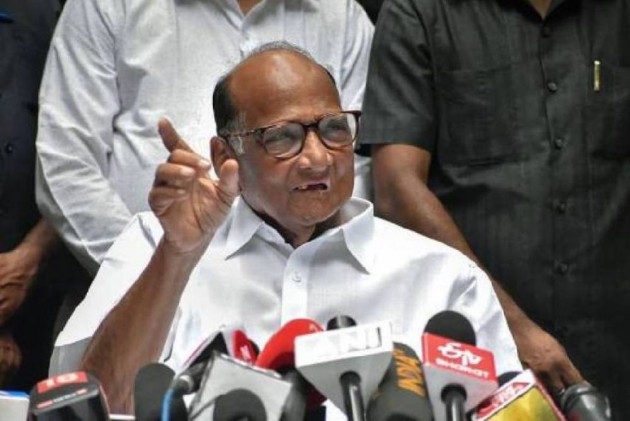 Maharashtra's history shows it never bows before the "throne of Delhi", said a huge banner put up outside the office of the Nationalist Congress Party here.

The banner was seen on Wednesday when newly-elected NCP MLAs met.

"History shows Maharashtra doesn't bow down before the throne of Delhi," it said.

It echoed the remark made by party supremo Sharad Pawar when the Enforcement Directorate named him in a money laundering case in September.

"Maharashtra follows the ideology of Chhatrapati Shivaji Maharaj. We don't bow before the Delhi `takht' (throne)," Pawar had said on September 25.

After the ED named him in the case related to the Maharashtra State Cooperative Bank ahead of the state elections, Pawar offered to visit the agency's office
voluntarily, putting it in a fix.

The ED was forced to inform Pawar that he need not come.

Notwithstanding the defections of some prominent leaders, the NCP went on to win 54 seats in the October 21 polls, 13 more than its 2014 tally, which is believed to have given it a second wind though it could not dislodge the BJP-Shiv Sena combine from power.