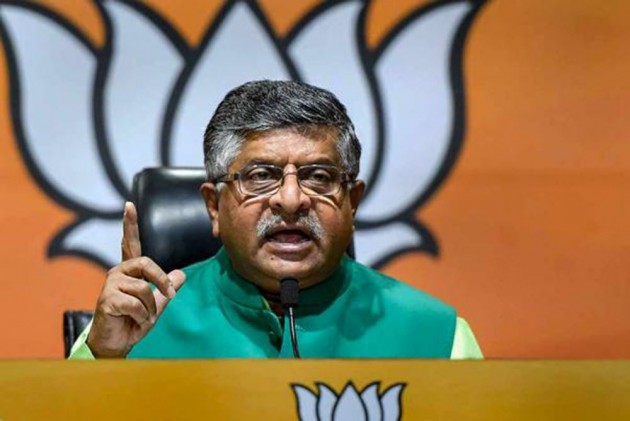 The government will consider revoking the suspension of eight Rajya Sabha members only after they apologise for their behaviour in the Upper House, Union Minister Ravi Shankar Prasad said on Tuesday.

The assertion came after a number of opposition parties, led by the Congress, staged a walkout from the Rajya Sabha demanding the revocation of suspension of eight members of the Upper House. The Congress was the first to walkout from the House and was later joined by the members of AAP, TMC and Left parties.

"We will consider withdrawal of suspension only after the suspended members apologise for their behaviour in Rajya Sabha," Ravi Shankar Prasad told reporters outside Parliament. "We expected the Congress would oppose such unruly behaviour by opposition members in the Rajya Sabha," he added. He also claimed that the government had a clear majority in the Rajya Sabha for the passing of the farm Bills on Sunday.